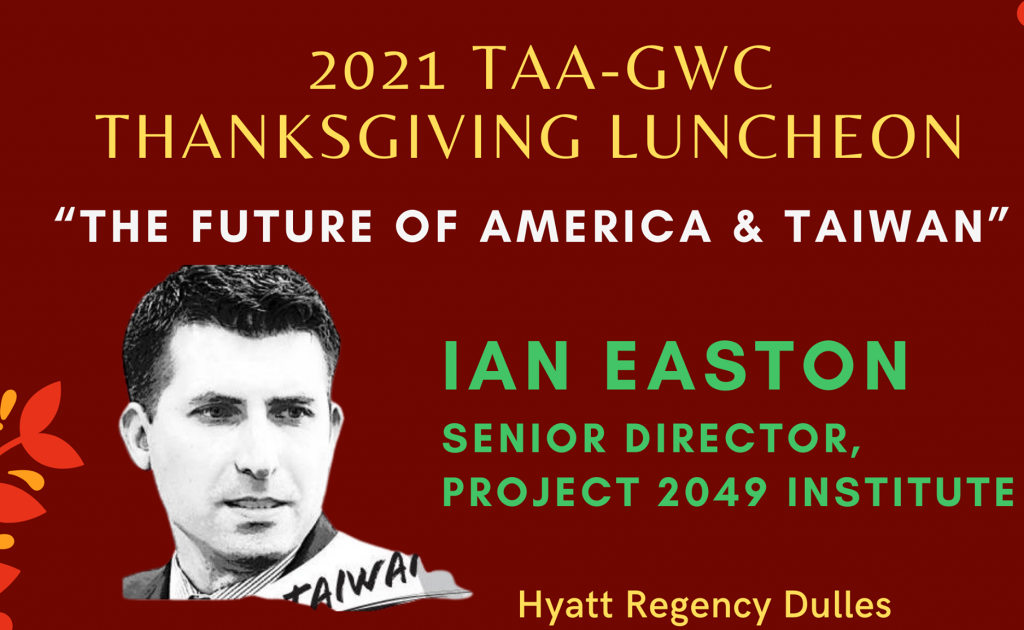 TAIPEI (Taiwan News) — Ian Easton, senior director of the Washington D.C.-based think tank 2049 Project Institute, has said that the U.S. should do more to deter a Chinese attack on Taiwan.

At a Thanksgiving luncheon organized by the Greater Washington Chapter of the Taiwanese Association of America, Easton said that though U.S.-Taiwan relations have improved greatly over the past few years, observers are still concerned Washington is doing “too little too late,” CNA quoted him as saying.

They believe the U.S. should have normalized diplomatic relations with Taiwan after it democratized, but Washington never did so because of bureaucratic red tape, he said.

Easton said that in his eyes, the U.S. has a commitment to defend Taiwan if China attacks.

He revealed that most experts are worried about the situation in the Taiwan Strait and are concerned that the current level of U.S. deterrence is ineffective and will not be able to stop China from invading Taiwan.

They are also worried that if China really attempts to seize Taiwan, Washington may lose in a conflict with Beijing. Whether as a "new cold war" or just a facet of U.S.-China competition, Washington must do something, the think tank director said.

Ultimately, Easton said he believes drastic changes are currently taking place. The United States is moving in the right direction, but the question is whether it is quick enough, he added.