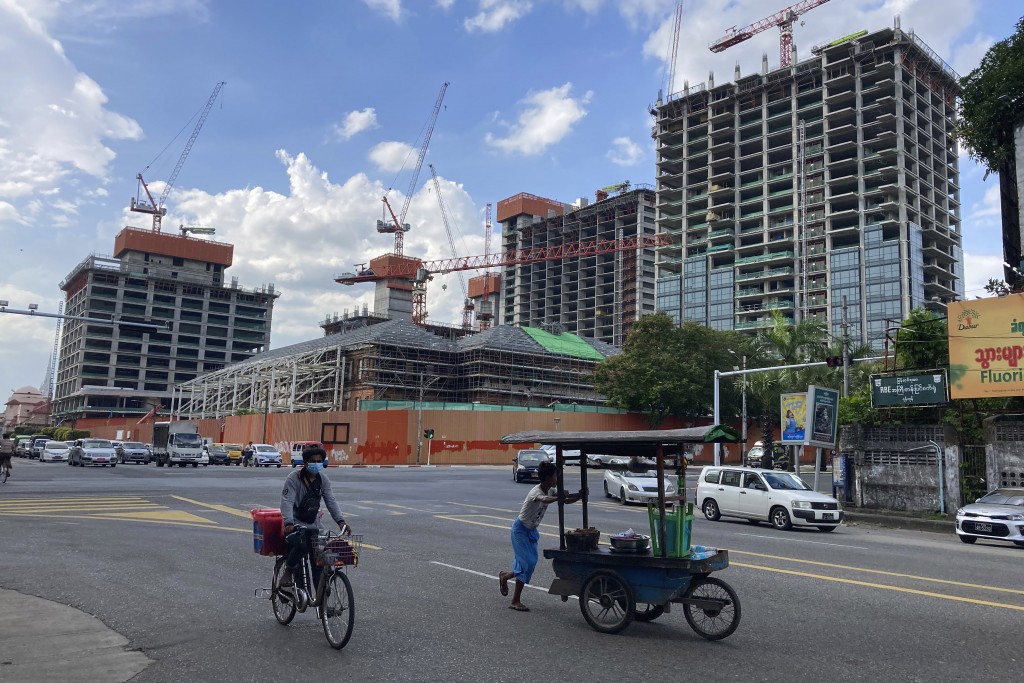 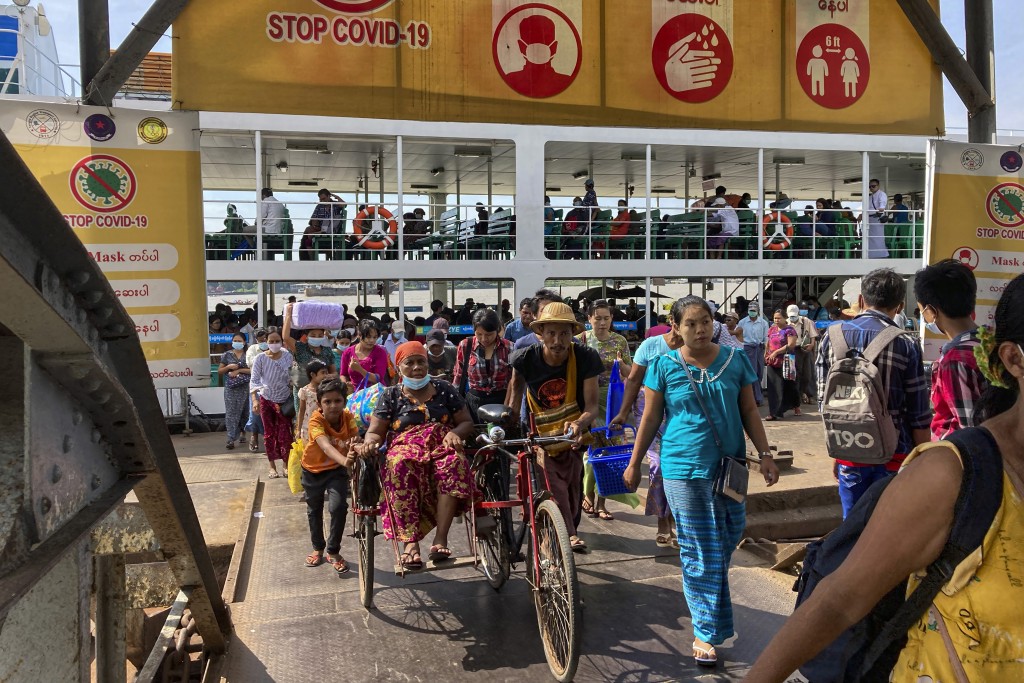 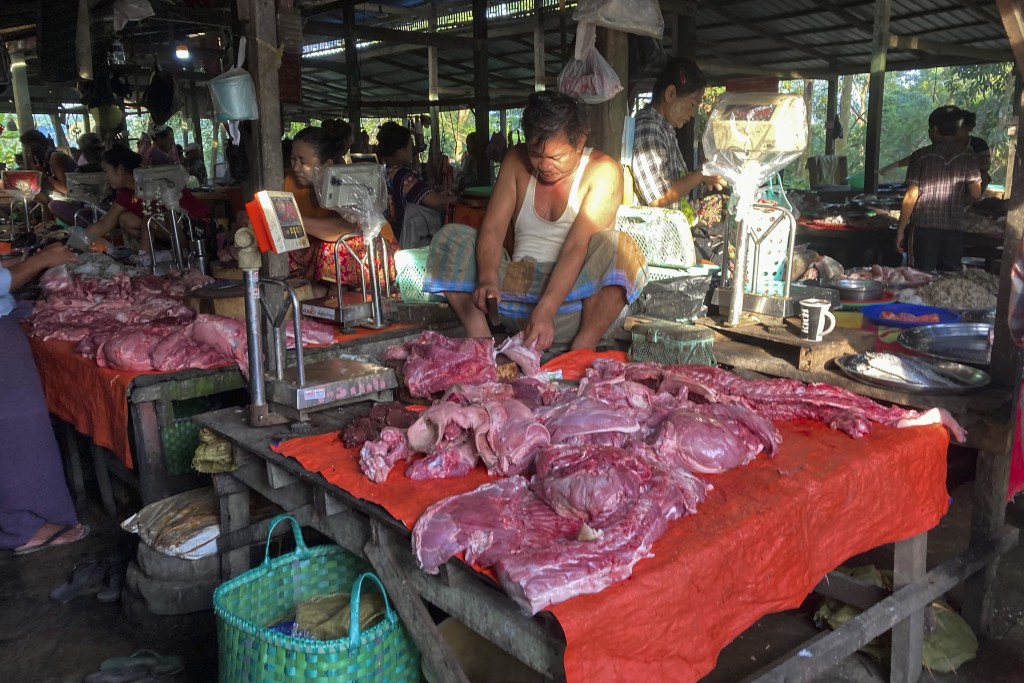 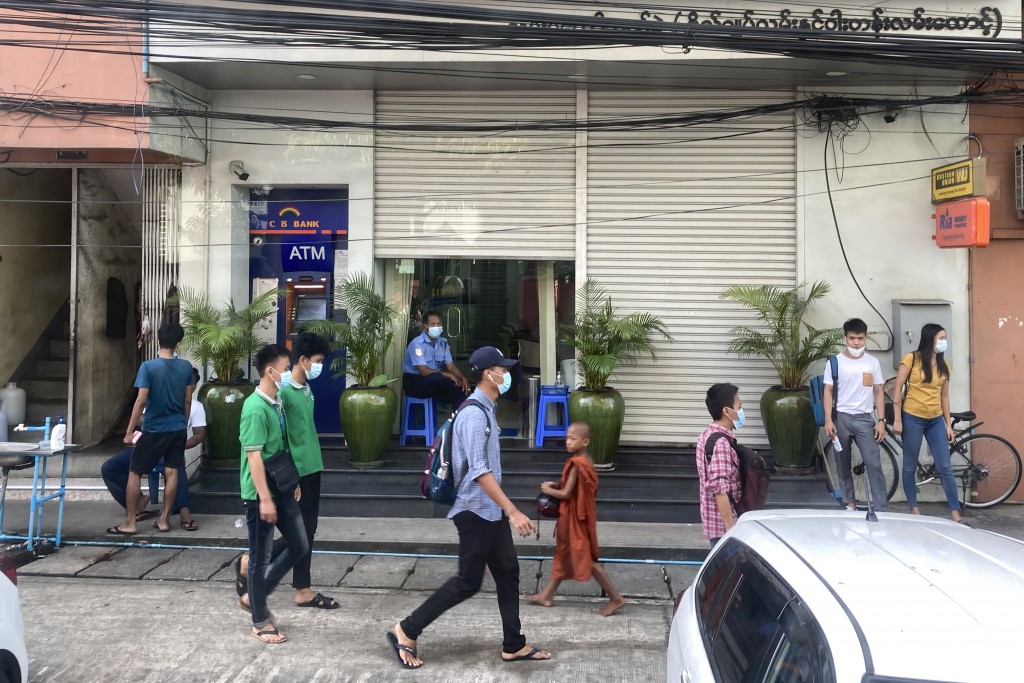 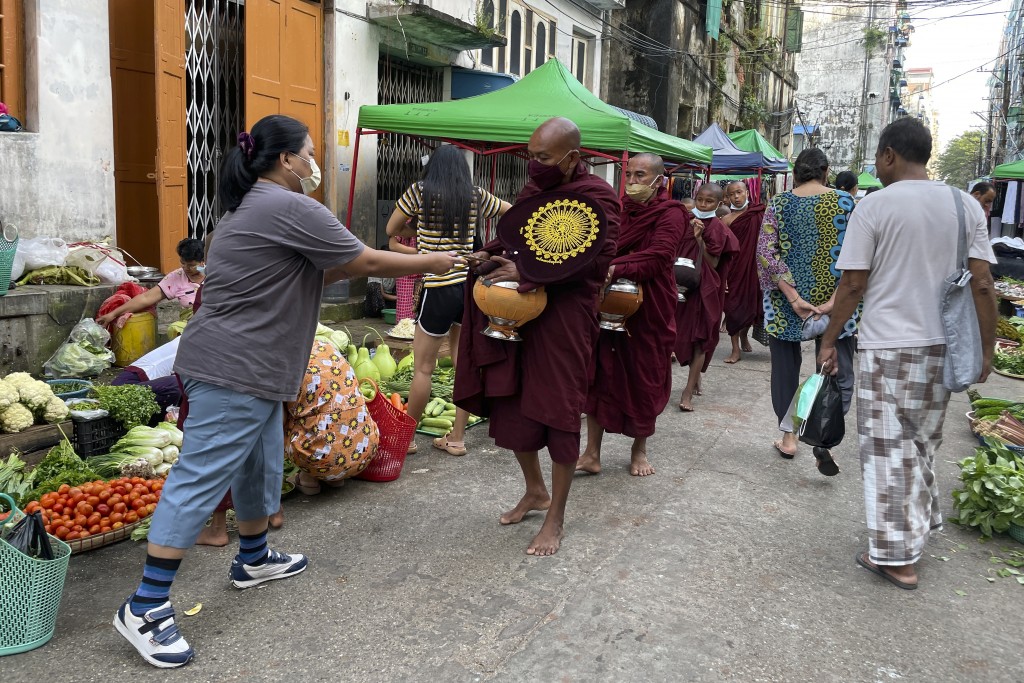 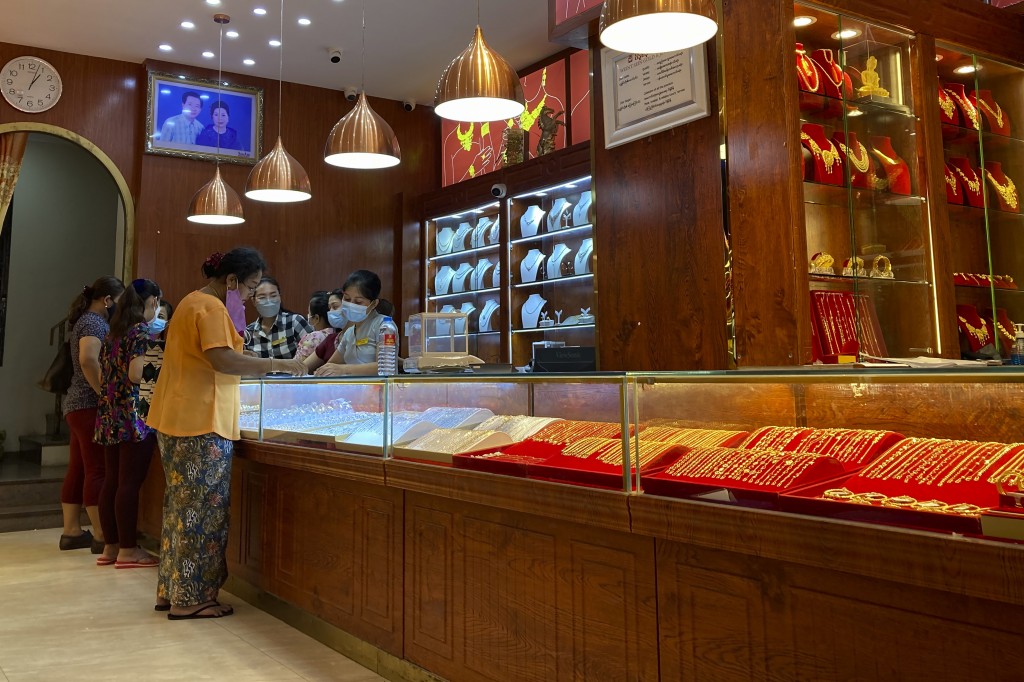 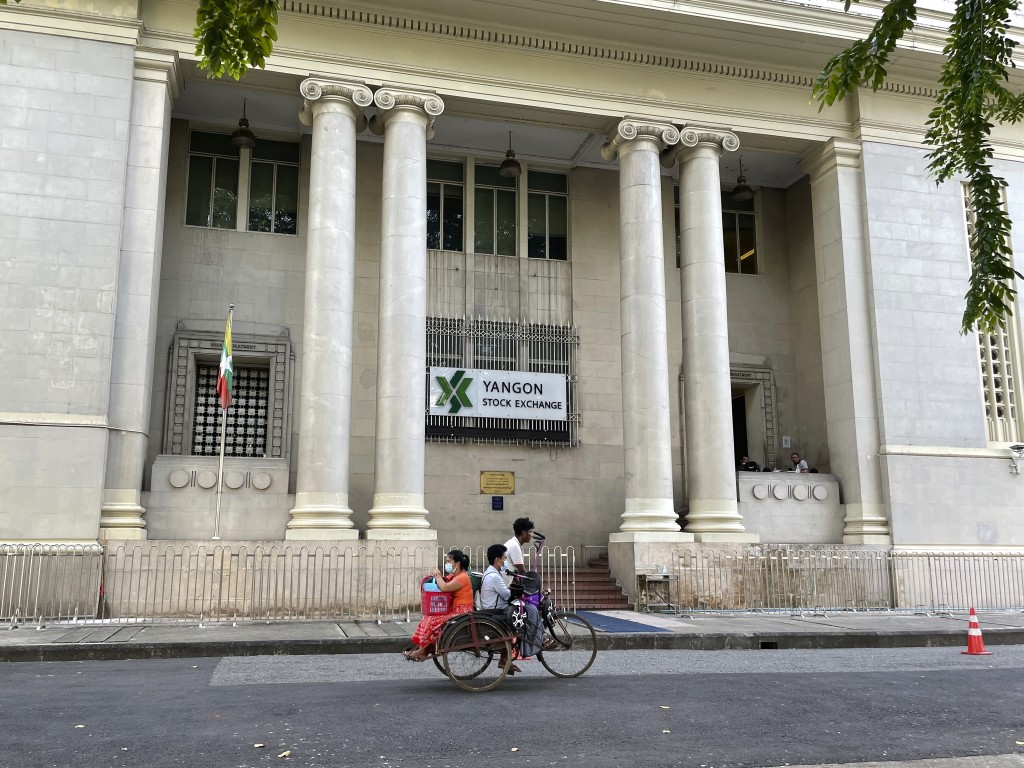 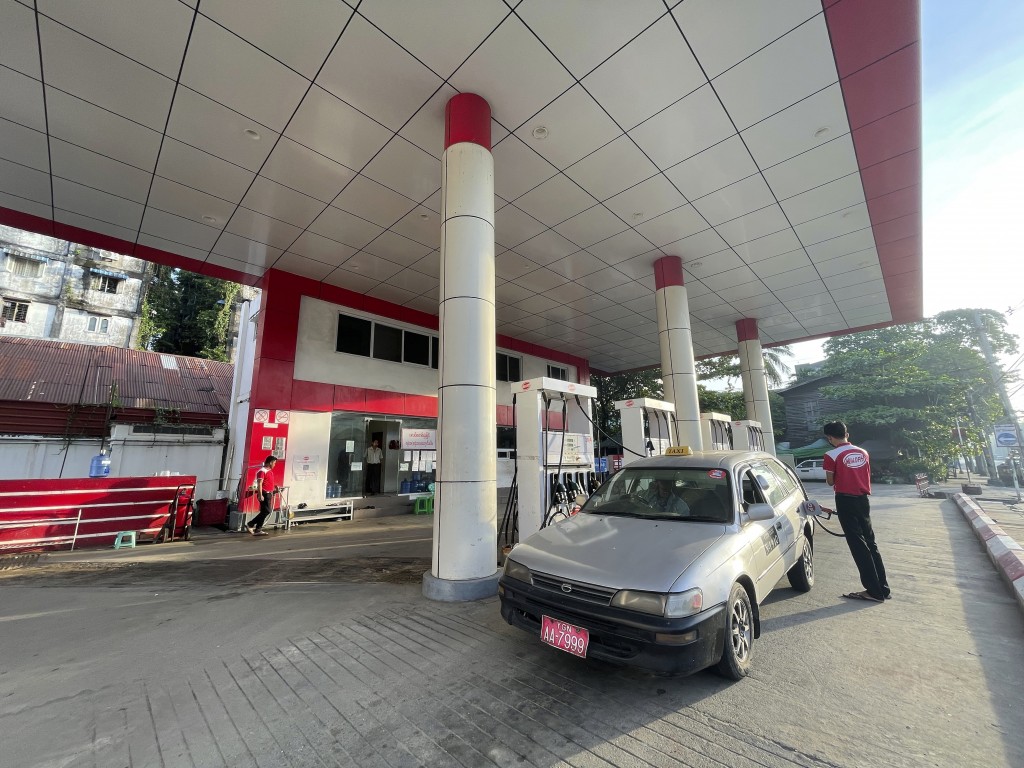 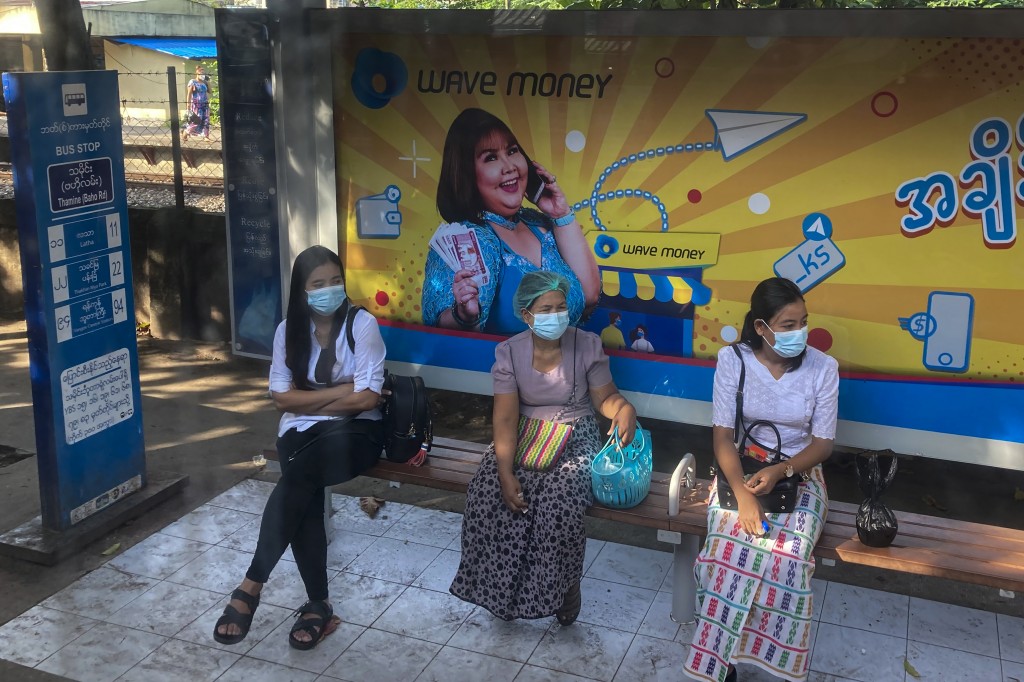 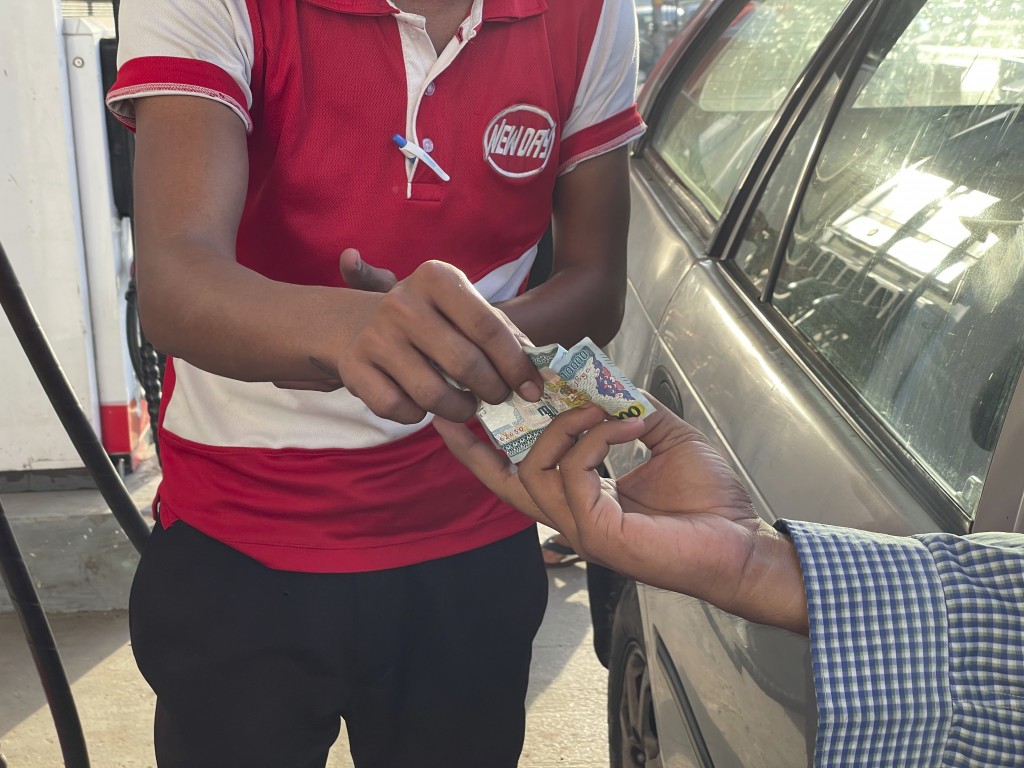 The military takeover in Myanmar has set its economy back years, if not decades, as political unrest and violence disrupt banking, trade and livelihoods and millions slide deeper into poverty.

The Southeast Asian country was already in recession when the pandemic took hold in 2020, paralyzing its lucrative tourism sector. Political upheavals after the army ousted its civilian government on Feb. 1 have heaped further misery on its 62 million people, who are paying sharply higher prices for food and other necessities as the value of the kyat, the national currency, plummets.

With no end to the political impasse in sight, the outlook for the economy is murky.

Griffiths said he was increasingly concerned about reports of rising levels of food insecurity in and around the cities.

Hundreds of thousands of people in the country have lost their jobs and poverty has deepened as Myanmar’s inflation has skyrocketed.

“Imported foods and medicines cost double what they used to . . . so people buy only what they need to buy. And when traders sell an item for 1,000 kyats one day and 1,200 the next, it means that the seller is losing while selling,” said Ma San San, a trader in Mawlamyine township who sells Thai goods.

Myanmar's economy is forecast to shrink by 18.4% in 2021, according to the Asian Development Bank, one of the deepest recent contractions anywhere.

The civilian government ousted in February had been making slow but steady progress toward weaving impoverished Myanmar into the global economy after decades of quasi-isolation under past military regimes. Exports surged over the last decade, after the generals relaxed their decades-long hold on power. Eager to tap a young and low-cost workforce, foreign investors set up factories making garments and other light manufactured goods.

Yangon, the former capital and largest city, was transformed as moldering buildings dating back to British colonial days were spruced up or demolished, making way for new roads, industrial zones, shopping malls and modern apartments. Private businesses popped up, creating jobs and meeting long-deprived demand for products like cellphones and new cars.

But the military still controlled key government ministries and many industries, and corruption and cronyism thrived. Months into Myanmar’s political crisis, the country has returned to the days of black market trading and dollar hoarding.

Trade has been hindered both by the global shortage, and surging costs, of shipping containers and by China's closure of its border to exports from Myanmar to help control coronavirus outbreaks.

Myanmar's total trade fell 22% from a year earlier in the 10 months from October 2020 to July 2021, Senior Gen. Min Aung Hlaing, who led the army's takeover, recently told his military-installed cabinet. He said the country logged a trade deficit of $368 million.

The less Myanmar exports, the less it earns in foreign currency — mainly dollars — making the greenback all the more scarce and valuable versus the kyat.

That has driven up prices in kyats for necessities such as cooking oil, cosmetics, food, electronics, fuel and other increasingly costly supplies that have to be imported using dollars.

The authorities suspended vehicle imports from Oct. 1 to conserve foreign exchange. To stanch the kyat's plunge, the Central Bank of Myanmar has intervened in the market 36 times since February. But such operations have had scant impact, traders say, since most dollars sold by the central bank go to pro-military businesses.

“Some say the dollars issued by the central bank do not meet domestic demand, and we accept that is true,” Maj. Gen. Zaw Min Tun, the military administration’s chief spokesperson, told reporters.

“As a government, we have to take responsibility for what happened in our time rather than blaming the past,” he said. “I want to say that our government is working hard to find the best solution.”

Some people have set up money changing groups to swap kyats for dollars online despite the risks, and the central bank recently issued a notice banning such non-official dealings.

“Online is easier these days. You can easily find people who want to buy or sell. But you need to build trust between sellers and buyers. There are also scammers online,” said Ko Thurein, who often posts dollar sales in the Myanmar Money Changer Group.

Fuel scarcity has become a major problem. Partly thanks to rising global oil prices, the cost of gasoline, which is imported since Myanmar has scant refining capacity, has more than doubled to a record of about 1,500 kyats per liter from about 700 kyats in January.

Zaw Min Tun, the military’s spokesperson, said Myanmar was working on long-term hydropower and wind power projects while trying to conserve energy and cut imports since it could not “cover the demand for fuel.”

“It’s difficult to buy dollars, and oil companies are no longer selling us on credit,” said an official from Max Energy, a major conglomerate operating dozens of filling stations. “You cannot buy everything you want and we have a hard time building trust with them. So we are just trying not to lose too much at the moment.”

He blamed the political crisis. "Even in our country, people do not trust each other, and there is no doubt that foreigners do not trust us. It is also because the banking system is in turmoil,” said the official, who spoke on condition of anonymity given the sensitivity of the topic.

“Gasoline prices have skyrocketed, so we have to raise fares. But passengers don't want to pay. I know everyone is impoverished right now, so people are using buses instead of taxis," said Moe Myint Tun, a taxi driver in Yangon. “When we have high fuel prices, we lose a lot of passengers.”

Like many other modern amenities, bank services have been periodically disrupted by protests and strikes, forcing people wanting to access their cash to use mobile banking apps and pay 5%-7% fees at so-called Pay Money shops providing financial services.

“Because of inflation, the money in our hands automatically decreases in value. Once the money in the bank can’t be withdrawn, we have to pay a commission at the Pay Money shops. Finally, we have nothing left," said Su Yee Win Aung, a sales clerk at a telecommunications company in Yangon.

“It can be said that it is the most difficult time for us,” she said.