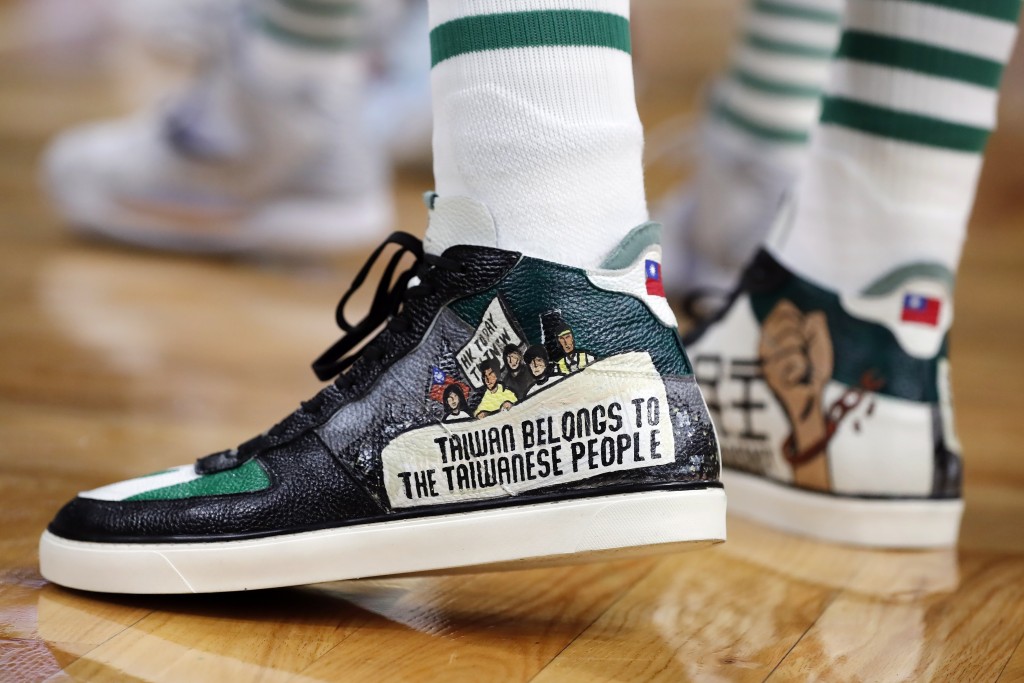 In the video, Tsai thanked Kanter for “standing with Taiwan” and said the nation will “always defend hard-earned freedom and democracy.” She added that the support from him and other international friends “gives (Taiwan) strength.”

She also cheered the NBA player on, saying Taiwan’s basketball fans are rooting for him.

Kanter, who plays for the Boston Celtics, had tweeted a video earlier on Saturday, saying “Taiwan is not a part of China. Taiwan is a democratic and free country.” He noted that Taiwan has its own history, government, and elections.

Kanter also fired shots at Chinese leader Xi Jinping (習近平), saying he is “stuck in his own world” by constantly threatening to use force against Taiwan. He said that the whole world can see what Beijing is doing to Tibetans, Uyghurs, and Hongkongers.

The NBA player said the East Asian democracy “is at the frontline of China’s dictatorship,” adding, “we are stronger together, we must all stand with Taiwan.”

Upon seeing Tsai's video, Kanter replied, “I can’t wait to come visit your beautiful country, learn about Taiwanese culture, taste some of your delicious food, and meet the brave people of Taiwan.”

Earlier in the week, Kanter had tweeted photos of shoes with "Stand with Taiwan," "Democracy," and Independence" painted on them, along with the message “Taiwan will never surrender to the Evil Chinese Communist Party.” The custom paint job was done by Chinese dissident artist Badiucao (巴丢草), who lives in Australia.