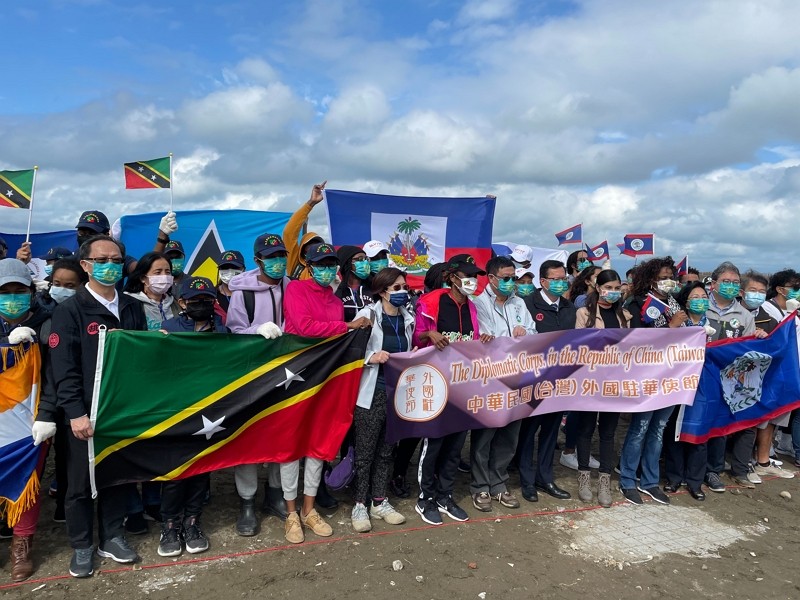 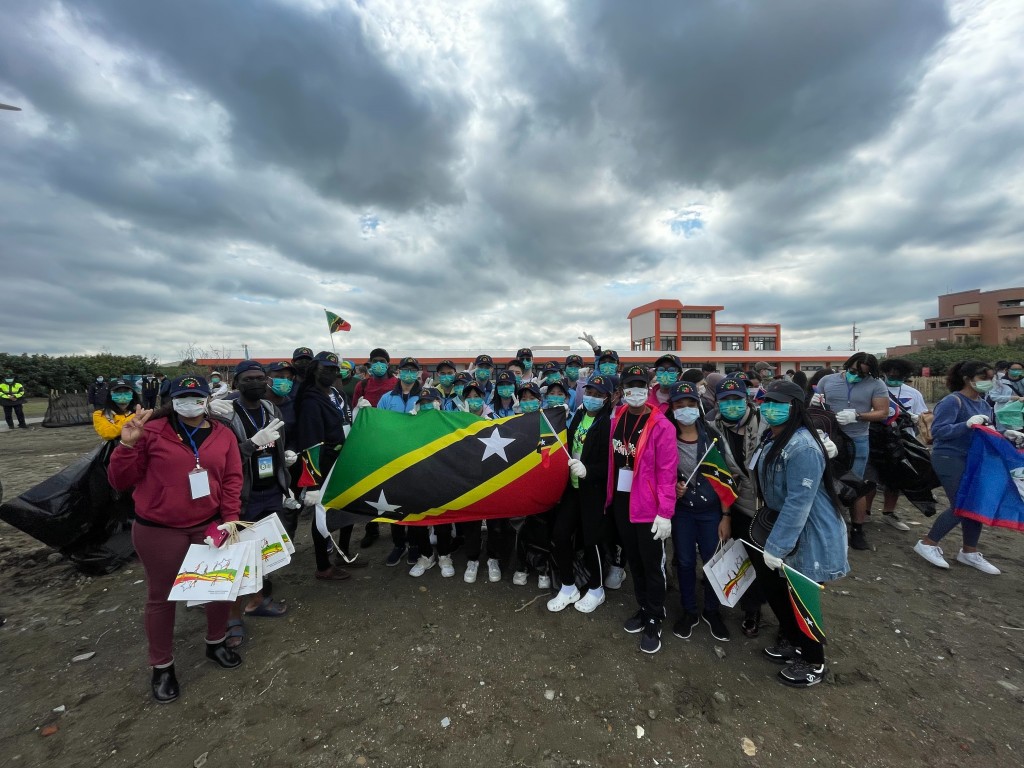 TAIPEI (Taiwan News) — The Environmental Protection Administration (EPA) joined ambassadors, officials, and students from 14 of Taiwan’s allies to clean a beach in Taoyuan on Saturday (Nov. 13) morning in the first such collaboration.

Led by Saint Kitts and Nevis ambassador and head of the diplomatic corps in Taiwan Jasmine Elise Huggins, the foreign diplomats picked up garbage scattered across a coastal recreational area in the northern city's Guanyin District.

Attendees included people from Saint Kitts and Nevis, Palau, Eswatini, Paraguay, Haiti, Guatemala, Nauru, the Marshall Islands, Nicaragua, Tuvalu, Saint Lucia, Saint Vincent and the Grenadines, Belize, and the Holy See, and officials from the foreign ministry, Taoyuan City, and the Coast Guard. The event was part of an initiative to “Pay Homage to the Oceans” that the Cabinet launched last year, which had seen 123,000 tons of trash removed as of September.

In her address, Huggins said the event demonstrates that action is being done to help mitigate the impact of the tremendous amount of waste in the oceans and on beaches. She referenced the COP26 climate summit being held in Glasgow of Scotland.

Huggins also took the opportunity to laud Taiwan for its commitment to reaching net-zero carbon emissions by 2050 but said she hopes the target can be met sooner. Meanwhile, the ambassador thanked Taiwan for the aid it has pledged to its allies to address climate woes.

Lawmakers on both sides of the political spectrum have called for bolder action to cut emissions. EPA Minister Chang Tzi-chin (張子敬) said the National Development Council will spearhead an effort to effectively allocate resources and slash greenhouse gas emissions by 2030, and new technologies are likely to usher in more ambitious cuts from 2030 onward, wrote UDN.