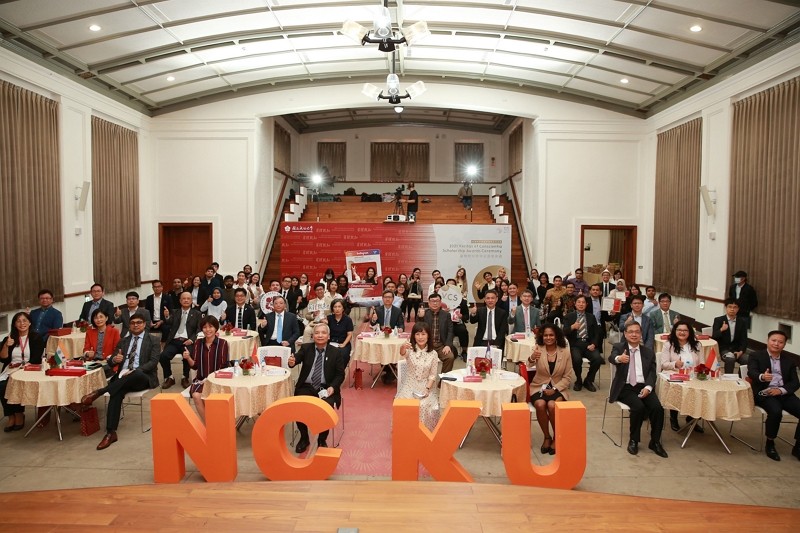 TAIPEI (Taiwan News) — A total of 62 international students were granted scholarships by National Cheng Kung University (NCKU) on Friday (Nov. 12) for a program that offers the largest cash award nationwide for those pursuing a doctoral degree in Taiwan.

Awardees will receive a monthly allowance of NT$30,000 (US$1,079) in addition to a tuition waiver, helping relieve the financial burden on individuals taking up doctoral studies in the country.

The Tainan university has seen a growing number of foreign students, which now account for about 10% of the total. One out of four Ph.D. students at NCKU is from overseas, and after graduation they will play a critical role in society, said NCKU President Su Huey-jen (蘇慧貞).

Some recipients are university teachers or have their own research teams in their home countries, Wang Hsiao-wen (王筱雯), head of the Office of International Affairs, pointed out. Their research is likely to help boost the school’s international profile, she added.

Notably, 11 of the 62 recipients have received the grant before. Among them, Sefli Sri Wahyu Effendi from Indonesia and Parthasarathi Pal from India have had their theses published in prominent journals.

Meanwhile, Nguyen Tuan Nghia from Vietnam said he will continue his academic career in Vietnam and serve as a bridge between Taiwan and the Southeast Asian country.

Apart from the VCS, the public research university also provides the NCKU-Butterfly Program, which networks with enterprises and offers international students internship opportunities.