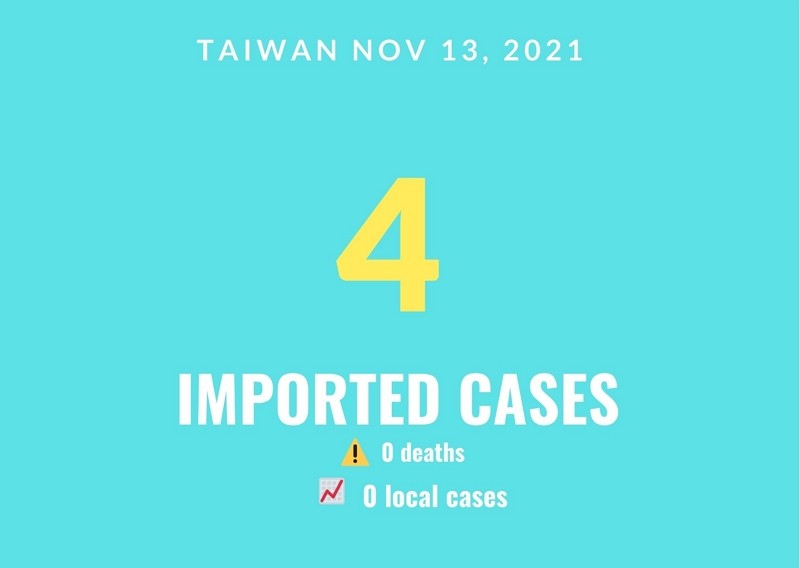 The four imported cases were two males and two females between the ages of 10 and 59. They arrived from the United Kingdom, Indonesia, the Philippines, and Japan between Oct. 28 and Nov. 11.

An Indonesian woman in her 20s and a Japanese man in his 30s were asymptomatic, while a Filipina reportedly had a runny nose. A British man in his 50s reported fatigue and a runny nose, the CECC said. The Filipina teen was the only one of the four who had not been vaccinated against COVID.

Taiwan’s latest total of 16,479 coronavirus cases includes 14,590 domestic cases and 1,835 imported ones, with the total death toll remaining at 848. Of the fatalities, 836 were the result of local infections, with New Taipei City registering 412 deaths and Taipei 321.

A total of 36 COVID cases originated from a journey last year by the Taiwan Navy’s "Goodwill Fleet," two were infected on board a flight, one was classified as unresolved, and 14 cases are under investigation. A total of 111 earlier cases, including a woman from Indonesia who was first named as a COVID case on Nov. 5, have been removed from the list of confirmed cases.