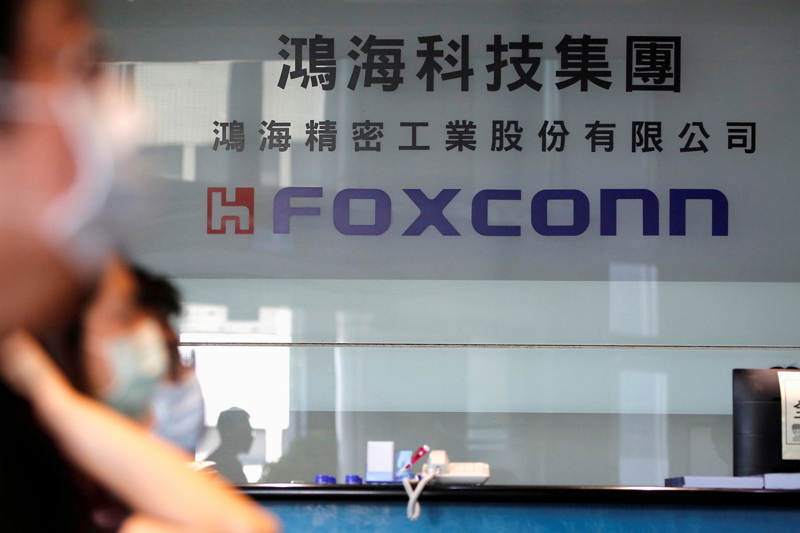 TAIPEI, Nov 12 (Reuters) - Apple supplier Foxconn (2317.TW) forecast on Friday that a global chip shortage would run into the second half of 2022 and its fourth-quarter revenue for electronics, including smartphones, would fall more than 15%.

"If not for supply shortages prospects for the fourth quarter could have been better," he said, adding that supply of power management chips remained tight and a global chip crunch could last longer than his previous forecast of second quarter.

"Regarding next year's prospects, we will be relatively cautious in our outlook," Liu added.

A year-long shortage of chips, initially due to sky-rocketing demand for smartphones and personal gadgets during the pandemic, spilled into the auto industry and disrupted production at companies ranging from Apple (AAPL.O) to GM (GM.N).

Foxconn previously said it felt only a small impact from the crisis but had cautioned that rising COVID-19 cases in Asia could hurt its supply chain. read more

As well as forecasting the slide in revenue in its consumer electronics business, which includes smartphones, Foxconn said it expected overall fourth-quarter revenue to fall between 3% and 15% in the period. Analysts predicted an 11% drop, according to a Refinitiv consensus estimate.

Still, Foxconn said it expected supply shortages in Southeast Asia to ease this month and the next.

The outlook came after a strong third quarter, in which revenue rose 9% on the year, helped by strong smartphone demand that remained stable despite the supply problems.

Analysts had said they expected robust iPhone sales boosted Foxconn's business in the third quarter, and the company secured more than 75% of assembly orders, including those for the latest iPhone 13. But they cautioned that supply chain problems could mute any further near-term increase in orders at Foxconn.

Apple said last month that supply chain woes cost it $6 billion in sales in the July-September quarter, and that this would worsen during the year-end holiday period. read more

Foxconn said it expects its electronic vehicle (EV) business to make a contribution to revenue in the third quarter of 2022, when it could start production in America in a partnership with Lordstown Motors Corp (RIDE.O) at the soonest. read more

Liu said he was looking to build more EV partnerships with companies in places including the Middle East, India and Europe to "serve the local markets", but did not elaborate.

Foxconn has in recent months deepened its efforts to become a major player in EVs, including announcing deals to build cars with U.S. startup Fisker Inc (FSR.N). read more

Shares in Foxconn, formally called Hon Hai Precision Industry Co Ltd, closed 1.4% higher ahead of the earnings release, versus a 0.4% gain in the broader market (.TWII).