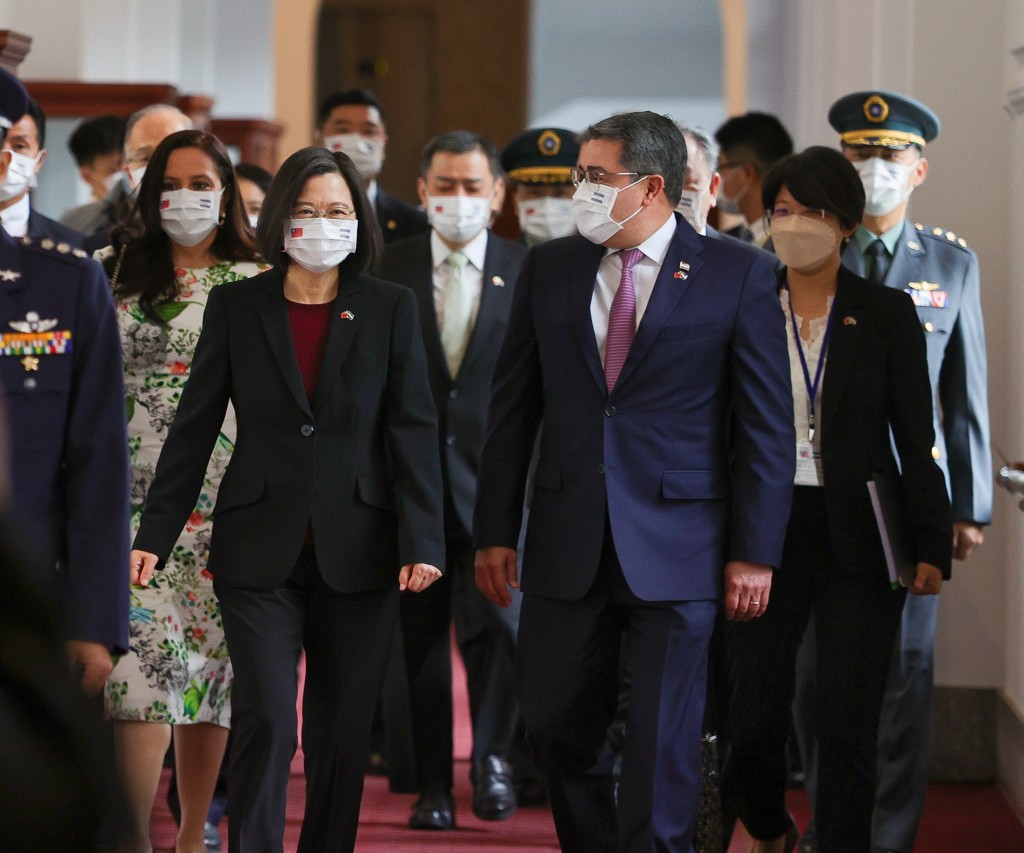 TAIPEI (Taiwan News) — Honduras will stand by Taiwan because it is when you are in need that you find out who your real friends are, the Central American country’s President Juan Orlando Hernandez told President Tsai Ing-wen (蔡英文) on Saturday (Nov. 13).

He is paying a three-day visit to Taiwan to mark 80 years of official diplomatic relations. Even so, the future of those ties is in doubt due to the Nov. 28 elections in the Central American country.

The front-runner in the opinion polls, opposition candidate Xiomara Castro of the leftist LIBRE party, says she will switch ties to Beijing if she wins the election.

Meeting Tsai at the Presidential Office Building on Saturday morning, Hernandez said the trip signaled that even during times of tension in the region, his country has stood on Taiwan’s side. He told Tsai that in times of need, you find out who your real friends are, CNA reported.

Taiwan’s president mentioned that Hernandez is the first head of state from Central America to visit the country after the COVID-19 pandemic. She wished Honduras success with its elections and expressed the wish that both countries will continue to support each other on the international scene.

Tsai also mentioned cooperation on education and agriculture projects and expressed her love of Honduran coffee, according to the CNA report.

After their meeting, Tsai and Hernandez attended a banquet. The president of Honduras is due to visit the Taipei office of the Central American Bank for Economic Integration before leaving Taiwan on Sunday (Nov. 14).