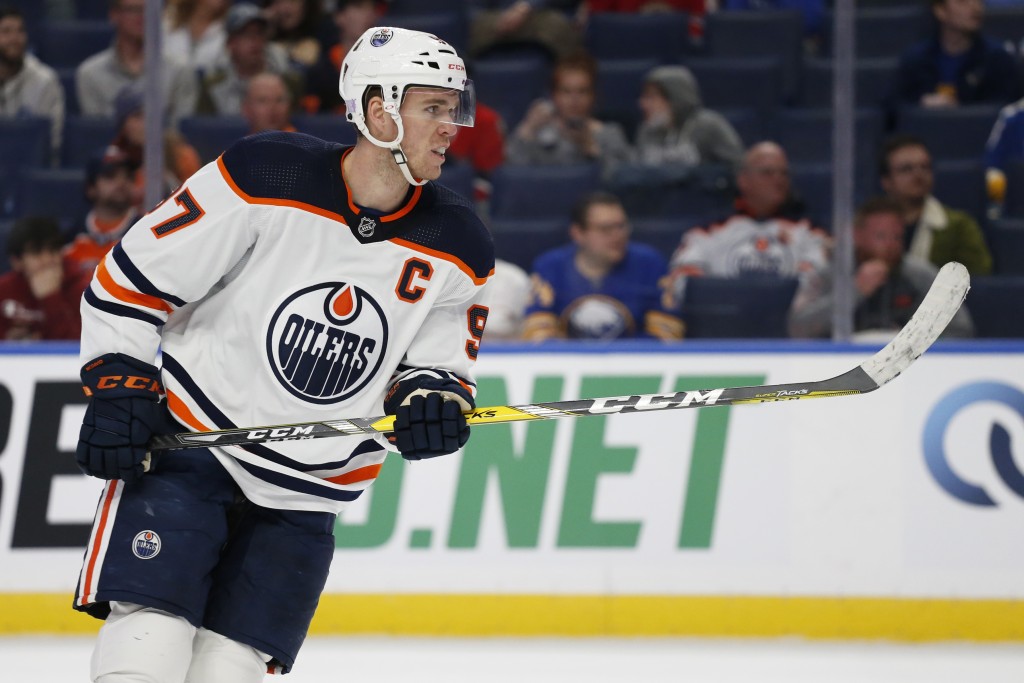 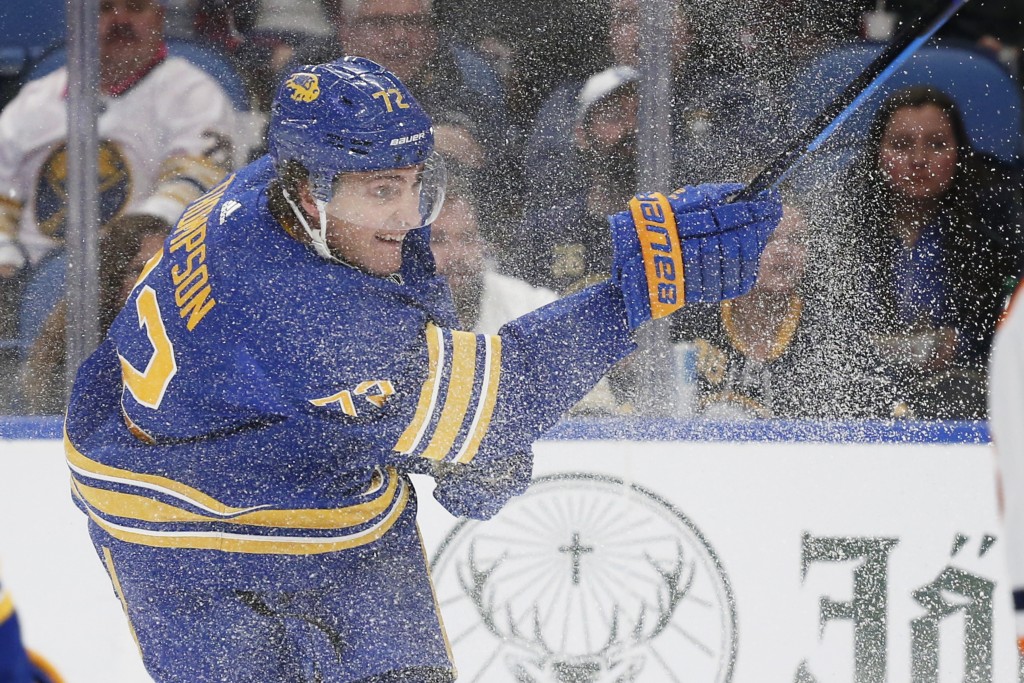 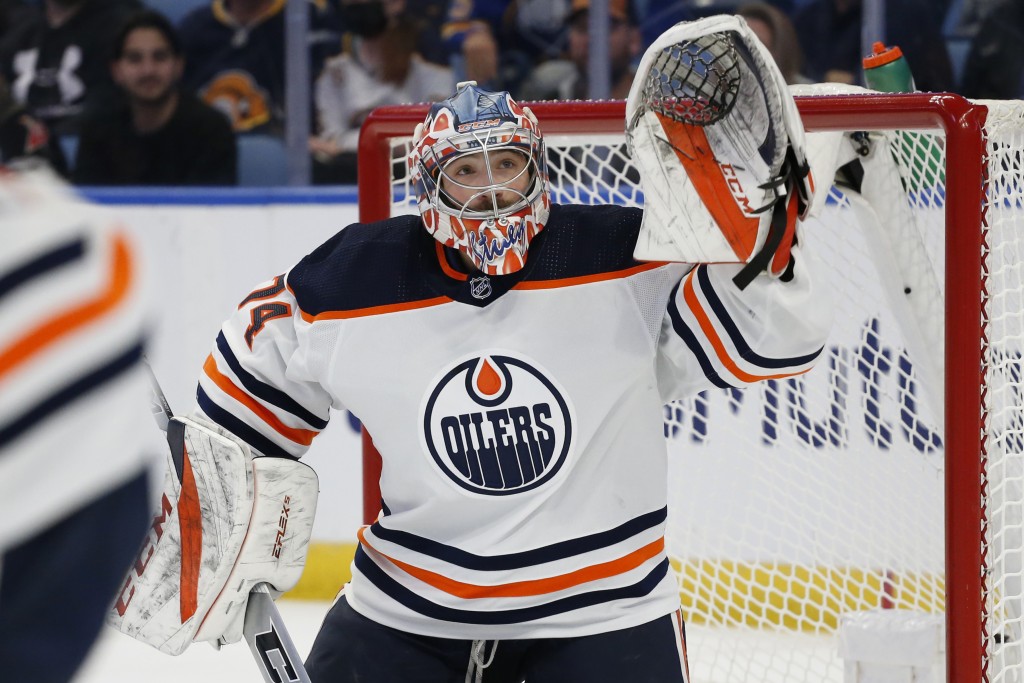 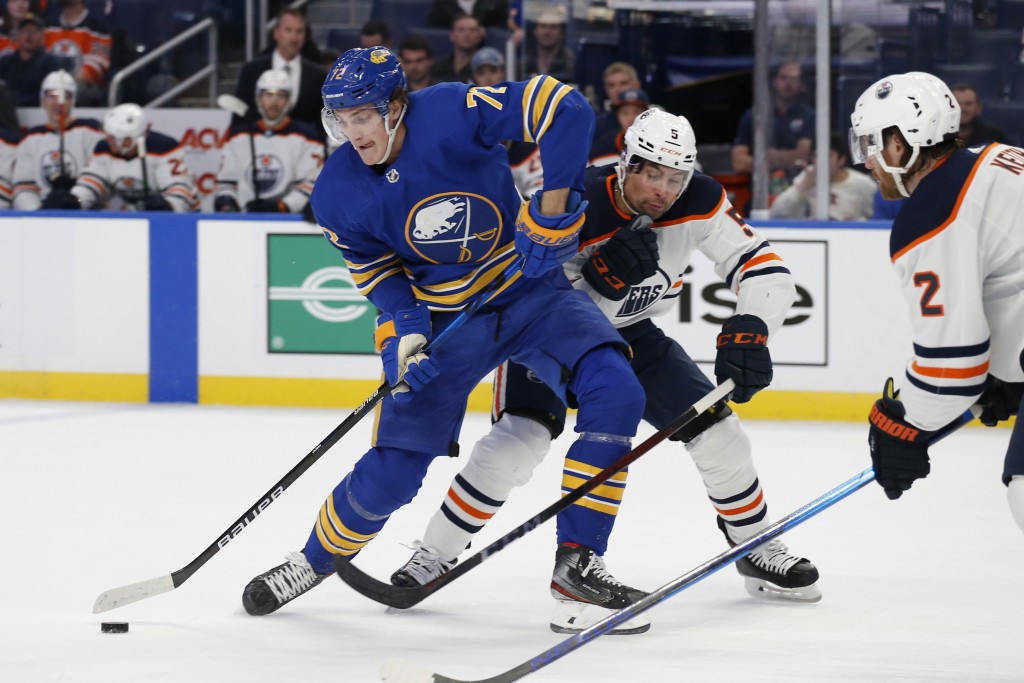 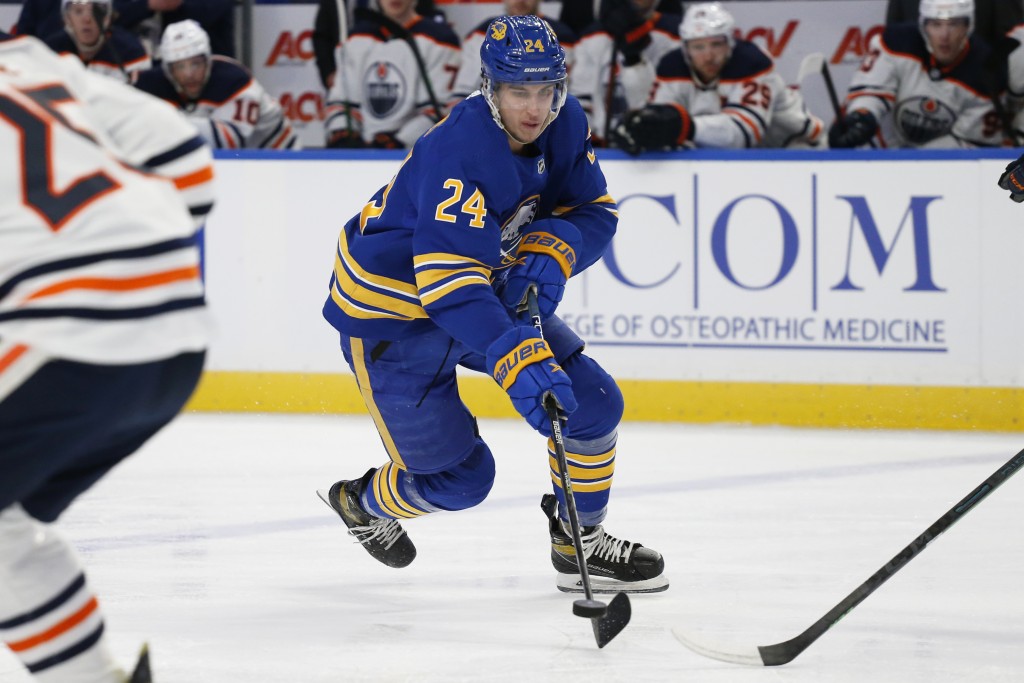 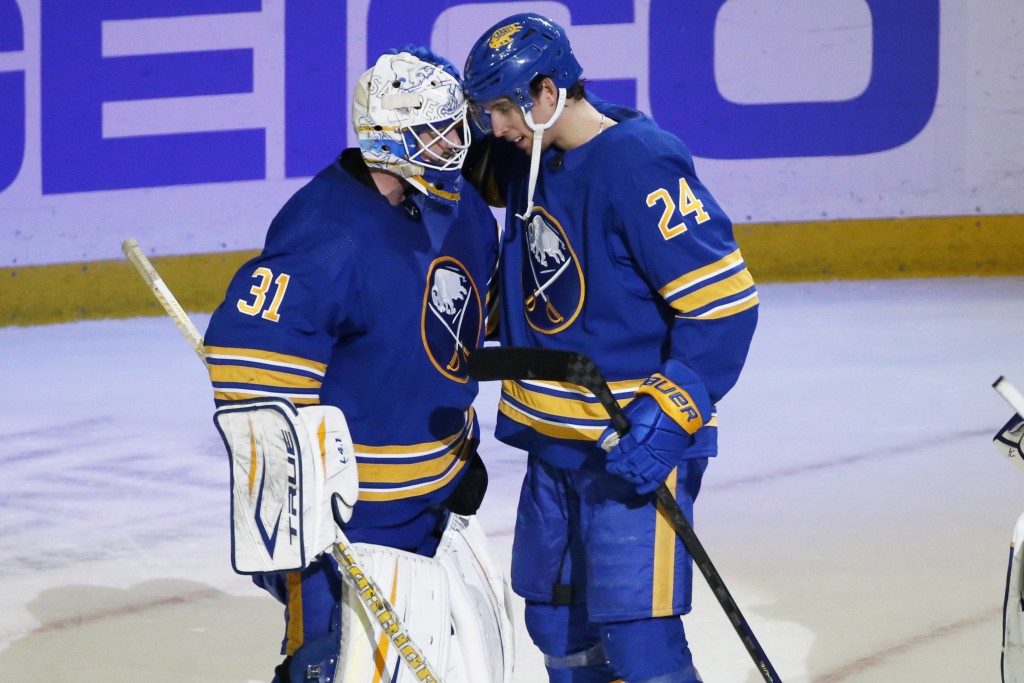 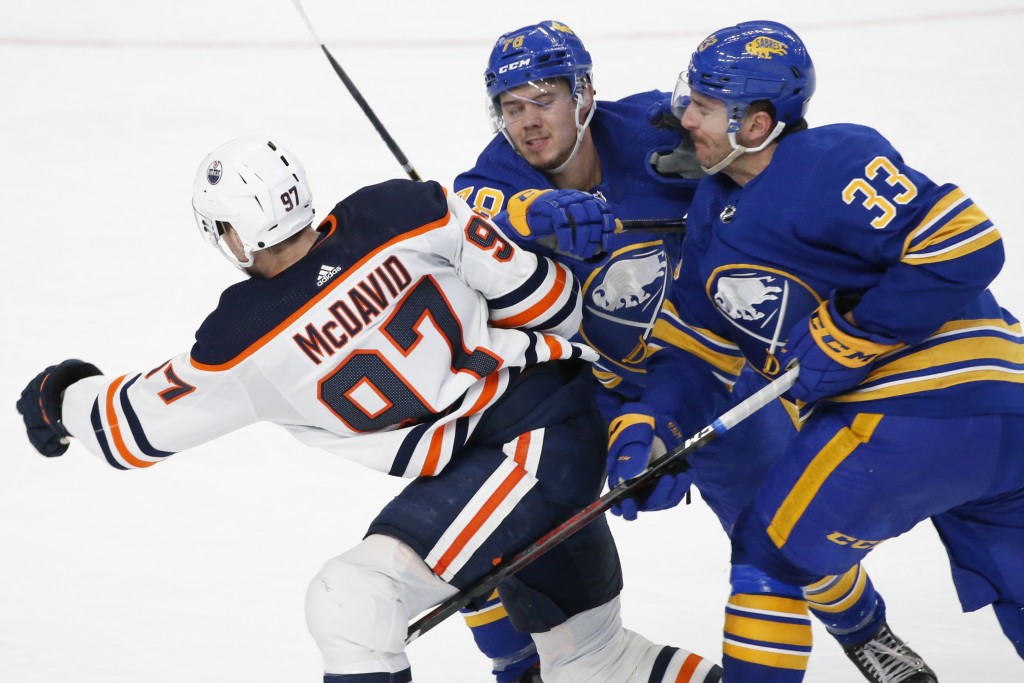 BUFFALO, N.Y. (AP) — Sabres coach Don Granato recalled how young center Dylan Cozens didn’t flinch upon being informed he and his line would be matched up against two-time NHL MVP Connor McDavid.

The 20-year-old followed up by showing no signs of fear in delivering upon his coach’s trust in a 3-2 win on Friday night. Cozens’ line not only kept McDavid off the scoresheet in even-strength situations, but he scored twice, including the go-ahead goal in the final minute of the second period.

“I liked what I saw and felt he was ready for the challenge, whichever way it went,” Granato said of the conversation the two had earlier this week. “The way he played tonight, he had an amazing game.”

Cozens, a key piece to the Sabres' youth movement with ex-captain Jack Eichel dealt to Vegas last week, took yet another major step in his development.

“It’s a big confidence boost, for sure, to go against one of the top players in the world. I was excited,” said Cozens, who was selected with the No. 7 pick in the 2019 draft.

“If I knew a couple of years ago that my first time going against McDavid that I’d be line matched against him, it would have been a little overwhelming,” he added. “But I try not to overthink and just go out and play.”

Anders Bjork also scored for Buffalo. Dustin Tokarski stopped 33 shots — including bang-bang chances by Leon Draisaitl with 4:45 remining — for his second win in seven starts, and after allowing 13 goals in his past three outings.

The Oilers (10-3) have lost two of three and failed to win 11 of their first 13 outings of a season for the first time in team history.

Draisaitl scored twice on the power play to improve his NHL-leading total to 14 goals.

McDavid had an assist to extend his season-opening points streak to 13 games, in which he now has nine goals and 16 assists for 25 points.

The assist also was McDavid’s 599th career point in 420 games. Only five players have reached the 600-point mark in fewer games, with Eric Lindros ranking sixth at 429.

The Oilers ran out of steam in attempting to win while trailing after two periods for a second consecutive night after scoring the final three goals in a 5-3 win at Boston.

“Last night, obviously we battled back. It was an emotional game and we found a way to come from behind, but it’s not always that easy.” said Ryan Nugent-Hopkins, who had two assists against Buffalo. “We definitely pushed in the third tonight but overall we need to be better in the early part of the game. It cost us tonight.”

Edmonton’s Stuart Skinner stopped 20 shots in making his second start of the season, and third of his career.

Cozens scored the go-ahead goal with 50 seconds left in the second period by converting a loose puck in the crease, and after Skinner stopped Vinnie Hinostroza’s backhander on a transition break.

Cozens tied it at 2 with 6:04 left in the second period, and set up for a partial breakaway by Drake Caggiula, who intercepted Duncan Keith’s pass at center.

The teams traded goals negated by video reviews in the opening 10 minutes.

Edmonton’s Darnell Nurse’s shot from a bad angle was initially ruled a goal 2:14 in. Replays, however, showed the puck went off Tokarski’s pad, off the crossbar and rolled off the goalie’s back without crossing the goal line.

Buffalo’s Arttu Ruotsalainen then had a goal disallowed by review when replays clearly showed his stick was above the crossbar when deflecting in Jacob Bryson’s shot from the left point.

Oilers RW Zack Kassian missed his second straight game with a lower body injury. ... The Oilers converted two of six power-play opportunities after going 0 of 4 in their past two games. Edmonton has scored on the power-play in 11 of 13 games. ... The Sabres improved to 1-3-1 when allowing a power-play goal.