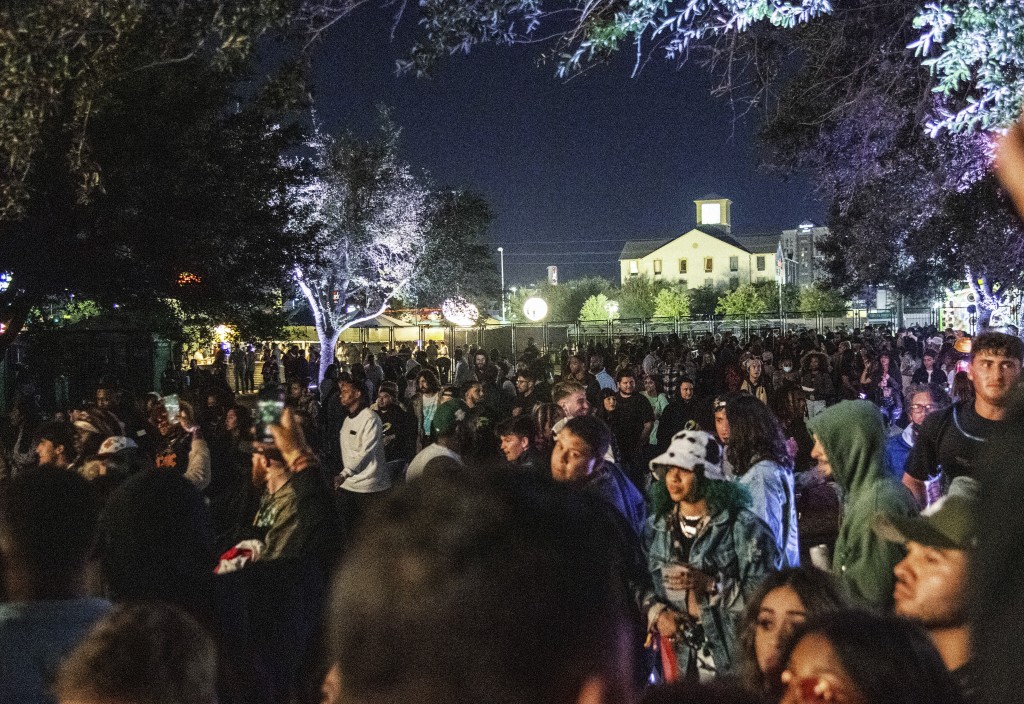 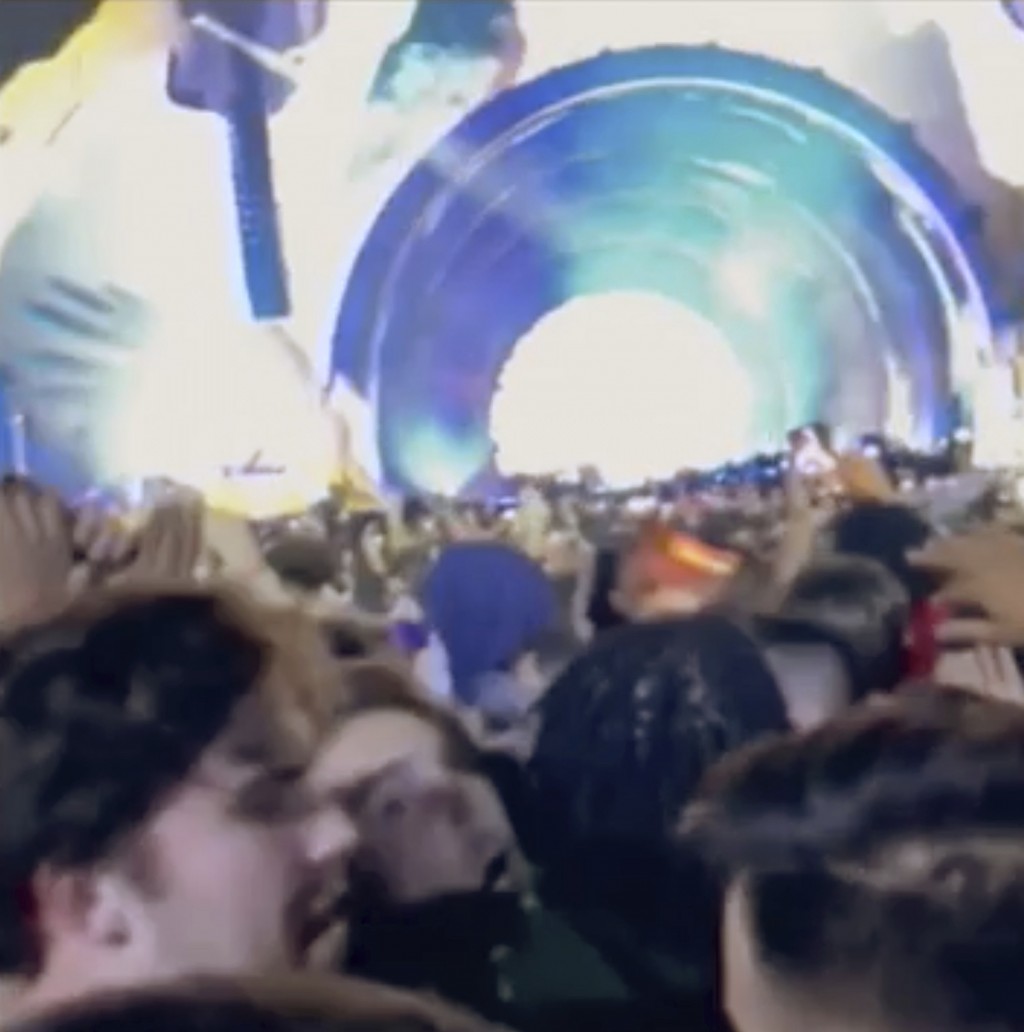 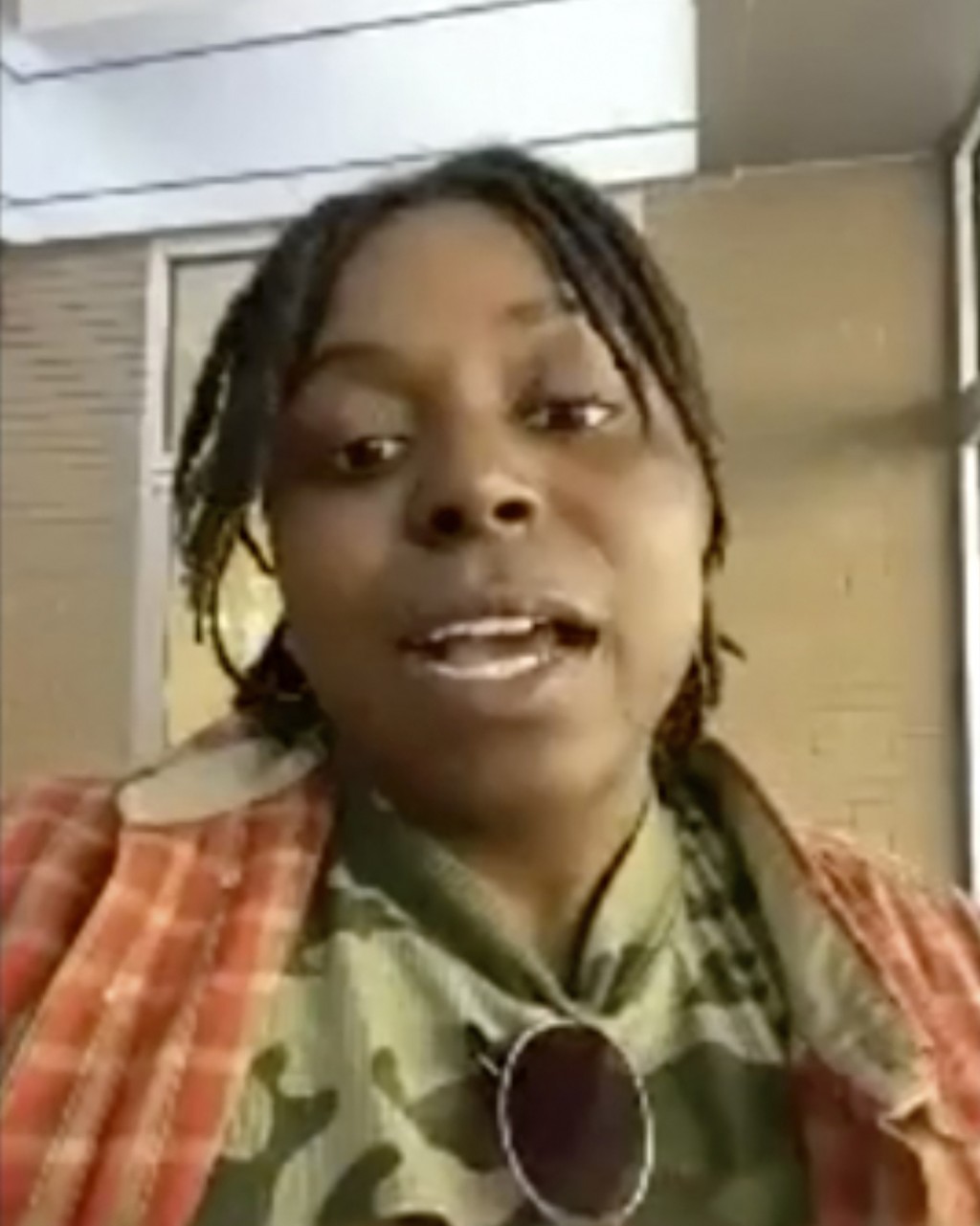 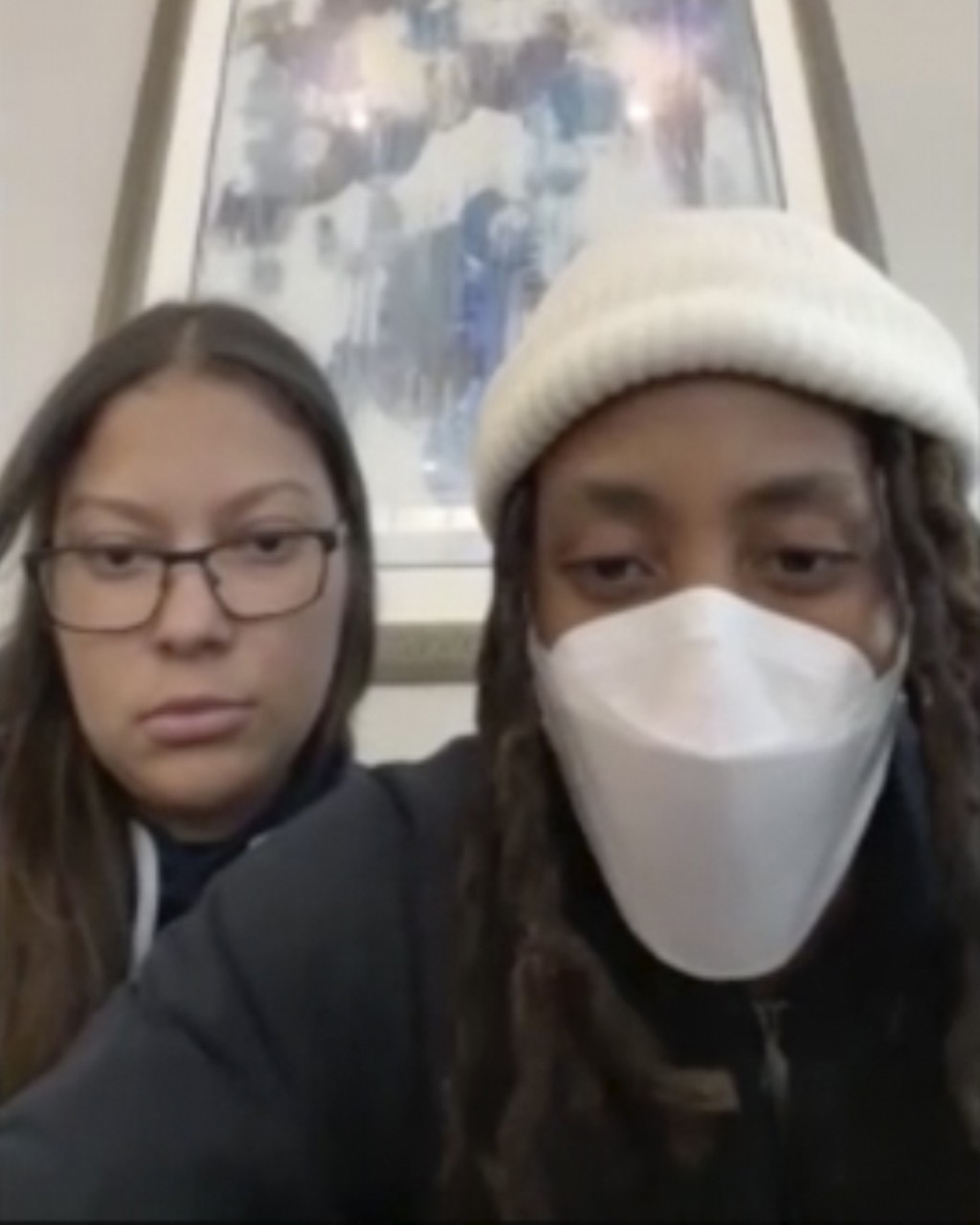 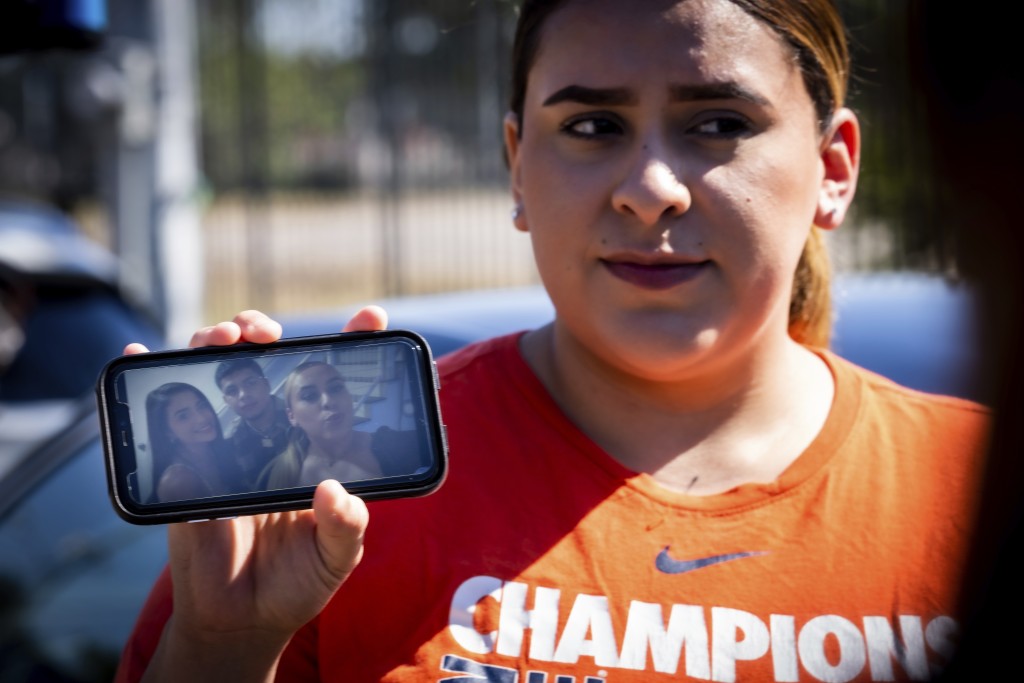 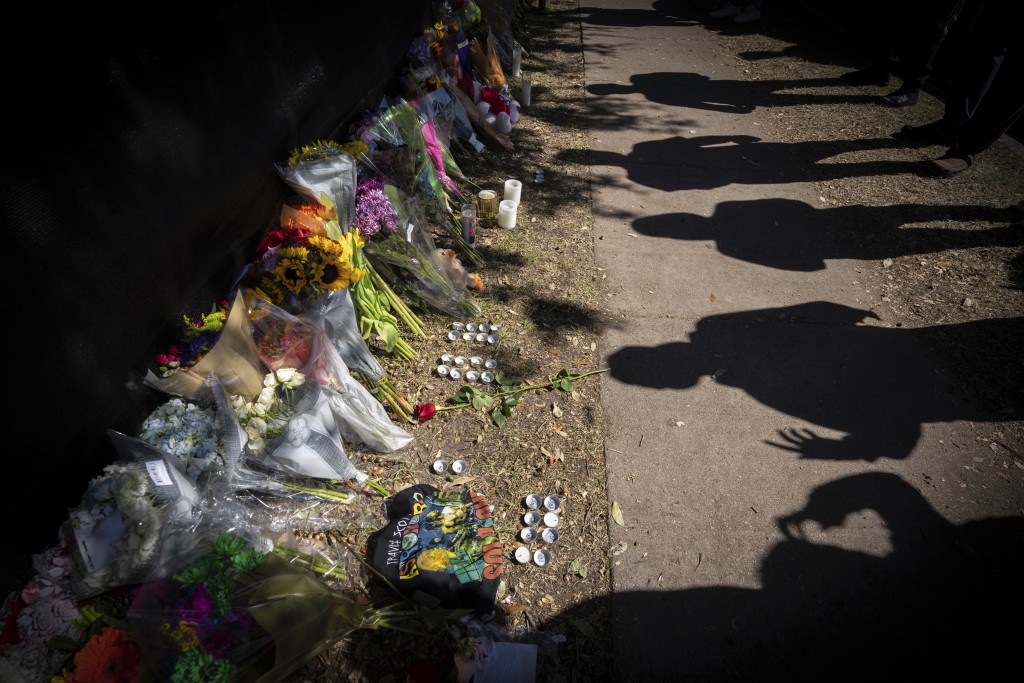 Anticipation had been building for hours, but never more than now, as the red numerals on the countdown clock disappeared and the first synthesized notes vibrated. An image of an eagle in a fireball hovered above the stage, a neon red tunnel appeared and eight towers of flames rose to the sky. Leaping from darkness into the glow, rapper Travis Scott emerged, the instant for which tens of thousands gathered before him had waited.

In the thrill of the moment, clamoring for an idol, many pushed forward, thrusting revelers into revelers, closer and closer and closer, until it seemed every inch was swallowed. Then, fighting the compression or seeking escape, people pushed from the front to the back, and new ripples came with it.

What followed last Friday in Houston is clouded by unanswered questions and strikingly different experiences based on where someone stood, which swells of movement reached them, and how they handled the crush. But in the 70 minutes the headliner was on stage in a show that left nine dead, one thing was certain: Nearly everyone felt the waves of humanity, borne of excitement but soaked with risk, as they spread.

“You became an organism,” said 26-year-old Steven Gutierrez of Ellenville, New York, who is 6-foot-2 and 391 pounds but nonetheless found himself struck by the power of the pushes that sent him drifting from his spot. “We’re all one. You’re moving with the crowd. The crowd’s like water. It’s like an ocean.”

The enthusiasm of some 50,000 spectators at the sold-out Astroworld festival was evident from the time gates opened hours earlier, when some of the earliest arrivals rushed through entrances with such force that metal detectors were toppled as security guards and police on horseback struggled to keep up. Though the concert grounds hosted numerous acts, Scott, a Houston-born musician who founded the festival in 2018 on the heels of his chart-topping album “Astroworld,” was undoubtedly the top draw. Some fans made a beeline for the stage built solely for the headliner, staking out positions they would hold for hours under the manufactured peaks of “Utopia Mountain.”

By noon, a merchandise area was shut down because the crowd was out of control, according to Houston Fire Department logs, and by 5 p.m., as many as 5,000 people without festival wristbands were believed to have breached barricades, jumped fences and even used bolt cutters to make their way into the concert grounds.

As afternoon turned to evening and the countdown clock appeared around 8:30 p.m., the crowd grew denser and denser, attendees said, and the first waves of motion began to ripple.

With five minutes left and latecomers pushing in, it tightened more.

In the final 30 seconds on the clock, the craggy peaks of the stage’s mountain turned to a volcano, and when the moment came, the crowd chanted: “Ten, nine, eight, seven, six ...”

Eligio Garcia, 18, of Corpus Christi, Texas, figures it was just 40 seconds into Scott’s set that he looked at his girlfriend with concern. They felt heat swaddle their bodies. It became hard to breathe.

Screams echoed, begging: “Please, help me!” Behind him, people were falling. It looked to him like a human whirlpool. They felt the push and his left arm slipped away from her.

In an instant, both found themselves tangled on the ground in a pile of bodies.

They managed to get up, and Garcia said they screamed to nearby production staff for help but got no response. Every way out seemed impossible, but they eventually made their way to safety.

“We gotta get out of here,” he told his girlfriend. “We can’t fall back into this pit.”

Travis Scott's fans are dubbed “ragers” and are expected to be in constant motion at a show. The rapper, who dreamed of being a wrestler as a child and has said he wants his shows to resemble WWF matches, cheers chaos from the stage and stirs up frantic energy. He even has a gold necklace mimicking a street sign: A jewel-encrusted red circle with a person standing still, a diagonal red slash through the body.

The message is clear: No bystanders at concerts. Ragers only.

And so the show continued, Scott headbanging and shrieking, running through a quick succession of hits.

Some experienced concertgoers in the crowd grabbed whistles around their necks or shouted “Open it up!” to trigger those around them to form mosh pits, circles that were the only voids in the jam-packed horde. Moshers shoved and heaved their bodies against one another in an aggressive ritual toeing the line between dance and violence. Around mosh pits' perimeter, circles of participants rotated and crowdsurfers took flight.

Moshers want their pits to grow as big as possible. Their outward push, combined with the rotations of participants, can create a swirl of motion that moves through the crowd. It was nothing new to many at the show. But, combined with the push toward the stage, others felt the crowd compress in ways they hadn’t before.

Billy Nasser, 24, of Indianapolis, noticed it a few songs in. His raised arms no longer had room to come down. People were falling. Some stepped on the lifeless body of a passed-out man with his eyes rolled back in his head.

“I had to let him go .. It was every man for himself,” Nasser said. “And that was when I realized how bad it was because I literally had to drop him and no one else would help me.”

As flashpoints emerged in some places, the show went on. Lasers springing from the stage’s tunnel made it look at times like a prism capturing a blaring sun.

Some 530 Houston Police officers were on the scene and their walkie-talkies crackled with a warning: Don’t leave your group. No fewer than 10 officers together. Danger looms.

“We’re having some structural issues that could be catastrophic,” a voice cautioned.

About 22 minutes into his set, Scott seemed to see something in the crowd.

Around the same time, over police radio, a voice advised: “Folks are coming out of the crowd complaining of difficulty breathing, crushing type injuries. It seems like the crowd is compressing.”

The mass of people continued to tighten in spots, but escape paths remained.

Kevin Perez, a 19-year-old from Davenport, Florida, saw a mosh pit collapse behind him and realized he no longer was controlling his own movement. His forearms felt bound to his chest, his hands clenched in fists near his neck. He tipped his chin toward the sky for shallow breaths.

“It went from like excited to scared,” he said. “People were trying to get out.”

Perez followed a snake of people cutting through the crowd. Others climbed barricades.

In the hindsight of their escapes, the moments of this night would take new meaning.

An opening song entitled “Escape Plan.” T-shirts brandished with “See you on the other side.” A man in the crowd holding a white sign that asked “Will we survive.”

The situation appeared to be worsening, the waves growing stronger, the opportunities to break free fewer.

“It got to the point,” said 21-year-old Jason Rodriguez of Texas City, Texas, “where nobody could move.”

About 28 minutes into Scott's set, a golf cart with flashing blue and red lights barely inched through the sea.

“There’s an ambulance in the crowd,” the rapper said. “Whoa, whoa, whoa.”

He paused for about a minute. Scott told the audience to raise their hands to the sky. “You all know what you came here to do,” he said, a cue for two men who were picked from the crowd to launch into stagedives.

At the medical tent, where the capacity was just 10 people, according to permit filings, concern grew. On police radio, word was broadcast: “There’s a lot of people trampled and they’re passed out.”

On the perimeter of the concert area, people were being thrust against metal barricades. Some began to bend.

During the next song, a young woman was captured on video climbing a platform with a cameraman.

The show went on.

What the rapper could see remains unknown. He soon had a new vantage atop an elevated platform at center stage and said at one point he could see “all the way in the back.” But in videos looking out at the spectators, thousands of glowing phones look like a sky of glittering stars. His attorneys said later he didn't know about the deaths or injuries until after the show.

As Scott sang from the platform, security guards were seen responding in the crowd, saying “He’s not having a pulse” and “There’s like four people out here without a pulse.” Police say the festival’s promoter, Live Nation, agreed to cut the show short around this time. Inexplicably, though, the concert continued.

Forty minutes had passed since Scott took the stage, and again he briefly stopped.

“We need somebody help. Somebody passed out right here,” he said.

He returned to work shortly, singing lyrics that speak of “standing in the ocean.” Before him, the real-life sea of humanity bubbled with problems. Panic spread.

“You’re going to get trampled!” Michael Suarez told himself, struggling not to fall.

“I’m going to die in here!” Stacey Sarmiento thought as she tried to escape.

One woman bit a man to make her way through. A man said humans turned to animals as the situation spiraled.

It felt to some as if it couldn’t get worse, but another rush was coming. Fifty-two minutes into Scott’s set, superstar rapper Drake appeared on stage, a surprise that sent the crowd again pushing.

Gutierrez, a hulking former lifeguard, had returned to the crowd after a brief retreat after guiding two people to safety. Now, he was back among them, overwhelmed by the joy of seeing Drake before him.

“You felt the rush to the stage and there was a big push,” he said. “The Drake effect.”

Scott and Drake shared the stage for 14 minutes until, alone again, Scott delivered a final song as the mountain behind him burst with color and fireworks rocketed overhead.

“Make it home safe!” he yelled before jogging offstage.

The ocean receded, baring ground littered with shoes and clothes and trash. A field hospital bloated with the injured. And, from the lips of concertgoers, word of tragedy spread.