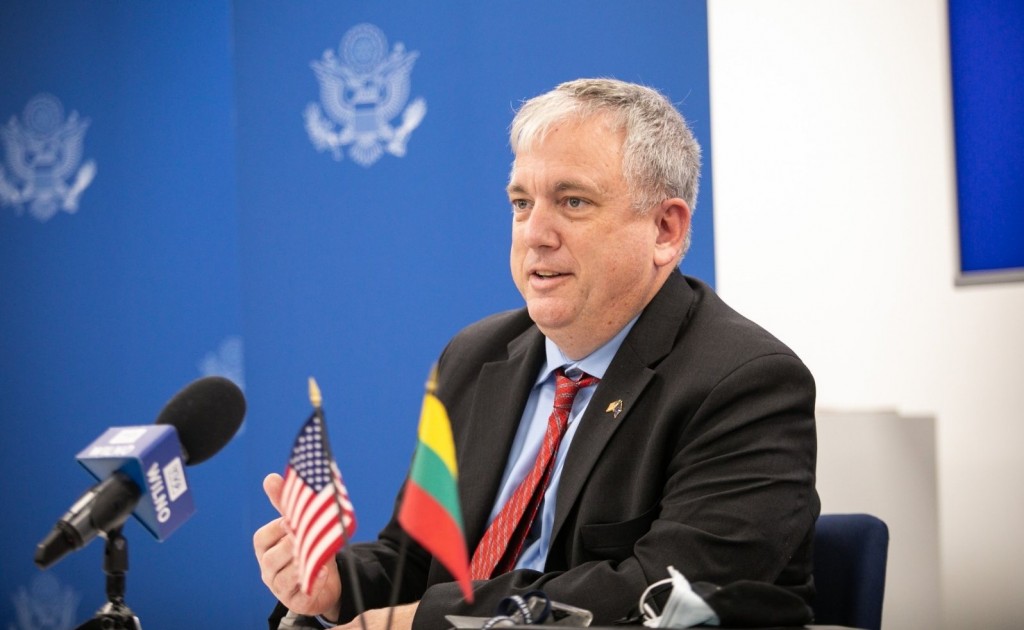 TAIPEI (Taiwan News) — Matt Murray, U.S. Senior Bureau Official in the Bureau of Economic and Business Affairs, said Wednesday (Nov. 10) that Lithuania has the right to decide the name of Taiwan’s representative office in the European nation's capital Vilnius.

During a trip to Lithuania, Murray said Beijing has used coercion and threats to express dissatisfaction with the establishment of a "Taiwan Representative Office in Lithuania," Lithuanian National Radio and Television reported. This is unacceptable, he said, adding that China should not have the final say in the matter.

With regard to relations with China, the U.S., Lithuania, and other like-minded countries must act together to make it clear to Beijing that applying political and economic pressure on others is not feasible, CNA cited him as saying.

Kung Min-hsin (龔明鑫), minister of Taiwan's National Development Council, had led a 66-member trade delegation to Lithuania at the end of October. He said the Taiwan Representative Office in Lithuania would be opened before the end of this year.

If everything goes according to plan, the office will be the East Asian nation’s first representative office in Europe to include the name "Taiwan," per CNA.

Murray said the only way to counter bullying is to resist. As observed in other nations, if there is no resistance, a country’s economy will become increasingly dependent on China after one to three years, and the cost of countering Beijing will only be greater, he said.

Murray added that in order to reduce dependence on China, the global supply chain must be restructured. The Chinese Embassy in Lithuania recently blamed the deterioration of bilateral relations between China and Lithuania on the “Vilnius authorities,” CNA said.