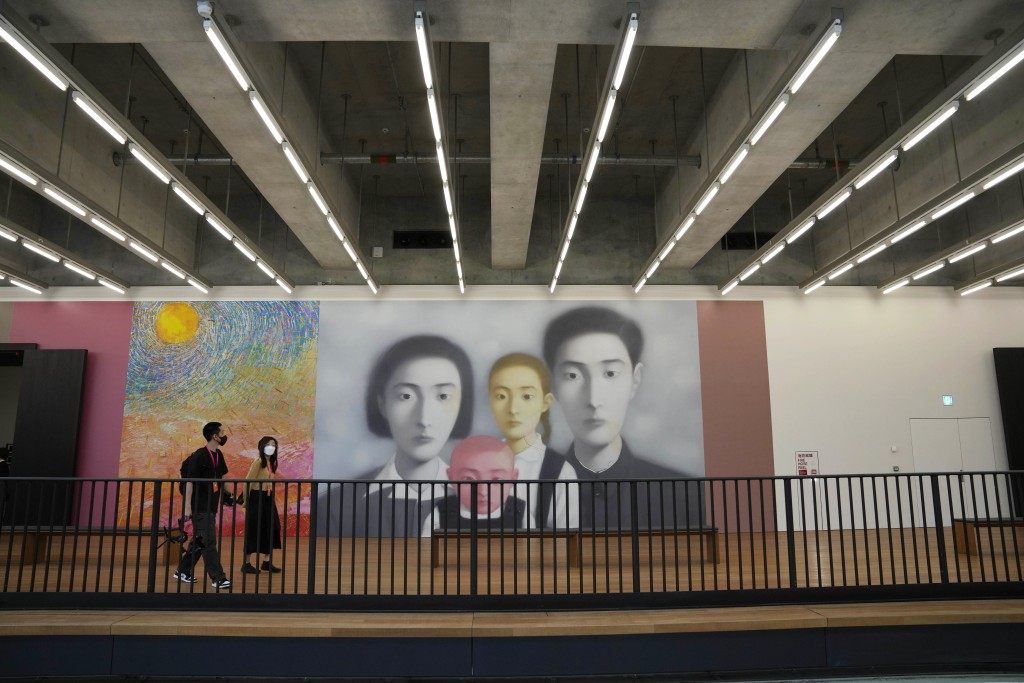 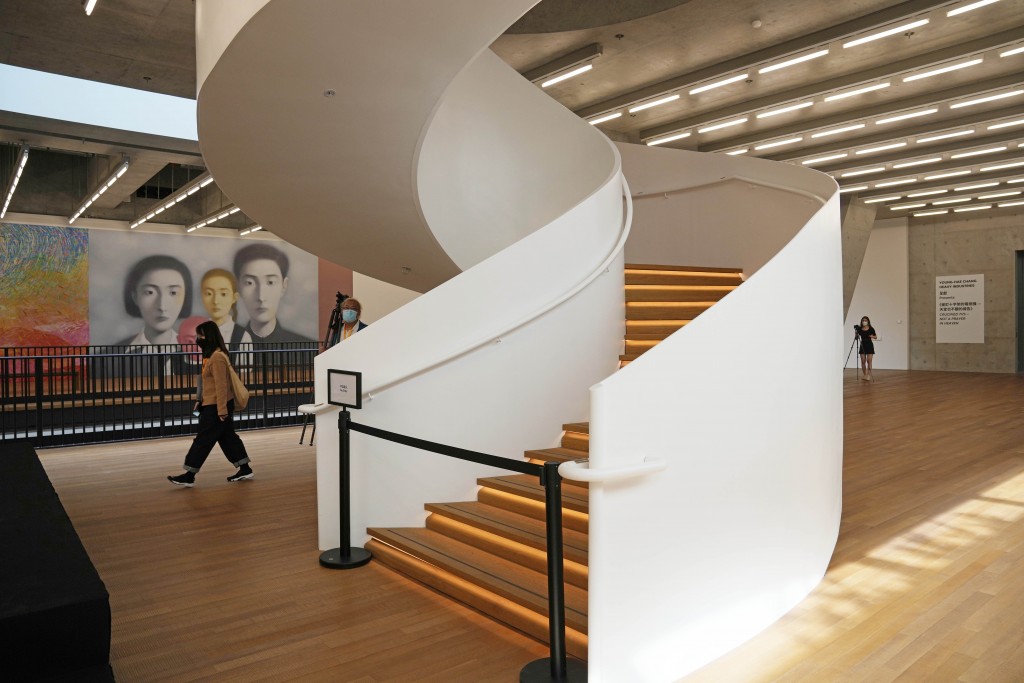 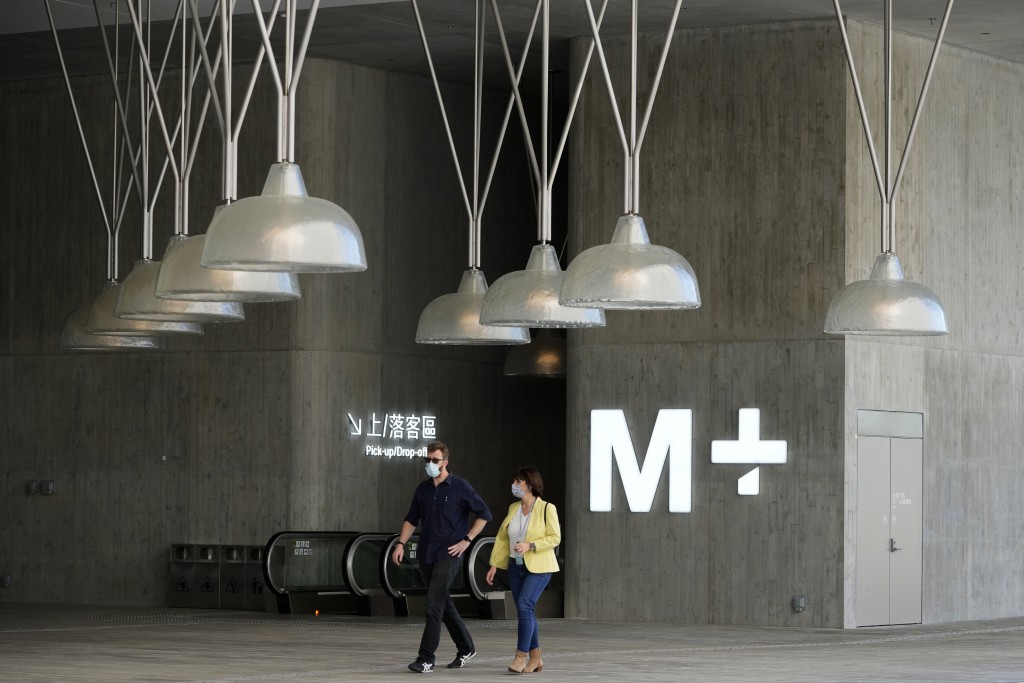 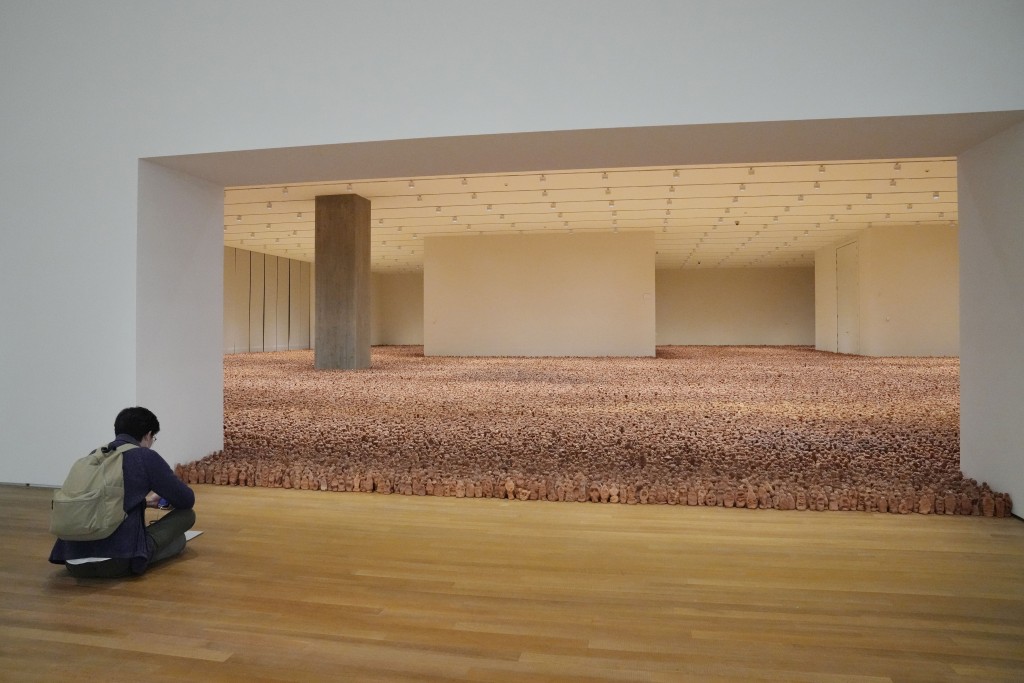 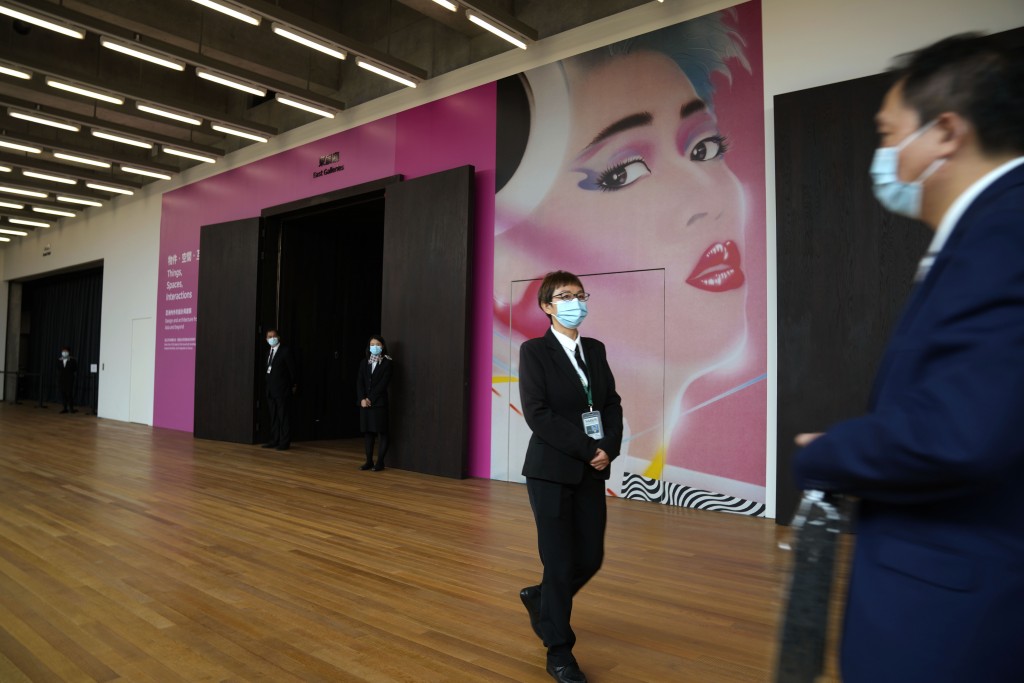 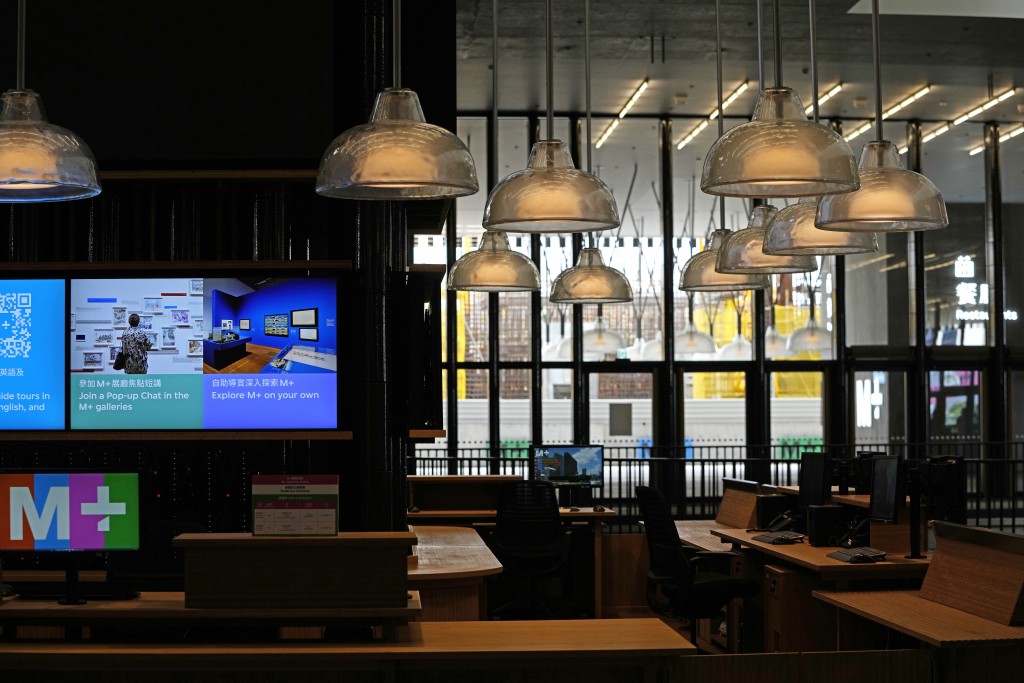 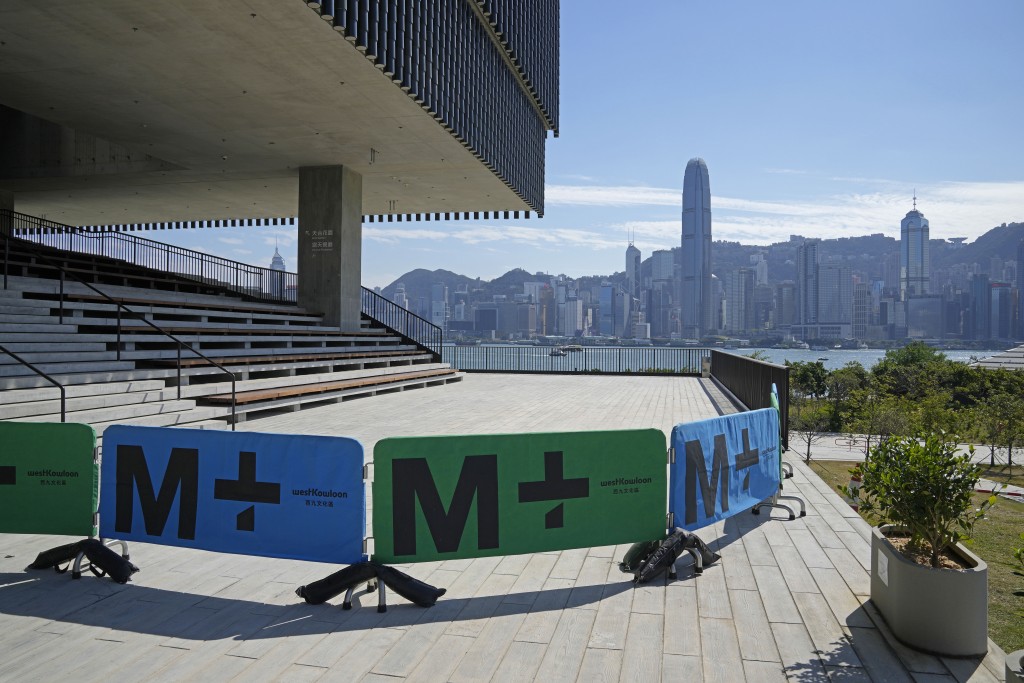 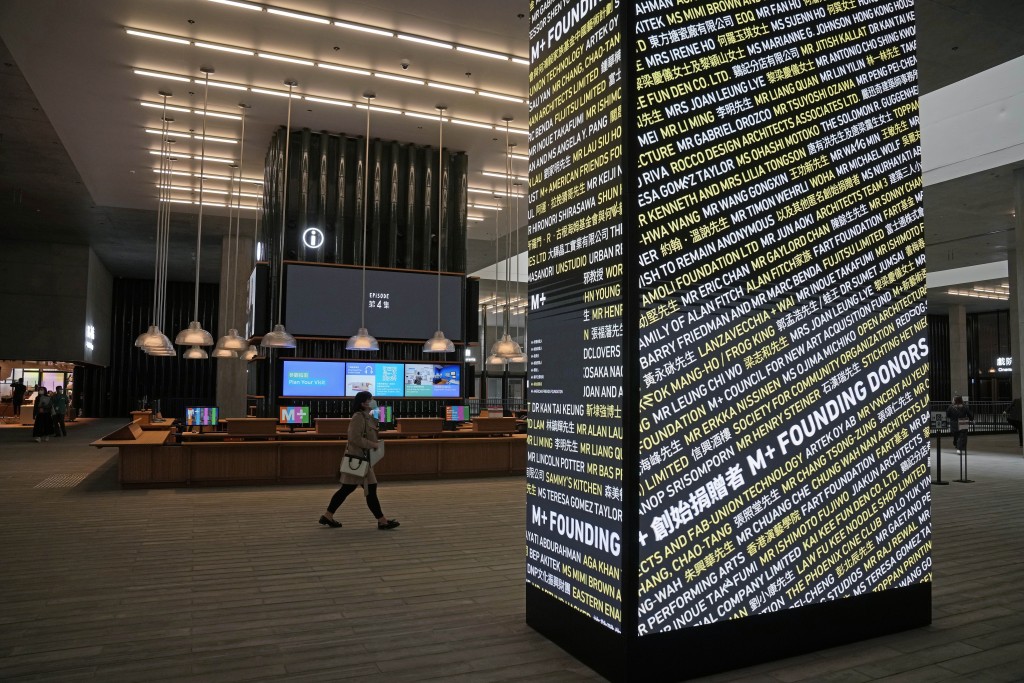 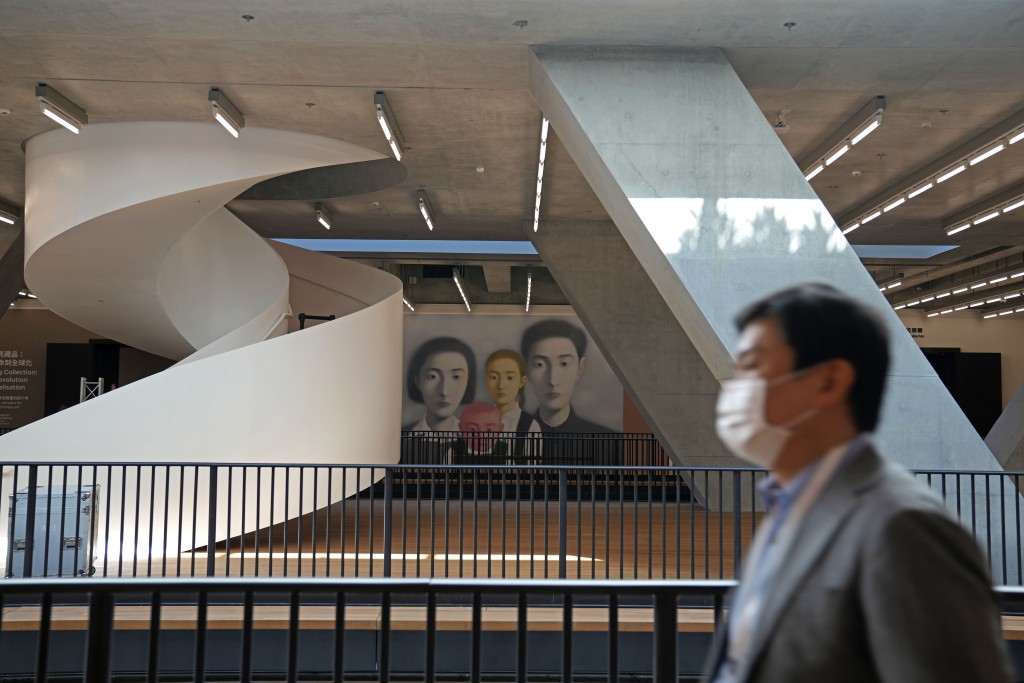 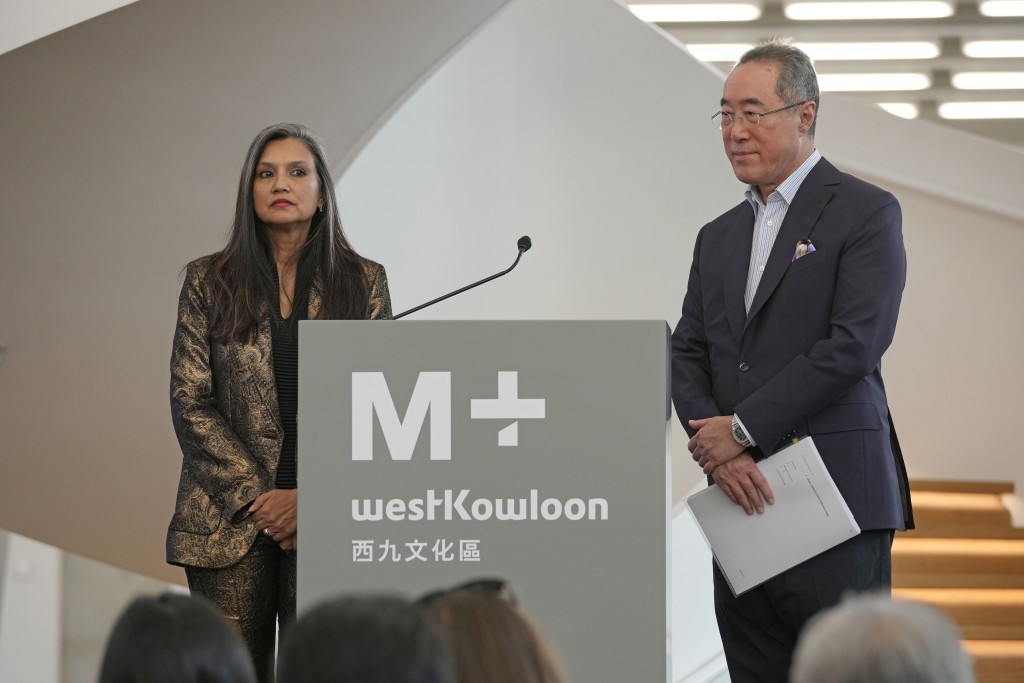 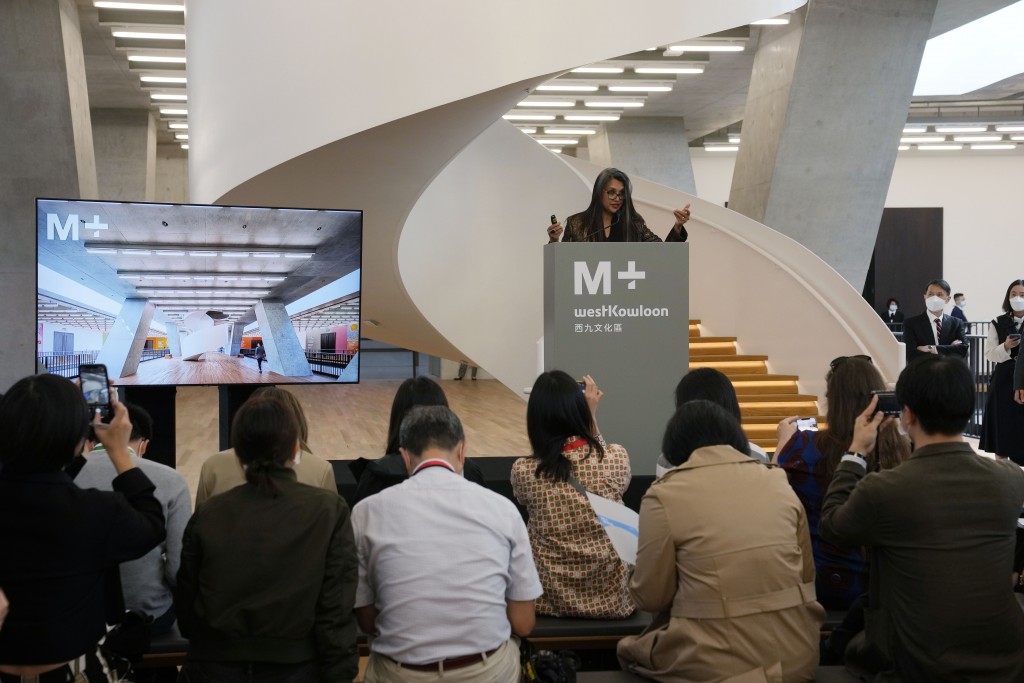 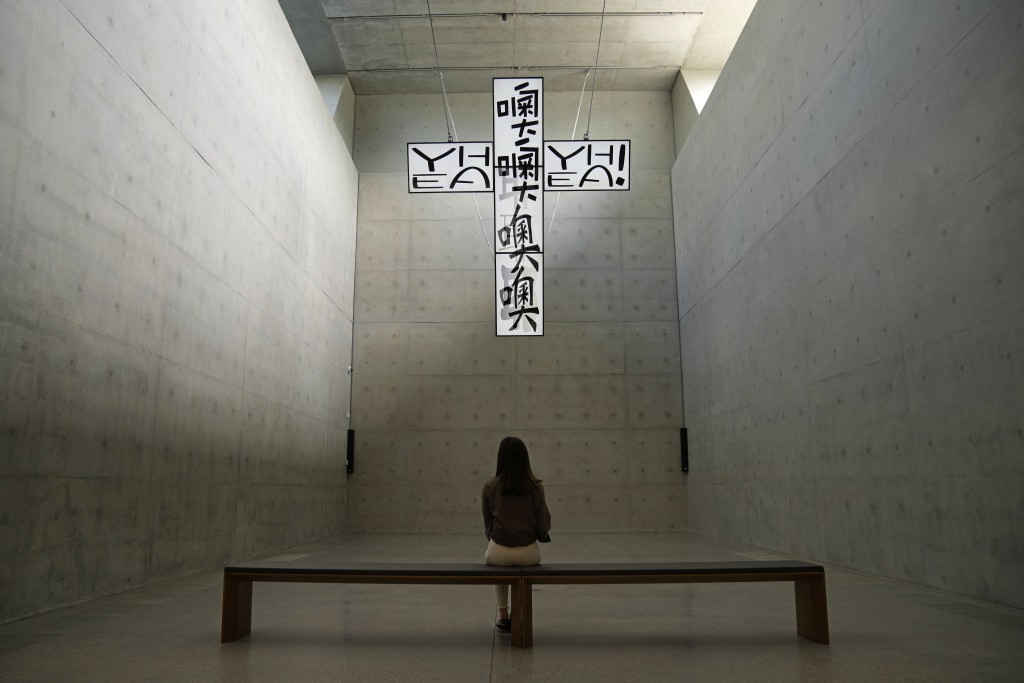 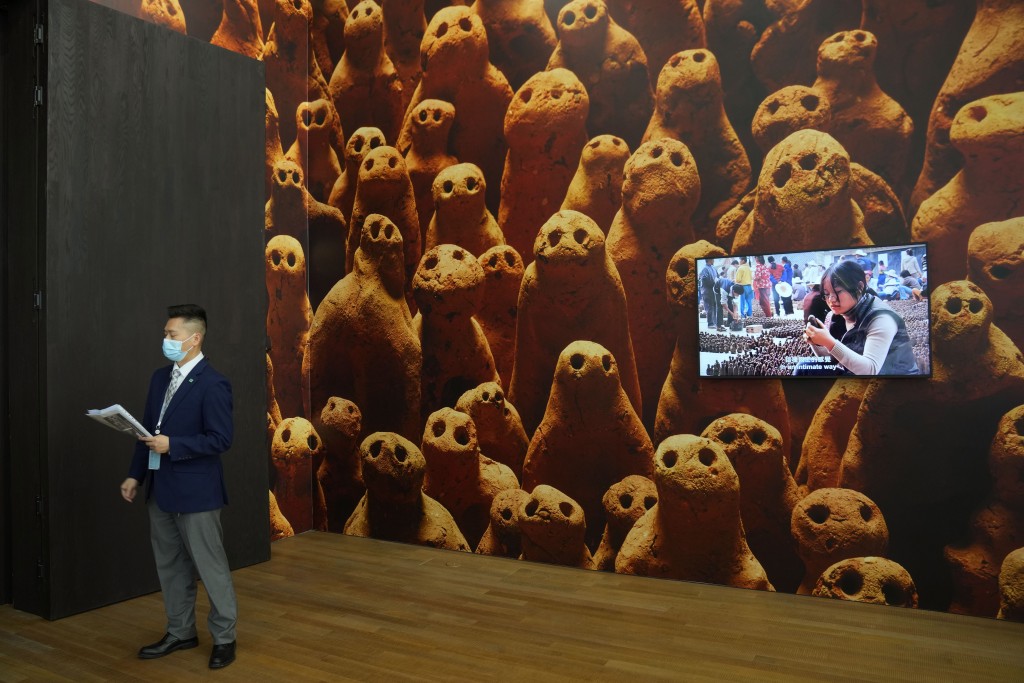 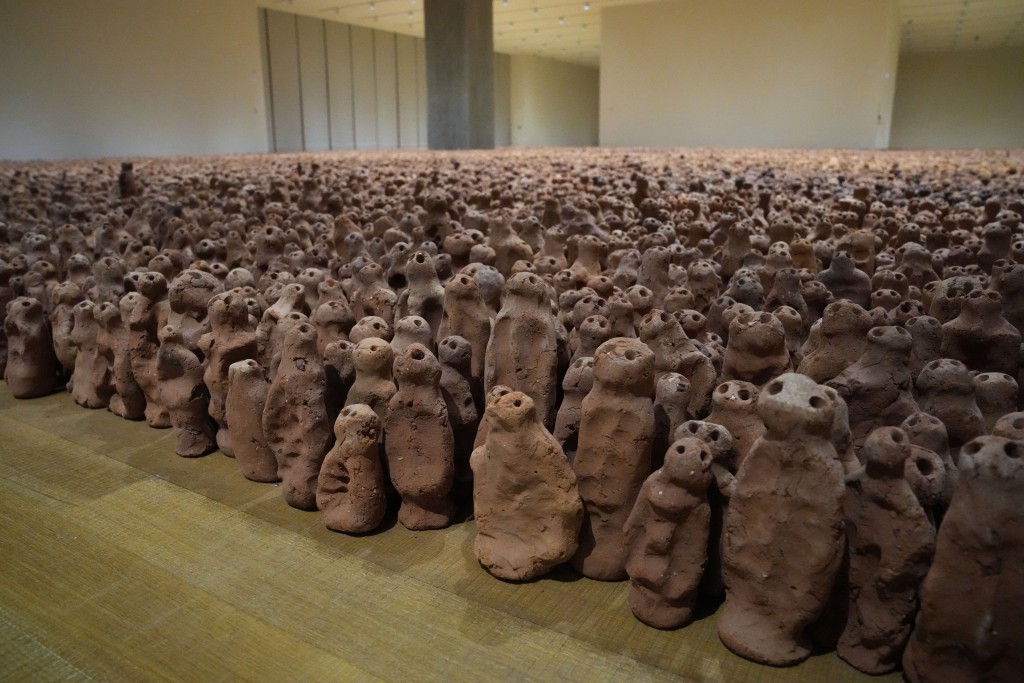 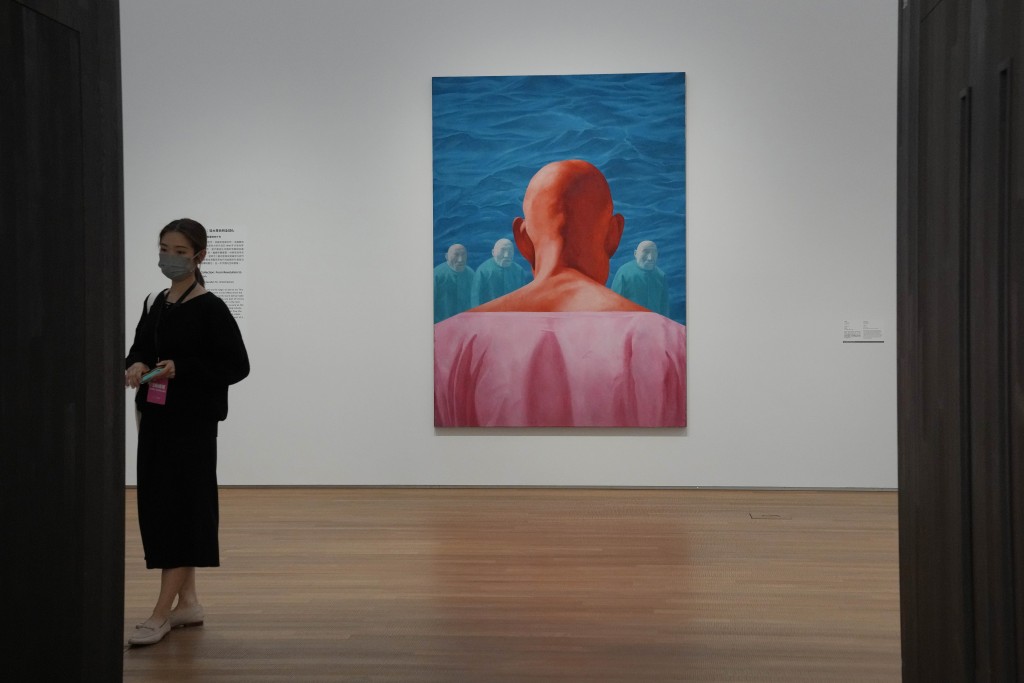 M+ boasts 183,000 square feet (17,000 square meters) of exhibition space, 33 galleries and over 6,400 works in its collection that range from modern and contemporary art to architecture and moving images. Designed by Swiss architects Herzog & de Meuron, M+ aims to put Asia on the global map for art and was built to rival London’s Modern Tate and the Museum of Modern Art in New York.

But the museum has come under fire for censorship, after it decided not to display a piece by Chinese artist and dissident Ai Weiwei after pro-Beijing politicians said that it was “spreading hatred against China” and could violate the city’s sweeping national security law. On its website, M+ replaced the digital image of the work with its logo.

The work by Ai, titled “Study of Perspective: Tian’anmen (1997),” depicts Ai raising a middle finger at Beijing’s Tiananmen Square, where a bloody crackdown by the People’s Liberation Army on pro-democracy protesters on June 4, 1989, killed hundreds, if not thousands.

Some of his works will be on display, but not the other images from Ai’s “Study of Perspective” series featuring middle fingers aimed at the White House, the Swiss parliament and the Mona Lisa, though they're still on the museum's website.

Beijing imposed the national security law after massive anti-government protests shook Hong Kong in 2019, challenging China's rule over the semi-autonomous city that was promised Western-style freedoms after its handover from Britain in 1997.

The law outlaws secession, subversion, terrorism and foreign collusion, and has been used to arrest over 120 people and silence opposition voices in the city. Among them, the annual vigil commemorating the Tiananmen massacre as well as the June 4 museum.

Ai has criticized M+ over its decision to censor his work.

“Under the current National Security Law, I think Hong Kong is facing a very dramatic political change,” Ai said in an interview with The Associated Press from Cambridge, England. “So the freedom of speech (can) no longer be performed in a normal way, but rather under severe censorship.

“So I don’t think the museum … with this kind of condition can still have this ambition to become one of the world’s most advanced cultural facilities.”

M+ has insisted that it is only acting in accordance with the law.

“This is the first contemporary museum in Hong Kong, so therefore, I want to ensure that the message is clear so that people don’t think that we are above the law,” Henry Tang, chairman of West Kowloon Cultural District Authority Board, said at the museum's opening ceremony on Thursday, ahead of the public viewing.

“This is the first principle that I always emphasize, particularly in the past, (as) there were some controversies regarding whether some exhibits might be in violation of law.”

Some, however, believe that the artwork's removal may be justified.

“It is self-censorship, but maybe it is survival, too, for M+. They need to balance what is important and what they can get away with,” said John Batten, president of the International Art Critics Hong Kong.

“And because this particular photograph has been such a lightning rod of criticism … maybe we should just put it aside for a while.”

Batten said that the opening of M+ would be beneficial to the arts scene in Hong Kong.

“M+ is the start of possibly a 50, a 100-year-old institution, so it should be forward looking,” he said, adding that the excitement visitors will feel walking into M+ could be similar to that of the Metropolitan Museum or the Museum of Modern Art in New York.

“As a contemporary artist, I think it’s a good that the museum provides a new channel for us to get to know the arts in Hong Kong, and from Asia and other parts of the world,” said Ho.

“This is a form of investment in culture which allows people to know that apart from Hong Kong’s economic achievement … it’s a good idea that we also have some cultural developments as well,” he said.