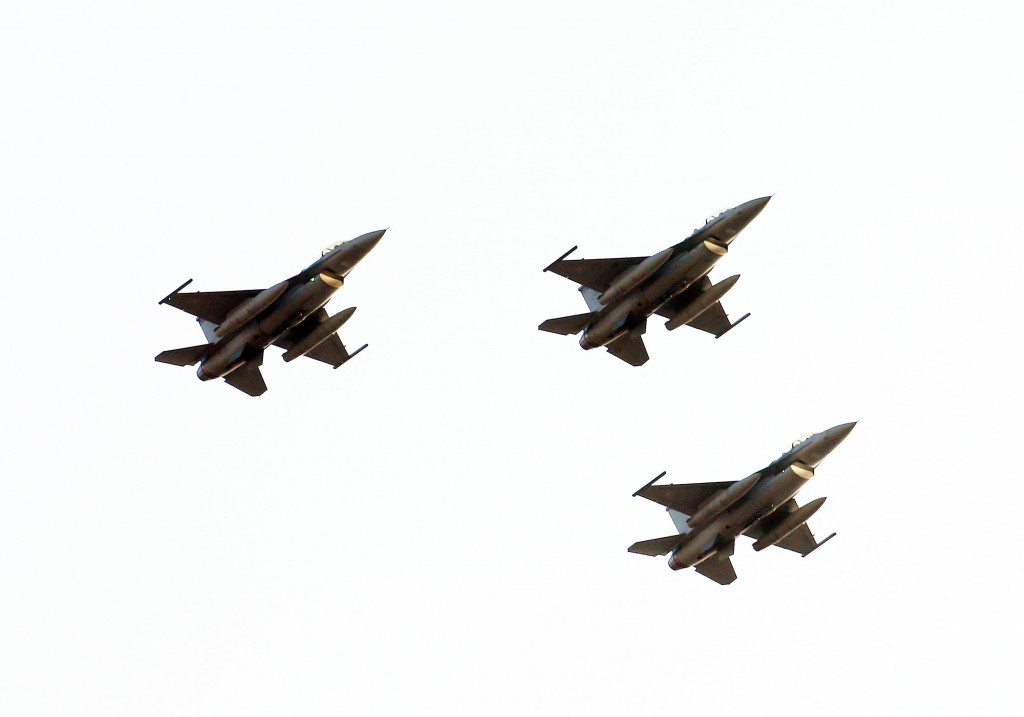 TAIPEI (Taiwan News) — F-16V fighter jets were up in the air near Chiayi Air Force Base a week before their first combat wing is commissioned, reports said Thursday (Nov. 11).

President Tsai Ing-wen (蔡英文) will attend the event, which is scheduled for Nov. 18, and invitations have been issued to the mayor of Chiayi, the chief of Chiayi County, and other local officeholders, UDN reported.

On Wednesday (Nov. 10), aviation and military fans spotted four of the American-built jets taking off in Chiayi at around the same time. One stayed longer to rehearse special maneuvers — flying upside down, rapidly climbing, and descending at steep angles — the report said.

The next round of rehearsals is scheduled for Friday (Nov. 12). Air Force Commander General Hsiung Hou-chi (熊厚基) will preside over the final preparations on Nov. 16.

The jets on display this and next week are among the 141 F-16A/B jets being upgraded to F-16Vs, but Taiwan has also ordered 66 new F-16V aircraft.