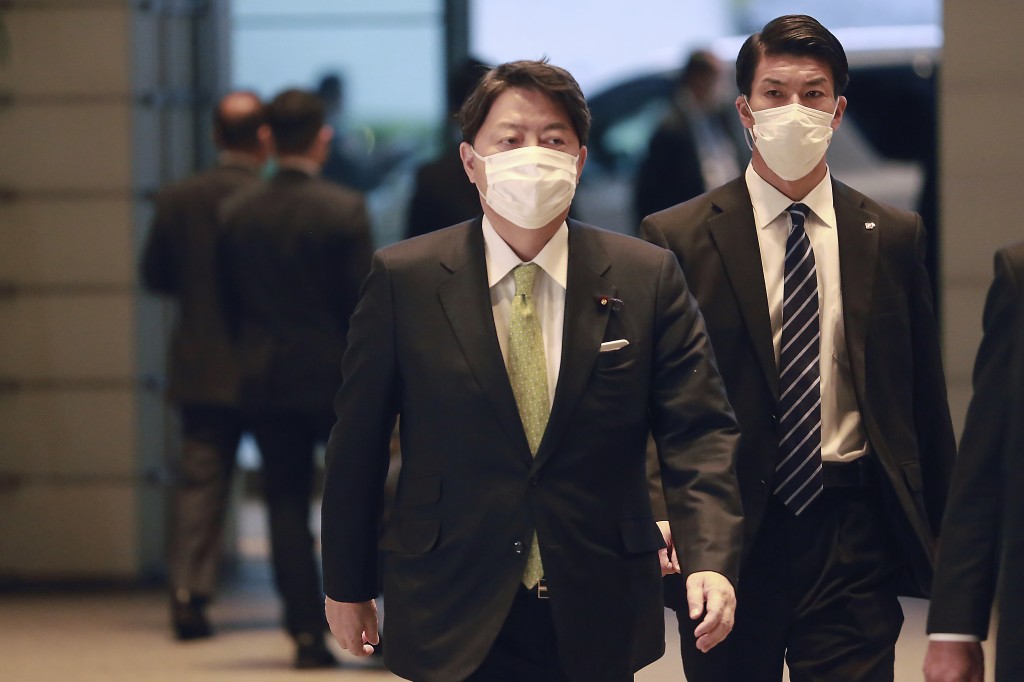 Hayashi also promised to maintain peace and stability for Japan and other regions, according to a Kyodo News report.

"We are seeing more serious challenges to universal values, which have sustained peace and the stability of the international community and the international order," Hayashi said at his first press conference in the role.

Hayashi also announced he will no longer lead a cross-party parliamentary group that promotes Japan-China relations "to avoid causing unnecessary misunderstanding." Hayashi has often been viewed as pro-China.

Hayashi mentioned, "Beijing's unilateral attempts to change the status quo," hastening to add Japan will "argue what should be argued and ask China to behave responsibly." He also expressed a desire to “build constructive and stable relations" with China and communicate and cooperate on shared issues where possible.

Hayashi made it clear the alliance between Japan and the U.S. is "the basis for peace and prosperity in the Indo-Pacific region.”