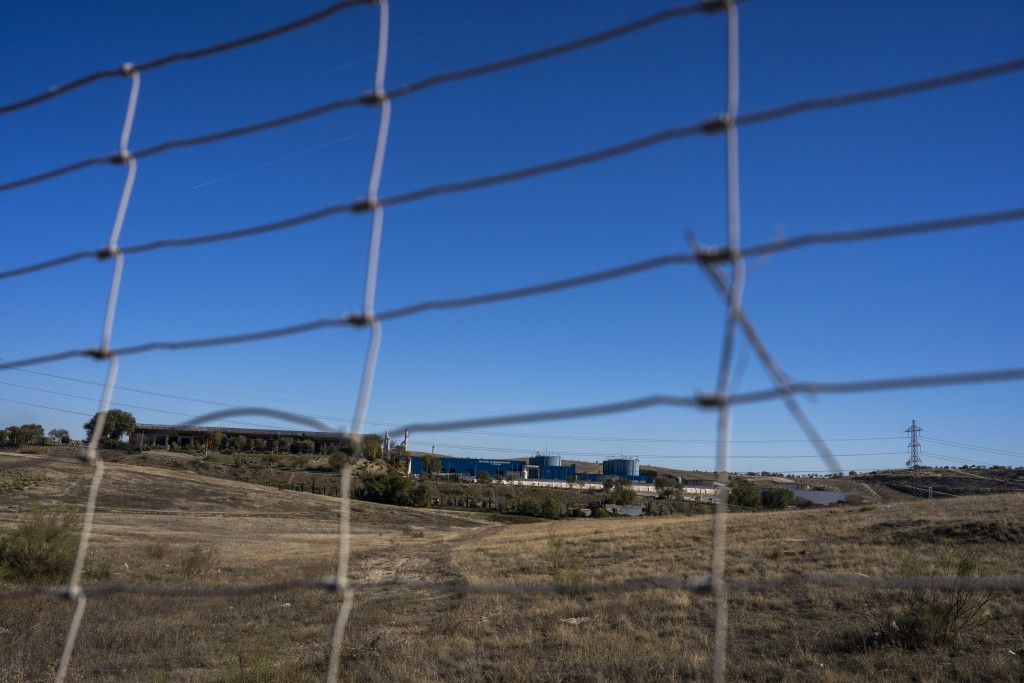 MADRID (AP) — Authorities in Madrid on Wednesday defended their handling of gas from decomposing organic waste after scientists aided by satellite imagery said they had found major leaks of methane from two landfill sites serving the Spanish capital.

The leaks were revealed a week after pledges from the United States, the European Union and individual nations at the ongoing COP26 climate negotiations in Glasgow to limit emissions of methane, which is a potent contributor to global warming.

The Madrid City Hall said it had not recorded any leaks and that officials constantly monitor the so-called “fugitive emissions” from the affected landfills: “Under no circumstances can it be affirmed that the biogas is being liberated to the atmosphere,” the city hall said in response to questions by The Associated Press.

In a series of images released Wednesday on the European Space Agency's website, methane plumes can be observed on Aug. 20 and Oct. 13 emanating from two adjacent landfill sites in the southeast suburbs of Madrid, some 18 kilometers (11 miles) from the city center.

Because methane is odorless and colorless, high-precision thermal imagery is needed to detect the leaks.

The satellite data pointed at a leak in the Valdemingomez landfill, which closed in 2000 but that, according to local authorities, is still in the process of “degassing” — releasing residual amounts of methane and other gases. The other site is nearby Las Dehesas landfill, which is currently operational.

The Madrid municipal government said that both sites “have biogas extraction systems to prevent its release into the atmosphere, and systems to transform this biogas into electricity.”

Brody Wight, sales director at GHGSat, one of the companies behind the satellite imagery, told the AP that the emissions were likely to be sustained and not a spike in those two dates. Although the sources were close to facilities for capturing and transforming the gas into electricity, he said that their data suggested that the leaks were tied to the cells of land where the waste is being dumped.

GHGsat, which provides services of greenhouse gas emission monitoring to governments and companies, worked with experts from the SRON Netherlands Institute for Space Research and used data from the Copernicus Sentinel-5P mission.

The group found that the largest identified source released methane at a rate nearing 5,000 kilograms per hour and that the cloud of the highly flammable gas drifted toward nearby neighborhoods. Both landfills emitted 8,800 kilograms of methane per hour in August this year, a record observation in Europe by GHGSat.

The scientists said that, if sustained in time, the level of methane emissions observed in the Madrid leaks could power 350,000 homes.

Although the atmosphere has far bigger concentrations of carbon dioxide than methane, the latter is believed to be in the long term a stronger contributor to the greenhouse effect that causes climate change. Over 20% of human-induced global warming is believed to be caused by methane, which is also produced, among others, by vast cattle farms.

In Europe, waste is believed to be the source of roughly one-quarter of the continent's methane emissions, according to the EU’s Methane Strategy. The bloc's regulations require landfill and dumpsite operators to capture the gas and either use it for energy generation or burn it.

The Madrid government didn't directly respond to questions sent about the specific leaks identified by the satellite images.

In a written statement, it said that it had a contract to control the “fugitive emissions" in the plants that handle the methane: “These controls are carried out periodically and allow detecting possible emissions and correcting them immediately,” it said.

Read stories on climate issues by The Associated Press at https://apnews.com/hub/climate