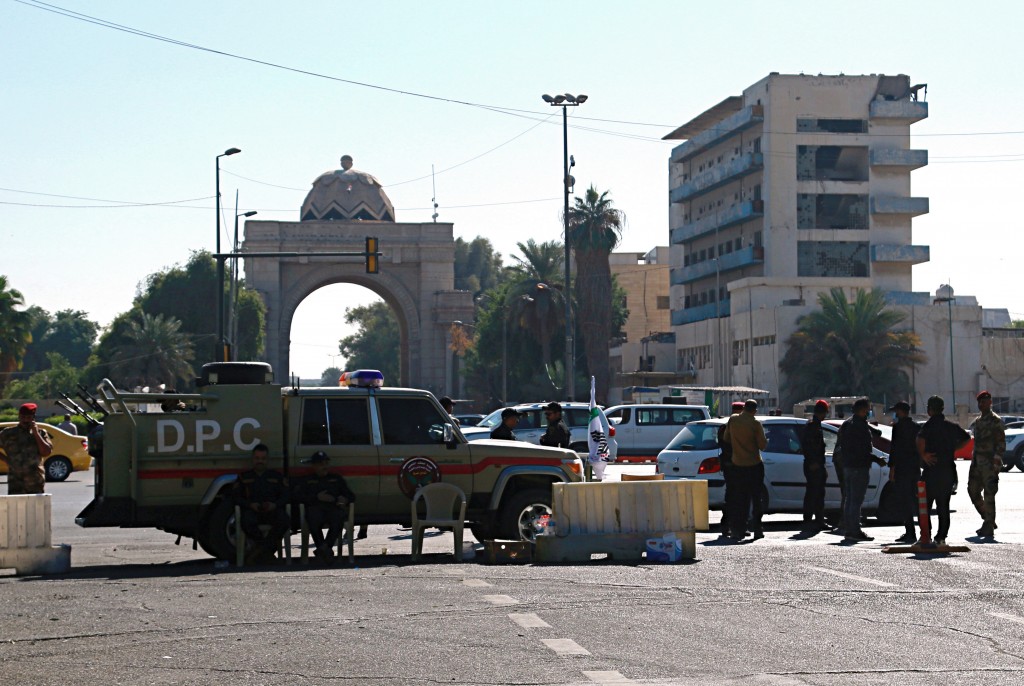 BAGHDAD (AP) — Iraq’s prime minister toured a Baghdad neighborhood on foot Wednesday, three days after he escaped an assassination attempt at his home in the Iraqi capital.

In his first public appearance outside his residence since the attack, Prime Minister Mustafa al-Kadhimi’s office said some residents of the eastern neighborhood of Sadr City congratulated him for surviving Sunday’s drone attack, in which he was lightly injured.

The failed attempt ratcheted up tensions following last month’s parliamentary elections, in which Iran-backed militias were the biggest losers.

There was no claim of responsibility but suspicion immediately fell on the militias. They had been blamed for previous attacks on the Green Zone, which also houses foreign embassies.

Some analysts have surmised that Sunday’s attack was staged by those who lost in the recent election and was aimed at cutting off the path that could lead to a second al-Kadhimi term.

Sadr City is a stronghold of influential Shiite cleric Muqtada al-Sadr, who won the largest number of parliament seats, 73 out of 329. While he maintains good relations with Iran, al-Sadr publicly opposes external interference in Iraq’s affairs.

Sadr City was named after al-Sadr’s late father, Mohammed Sadiq al-Sadr, who was shot dead along with two of his sons in the southern city of Najaf in 1999 when Iraq was under the rule of President Saddam Hussein.

Al-Kadhimi called for launching a reconstruction campaign in Sadr City, where explosions and suicide attacks have left hundreds of people dead or wounded over the years. He added that such a campaign could be followed by a move to rebuild Baghdad and other provinces.

Al-Kadhimi on Sunday suffered a light cut and appeared in a televised speech soon after the attack wearing a white shirt and what appeared to be a bandage around his left wrist. Seven of his security guards were wounded in the attack using at least two armed drones.

Al-Kadhimi, 54, was Iraq’s former intelligence chief before becoming prime minister in May last year. He is considered by the militias to be close to the U.S., and has tried to balance Iraq’s alliances with both the U.S. and Iran.