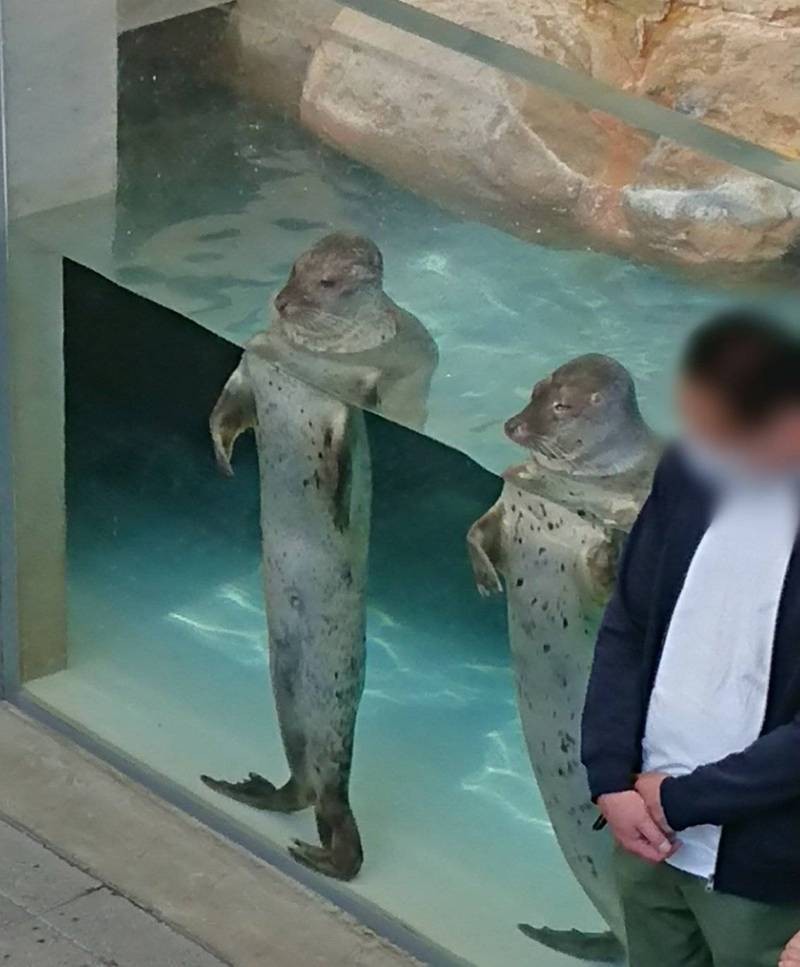 TAIPEI (Taiwan News) — A pair of sea lions in Japan has become a hit among netizens after they were seen blending into the crowd of aquarium visitors by standing erect in their enclosure.

The netizen who captured the moment was watching a feeding show at the Kinosaki Marine World in the country’s Hyogo Prefecture when they noticed two of the aquatic mammals copying human bystanders, according to a Liberty Times report.

They later shared their photos on Twitter, which triggered a huge response on the platform, racking up almost 300,000 likes.

Even though it seems the animals probably just wanted to get a good look at the other sea lions that were feeding, netizens agreed they really did look like people and were very cute indeed.

Some of the comments included:

“They are so realistic!”

“The sea lions have such a dramatic gaze.”

“What kind of trendy pose are they striking?”

According to the aquarium’s website, the Kinosaki Marine World tries to create memorable experiences for visitors through an environment where they can get closer than usual to the animals. The netizen who shared the post on Twitter endorsed the marine park, encouraging others to go if they are ever in Hyogo.