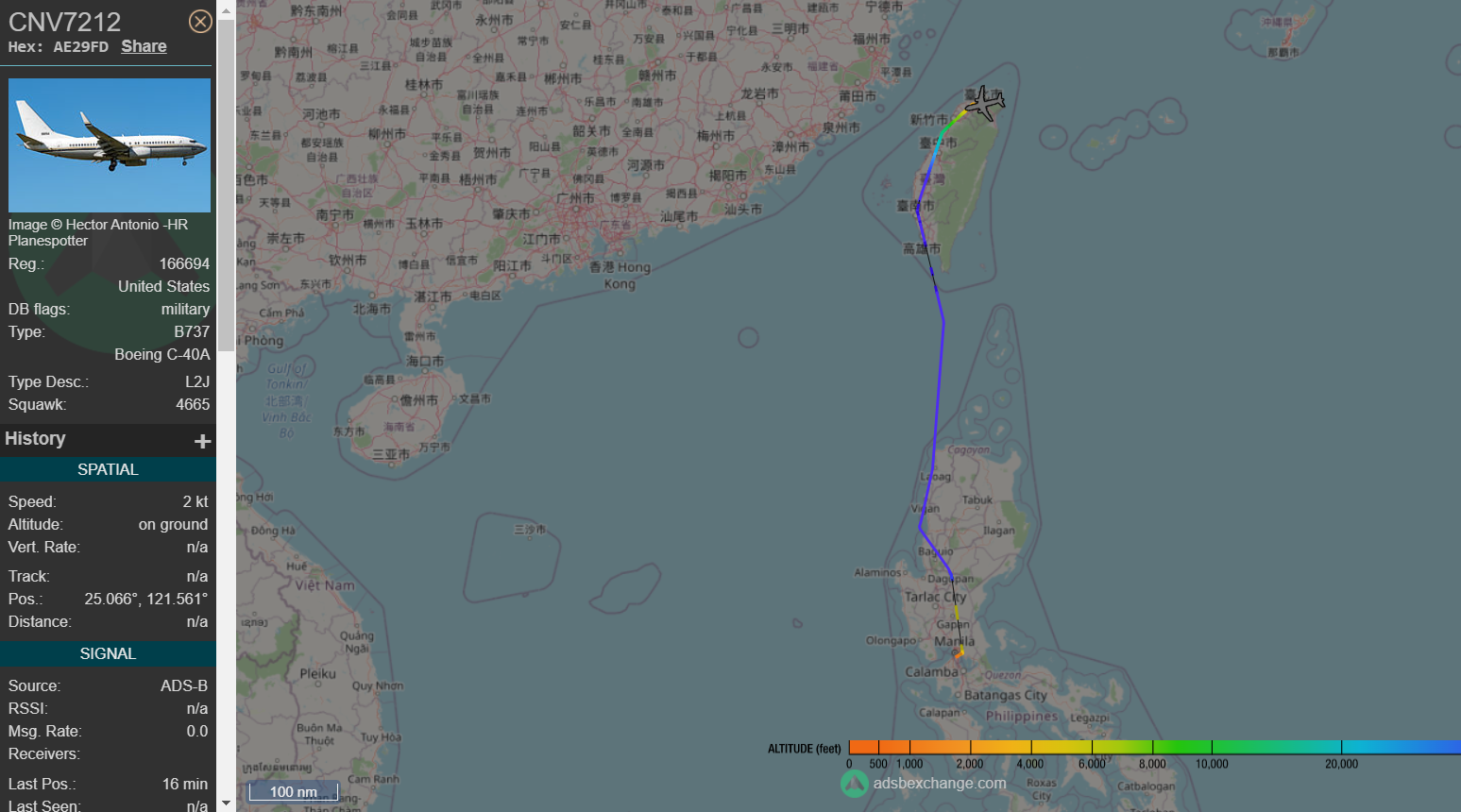 TAIPEI (Taiwan News) — A delegation of U.S. Congress members reportedly arrived in Taipei on an unannounced visit via a U.S. Navy aircraft on Tuesday evening (Nov. 9).

At 7:09 p.m. the Facebook page of Taiwanese aircraft spotter "Southwest Airspace of TW" (台灣西南空域) posted images of the flightpath of a Boeing C-40A registered to the U.S. military taking off from Clark Air Base in the Philippines and landing in northern Taiwan. It listed the aircraft's tail number as CNV7212, and according to aircraft tracker websites Flightradar24 and FlightAware, the plane is registered with the U.S. Navy Air Logistics Office, took off from Manila at 4:40 p.m., and landed at 6:17 p.m. at Taipei Songshan Airport.

That evening, Taiwan's Ministry of Foreign Affairs (MOFA) issued a statement in response to questions by the media as to whether the plane was carrying U.S. lawmakers. The ministry cryptically responded that the relevant itinerary has been coordinated with the American Institute in Taiwan (AIT).

The ministry stated that it is providing administrative assistance to the delegation and coordinating with the Central Epidemic Command Center (CECC) on relevant epidemic prevention measures. Acknowledging that it is a visit by U.S. officials, it stated that this "case" is the result of coordination between Taiwan and the U.S.

Presidential Office Spokesperson Xavier Chang (張惇涵) was cited by CNA as saying that the visit by "U.S. senators and congressmen was based on mutual trust and coordination between Taiwan and the U.S." Chang stated that out of respect for the wishes of the guests, no further explanation would be given at this time but that MOFA will provide relevant information "in due course." Flightpath of C-40A from Philippines to Taiwan. (Flightradar24 screenshot)