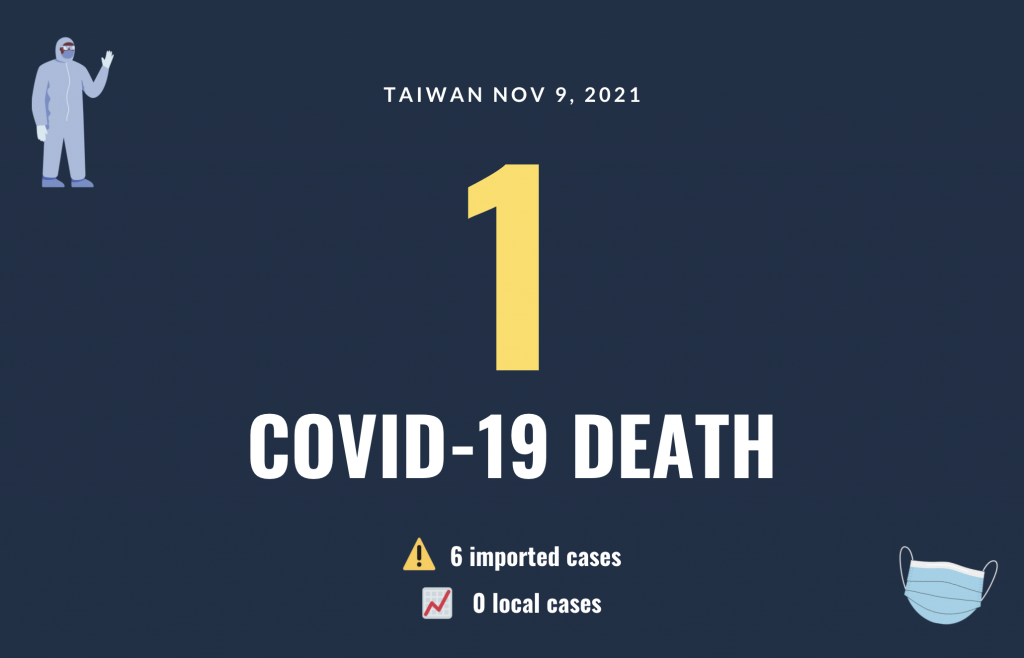 Chen said the single death reported Tuesday, case No. 8,724, was a 93-year-old Taipei woman who had a history of chronic disease and contact with confirmed cases. On May 24, she began to experience a fever and sore throat and sought medical attention on May 30, when she was placed in a hospital isolation ward.

She was tested for the virus on May 31 and diagnosed with COVID on June 1. She was released from isolation and discharged from the hospital on July 26.

Chen stated that she died at home on Oct. 11 due to "another disease." When asked for clarification about the cause of death, Chen said that the woman had suffered from cancer.

Philip Lo (羅一鈞), deputy head of the CECC’s Medical Response Division, further explained that the cause of the woman's death was initially determined by the coroner to be a type of cancer that led to the failure of her heart, lungs, and kidney. However, when the CECC received notice of the death, Lo said the center decided to include her in the death toll, as they believe her COVID infection was one of a number of factors that contributed to her death, although not the primary cause.