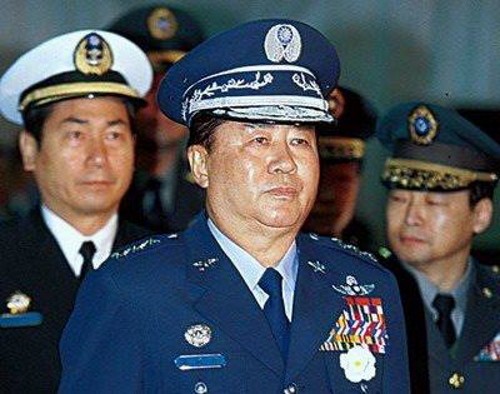 TAIPEI (Taiwan News) — Democratic Progressive Party (DPP) legislators on Monday (Nov. 8) called on the government to weigh discontinuing pension payments to a former Taiwanese general after he told Chinese state-run media that China has every right to dispatch warplanes into Taiwan's air defense identification zone (ADIZ) because it is part of 'it's territory."

In an interview with China's state-operated mouthpiece the Global Times on Friday (Nov. 5), former Air Force general Hsia Ying-chou (夏瀛洲) said that he believes tensions in the Taiwan Strait have reached their highest level since the Third Taiwan Strait Crisis in 1996. Hsia asserted that Taiwan's combat effectiveness has been declining over the past few decades and claimed that the country's DPP leadership is "'killing without teaching" by pushing Taiwanese troops to fight on the front lines with only four months of training."

In response to a Pentagon report released on Nov. 3 that warned China is planning to force Taiwan to negotiate on its terms by 2027, Hsia said "the Mainland will definitely be able to solve problems in 2027, but there will be no winners in the war." He alleged that the Pentagon is controlled by a large consortium, which in turn is run by arms dealers, and questioned whether it truly wants to see the peaceful unification of the two sides across the Taiwan Strait.

Regarding President Tsai Ing-wen's (蔡英文) acknowledgment that there are U.S. troops in Taiwan, Hsia said the outside world generally interpreted this to mean there were "U.S. troops stationed in Taiwan." However, he noted that Defense Minister Chiu Kuo-cheng (邱國正) had immediately tried to clarify that the soldiers are "assisting," not "stationed," in Taiwan.

Hsia argued that Tsai had deliberately used "vague words to give the outside world a different interpretation." He speculated that this was a U.S.-led release of information aimed at testing China's response and that if it reacts strongly, "(Tsai) will find another excuse to change it," he said.

As for the increasing incursions by Chinese warplanes in Taiwan's ADIZ, Hsia said People's Liberation Army (PLA) aircraft that appear in the "Taiwan Island's southwest airspace are in their own territory, where they have every right to patrol."

In a Facebook post uploaded on Sunday (Nov. 7), DPP lawmaker Wang Ting-yu (王定宇) wrote that the "loss of military virtue by a soldier is downright shameful." Wang asked, "What is the use of supporting you?" He pointed out that "the pay and bonuses of officials and civil servants all come from the taxpayer's pocket, so they need to work hard to make themselves worthy."

During a press conference on Monday (Nov. 8), DPP Legislator Tsai Shih-ying (蔡適應) said that as a former general, he does not think Hsia's statements "fall under the scope of freedom of speech and should be taken seriously," reported the Liberty Times. Tsai called on prosecutors to investigate whether his actions constitute a violation of the Anti-Infiltration Act (反滲透法).

DPP legislative caucus director Liu Shyh-fang (劉世芳) called on the Ministry of National Defense and the Veterans Affairs Council to seriously consider revoking Hsia's retirement. He also called for an investigation into whether he has been compromised by China's political warfare campaign or United Front operations.