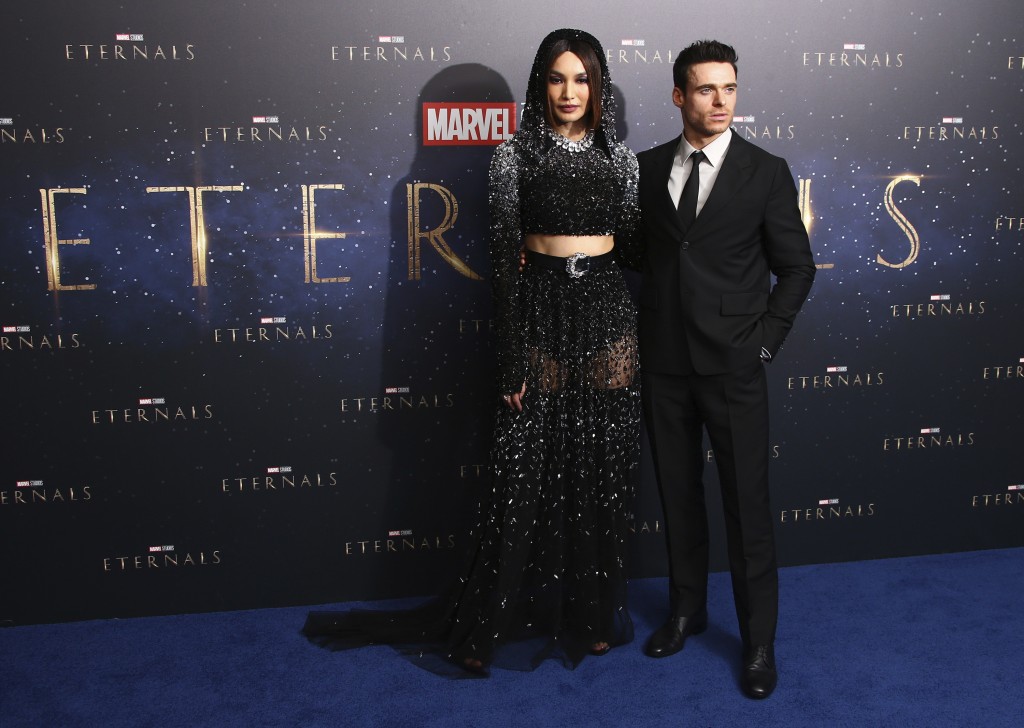 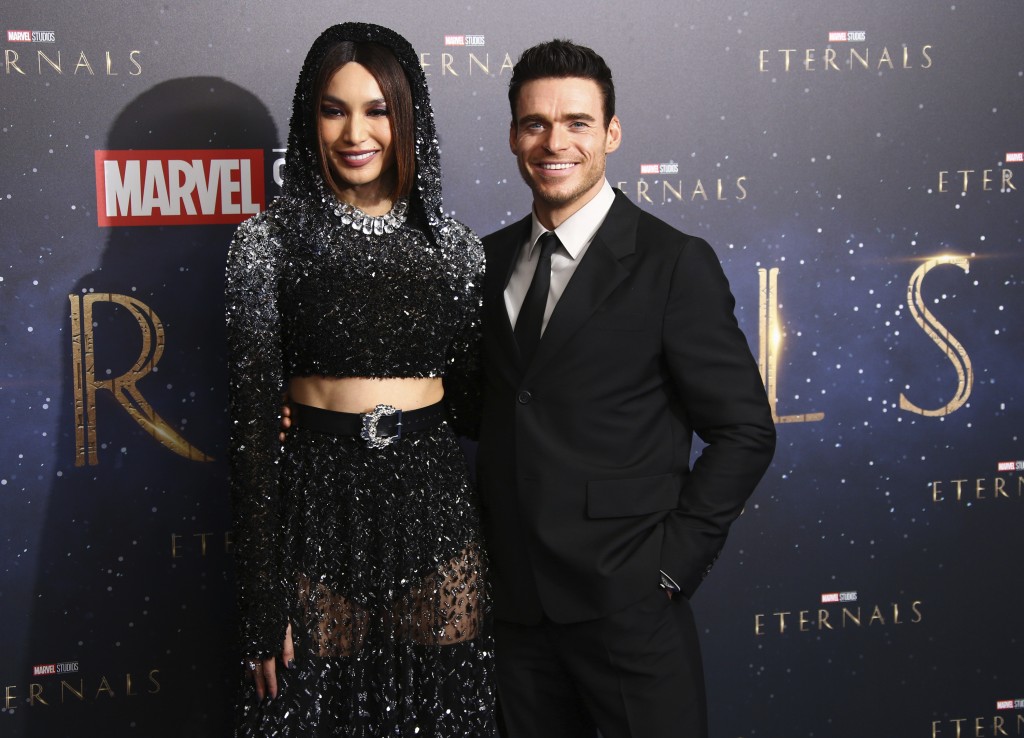 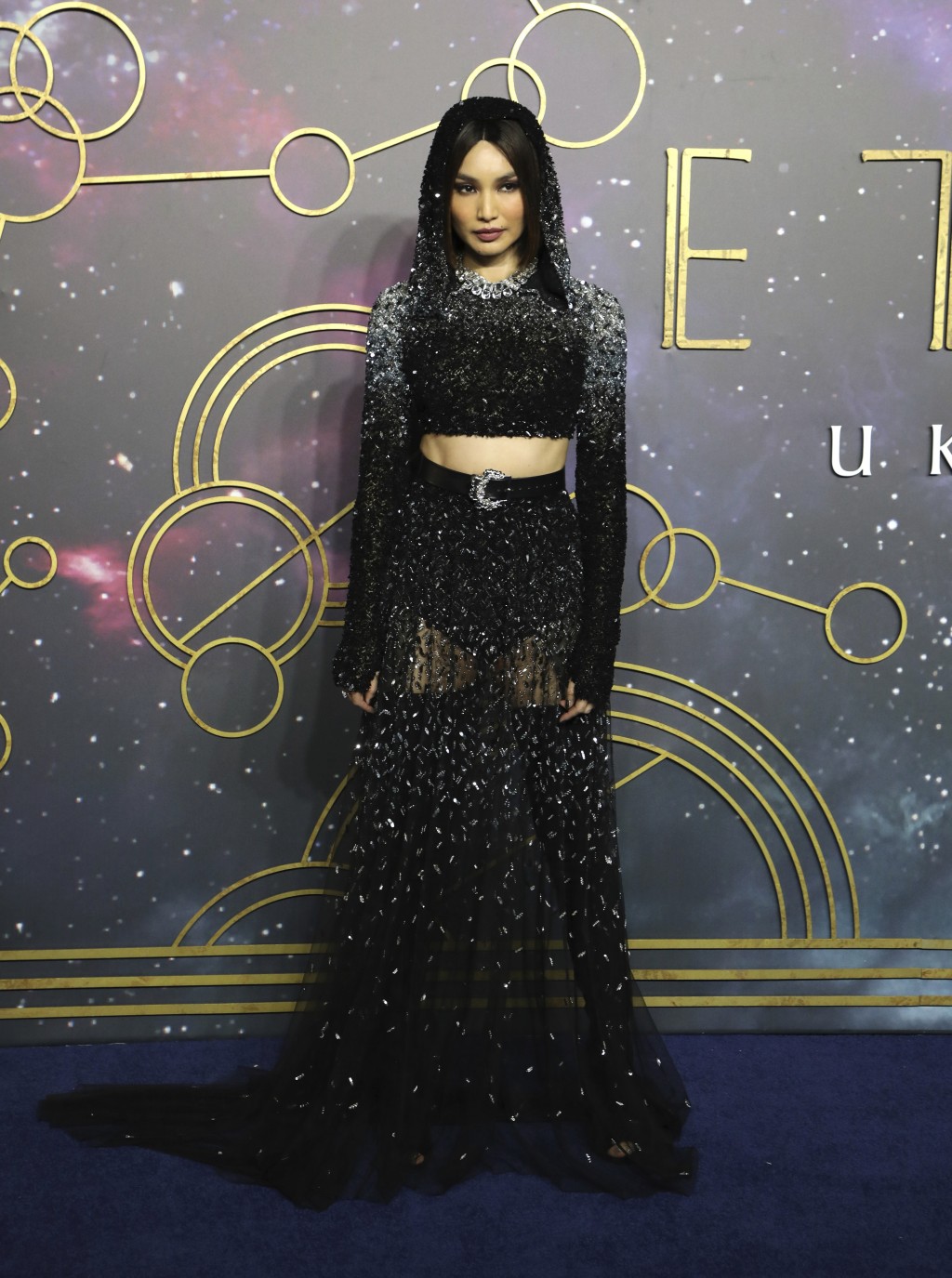 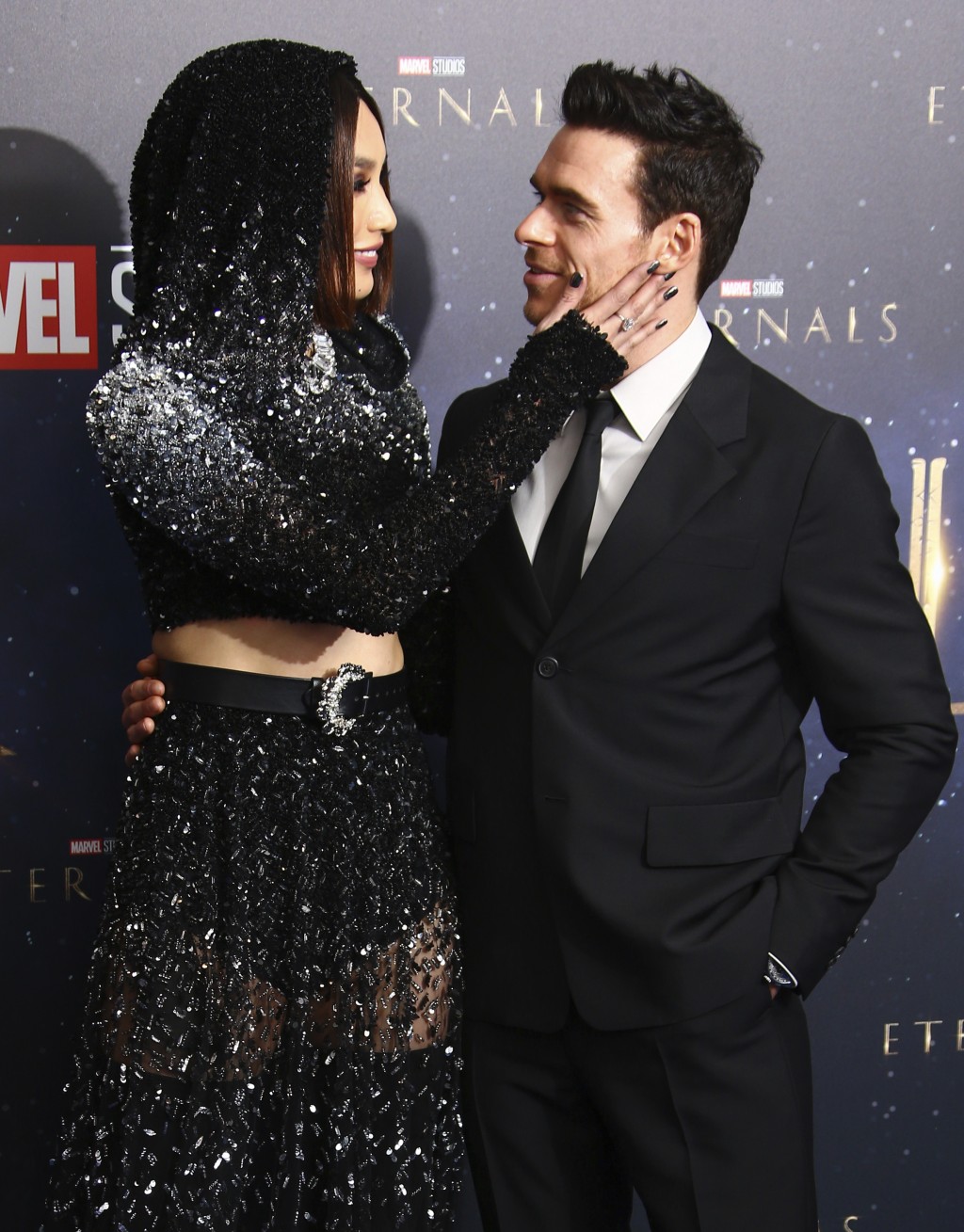 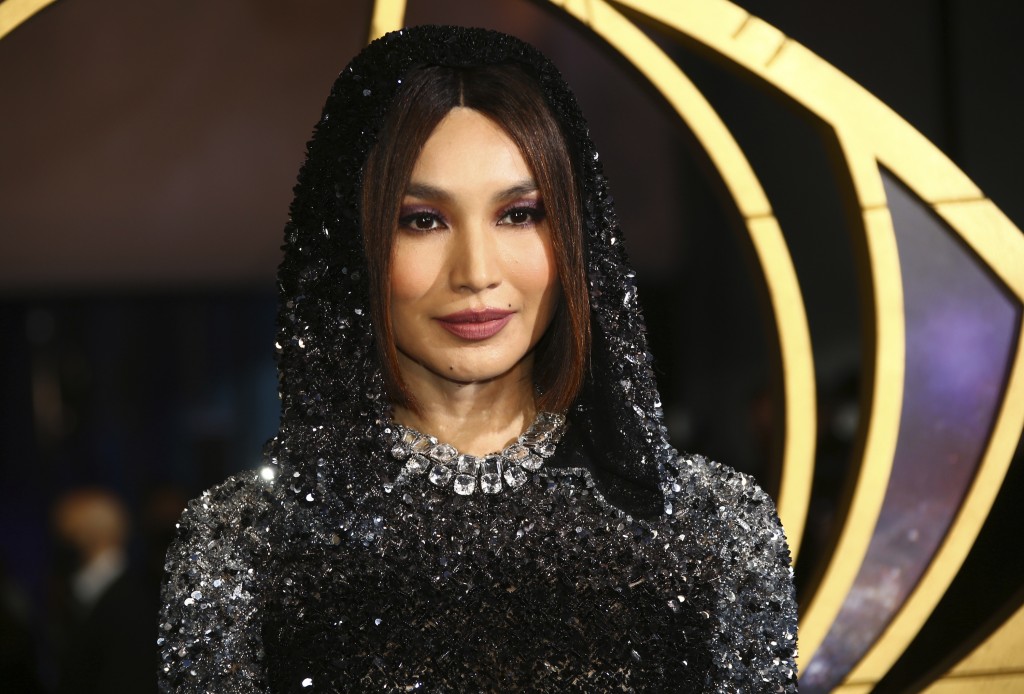 LOS ANGELES (AP) — Marvel’s new film “Eternals” broke the mold in an area the studio has conspicuously avoided for years: Sex between superheroes.

But Richard Madden, who stars as Ikaris, said any headline focused on superhero sex is “just kind of crass.” He calls the love scene involving his character and Gemma Chan’s Sersi an “intimate moment.”

“We’re trying to tell a love story and we’re trying to show an intimacy and a delicacy of people that have been together for many, many years,” said Madden about their characters, who fell in love thousands of years ago during the Babylonian Empire. He said the scene marked a “huge part of the start of their relationship.”

The couple are members of a race of immortal beings who have spent 7,000 years on Earth defending the world from rivals known as Deviants.

“It’s a beautiful insight into this world,” he continued. “And you know, in our heads as actors, I can think it’s very much less about superheroes doing this thing and more about two characters sharing an intimate moment.”

The film won the weekend box office, earning $71 million domestically, but has divided critics and audiences more than any previous Marvel Studios film.

Sexually suggestive scenes have not been shown in previous Marvel projects — especially since most of those films draw kid viewers. There was a one-night stand between Tony Stark and a journalist in 2008’s “Iron Man,” but nothing risque was shown.

“Eternals” carries a PG-13 rating in part because of “brief sexuality.”

Salma Hayek, who plays superhero Ajak, calls Zhao a very “elegant filmmaker.” She said the director's perspective about love and sex is different.

“There is an elegance to it,” said Salma Hayek, who believes the scene fits in with the film’s overall themes, which also include a same-sex kiss. The actor said the film explores love and it being represented in “different realms.”