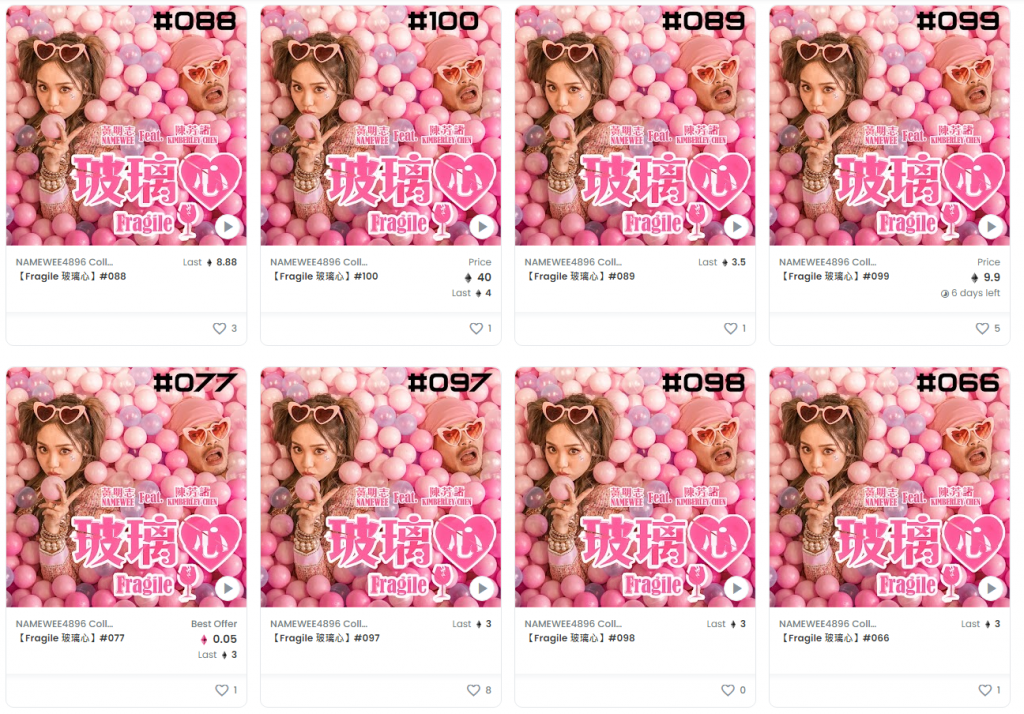 After the Malaysian rapper and movie director along with Australian singer Kimberley Chen (陳芳語) released the song "Fragile," China banned their Weibo accounts and removed their works. The tune has been played more than 10 million times in a week, with the most views coming from Taiwan, followed by Hong Kong, and Malaysia.

Namewee wrote on Facebook Sunday (Nov. 7) that he had released 99 NFTs of “Fragile” on the platform "OpenSea” and that all the minted units had sold out in three hours. "I am overwhelmed by becoming a millionaire overnight,” Namewee said.

He reckoned that NFTs are cool because no one can take them down. "Certainly not China; they cannot take anything down whenever they feel like it."

The creative mind expects more people to join him in the fight against unfair financial systems. “All along, we have worked so hard just for the benefit of national banks,” he said.

Additionally, the songwriter produced a song dedicated specifically to NFTs called "Go NFT," and he deleted all the related original musical documents to ensure the uniqueness of the virtual items. The NFTs of the tune are available for purchase on OpenSea.

The artist promised that he would not convert virtual currencies into real money no matter how much he earns and that he will release more NFTs on Nov. 14.