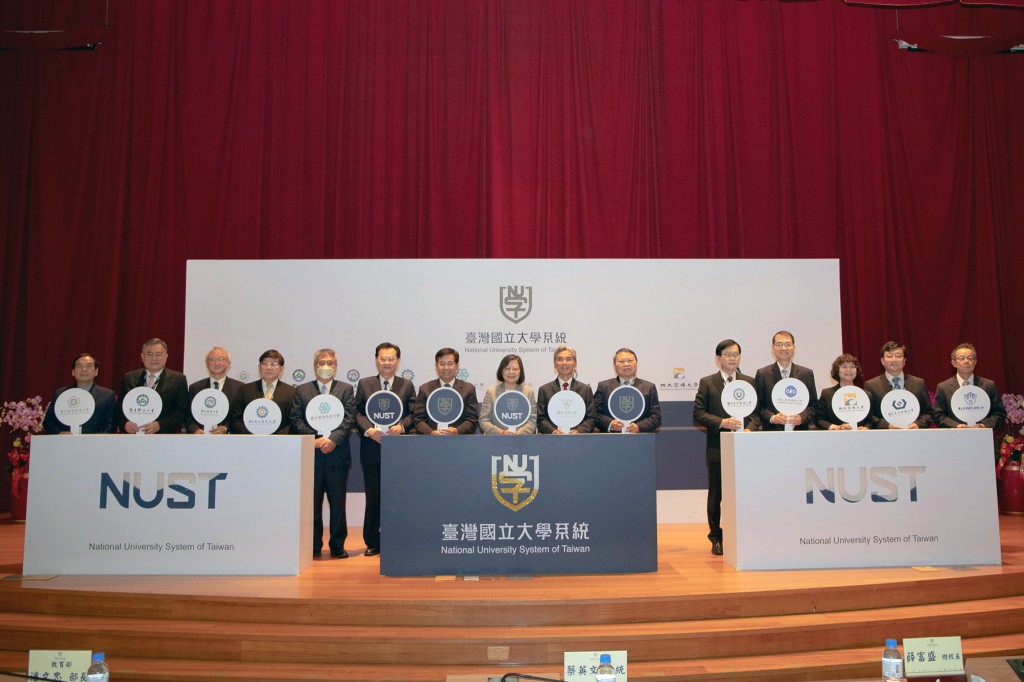 NCHU and NUST President Shieu Fuh-sheng (薛富盛) said at the ceremony that NUST aims to become a major force in promoting Taiwan’s national “bilingual by 2030” goal as well as deepening exchanges and collaboration with relevant industries. Aside from academic development, the NUST will also work towards the United Nations’ sustainability goals, including attaining net-zero emissions, NCHU cited Shieu as saying.

Also in attendance were President Tsai Ing-wen (蔡英文), Minister of Education Pan Wen-chung (潘文忠), and the presidents of the 10 other universities.

NCHU cited President Tsai as saying that the NUST encompasses over 100,000 students, 3,600 professors, and 10,000 courses in various fields. This is the largest interdisciplinary platform in Taiwanese higher education history, paving the way for a new phase for Taiwan’s universities.

According to Tsai, as the world’s political and economic structures change rapidly in today’s world, Taiwan must cultivate more diverse talents to better take on challenges that await in the future. She applied the economies of scale concept to NUST, saying the abundant educational resources will inspire students to come up with more innovative ideas. Schools in the NUST will offer common courses through online platforms, lecture tours, and joint seminars as well as build common databases and equipment-sharing platforms, per the NUST website. Its long-term goal is to become an innovative force that helps green technology companies advance by integrating academia with central Taiwan's high-tech industry.

The establishment of NUST is also partly a solution to the student enrollment difficulties some universities face, as the number of new students has consistently dropped in the past years due to Taiwan’s sub-replacement fertility.