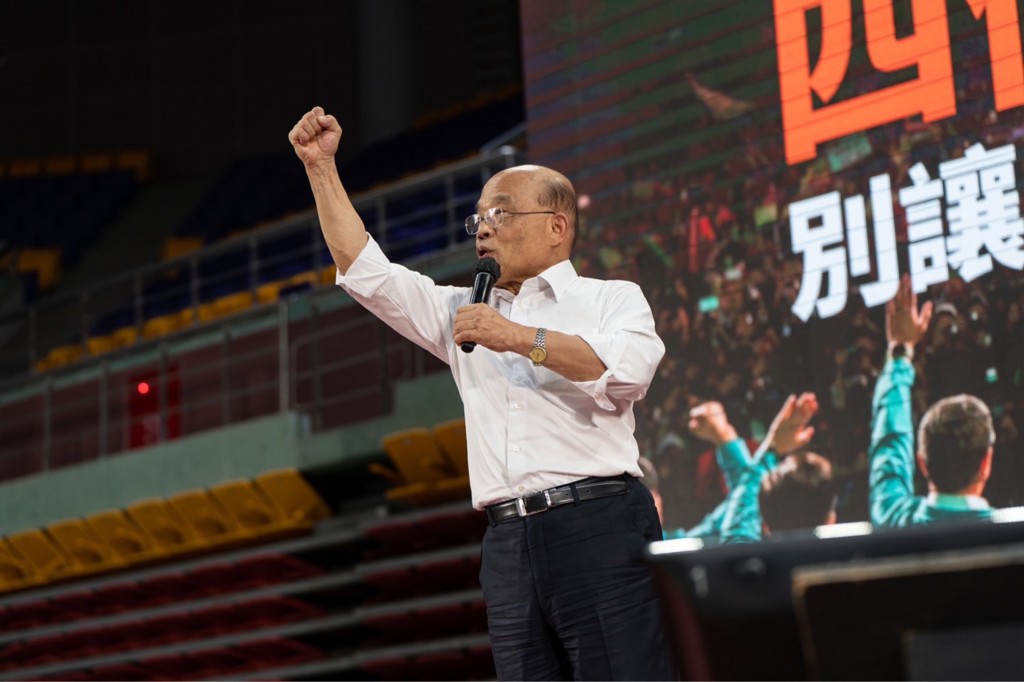 TAIPEI (Taiwan News) — Premier Su Tseng-chang (蘇貞昌) has defied Beijing and said he is not intimidated after Beijing blacklisted him for life on Friday (Nov. 5) after deeming him a Taiwan independence supporter.

Asked how he felt about the news of his blacklisting by Democratic Progressive Party (DPP) Legislator Chen Ting-fei (陳亭妃), Su said China had no right to interfere in Taiwan's affairs.

“These are outsiders who have not been in Taiwan for even a day simply pretending they can tell us what to do,” China Times quoted him as saying. “I struggle for Taiwan, do what needs to be done for Taiwan, and I do it without fear.”

The blacklist was announced at a press conference on Friday when China’s Taiwan Affairs Office (TAO) Spokesperson Zhu Fenglian (朱鳳蓮) said Beijing will punish "secessionists." She said China would stop them and their families from entering China through Hong Kong and Macau.

It will also limit companies they are affiliated with from working with organizations and individuals in China.

This represents a new chapter in China’s approach since it is the first time the country has announced tangible sanctions against individuals it deems Taiwan independence supporters. There is no knowing whether the list will be expanded from a handful of politicians to include business figures, media personalities, or ordinary citizens who are sympathetic to Taiwan independence in the future.