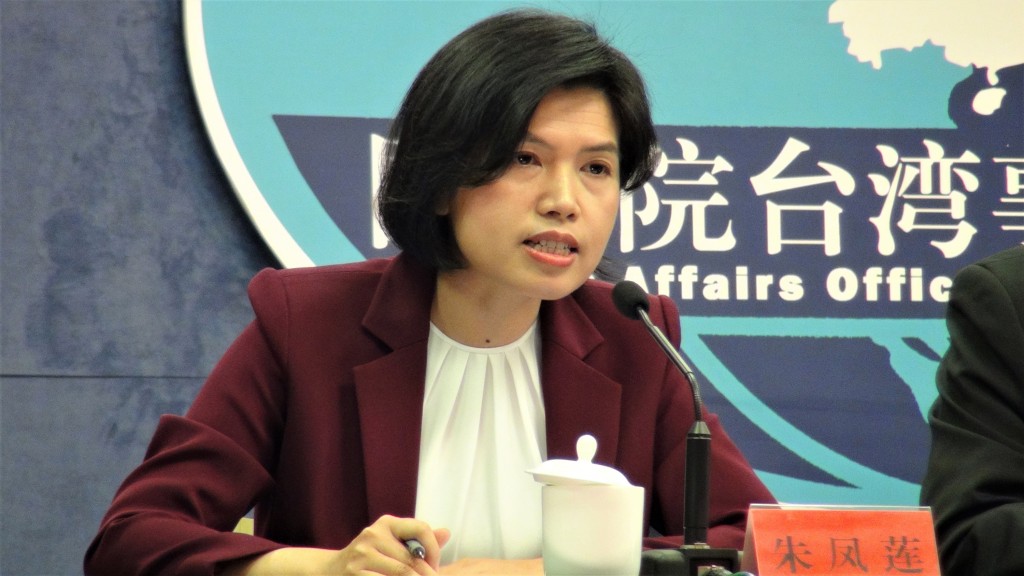 TAIPEI (Taiwan News) — China on Friday (Nov. 5) announced that it has created a blacklist of "stubborn Taiwan secessionists" who it will ban from Hong Kong and Macau, including at least three Taiwan leaders.

At a press briefing on Friday, Taiwan Affairs Office (TAO) Spokesperson Zhu Fenglian (朱鳳蓮) said that China will punish "secessionists" in accordance with the law and prohibit them and their families from entering China through Hong Kong and Macau. It will also restrict their affiliated companies from working with organizations and individuals in China.

Zhu said that China will never allow them or their enterprises or investors to profit from the communist country and will take other "necessary disciplinary measures." When asked by state-run media who would be banned, she identified Premier Su Tseng-chang (蘇貞昌), Legislative Yuan Speaker You Si-kun (游錫堃), and Minister of Foreign Affairs Joseph Wu (吳釗燮) as among the the "diehards" who have tried to:

The spokesperson claimed these individuals had been warned about their behavior. She said those who "forget their ancestors, betray the motherland, or split the country will face an ignominious ending, spurned by the people and judged by history."

Zhu threatened to pursue criminal action against these individuals, in accordance with the law and for life.