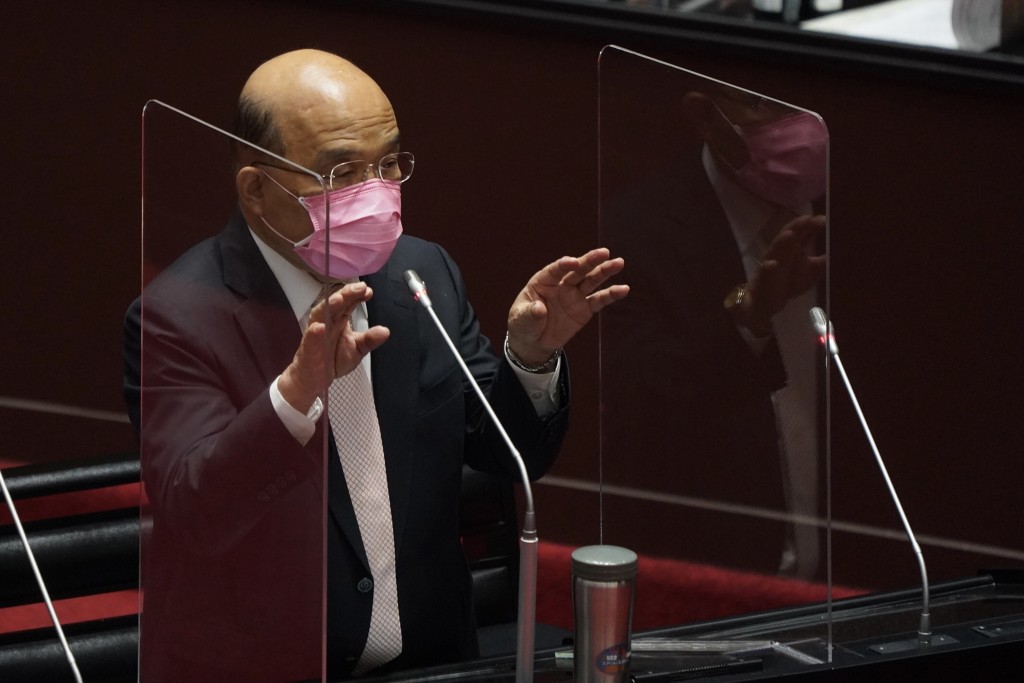 He was responding to a question from Kuomintang (KMT) Legislator Kung Wen-chi (孔文吉) asking him to categorize the present state of relations with China, UDN reported. The opposition politician had presented Su with a choice between peaceful, tense, grave or quasi-warlike.

The premier also emphasized that it was China which had been sending military aircraft into Taiwan’s air defense identification zone (ADIZ), forcing Taiwan to be prepared for war without actively seeking war.

Mainland Affairs Council (MAC) Minister Chiu Tai-san (邱太三) said the government was preparing to see more exchanges and contacts between business people and staff relocation between Taiwan and China as far as the COVID-19 situation would allow it. He said the government was ready to resume contacts, but China needed to adjust its attitude.