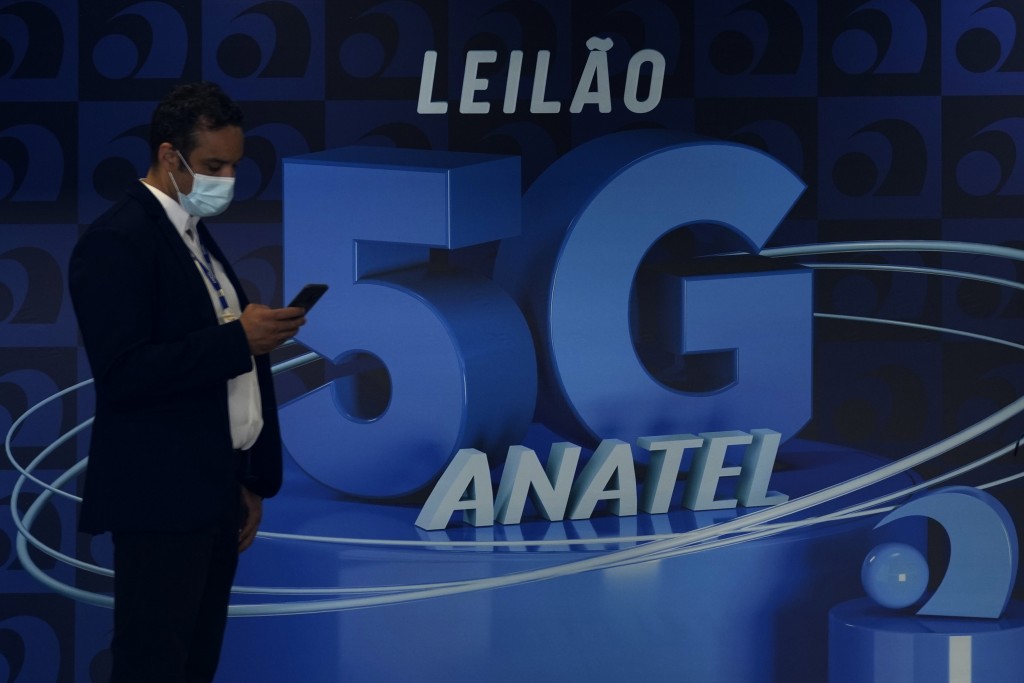 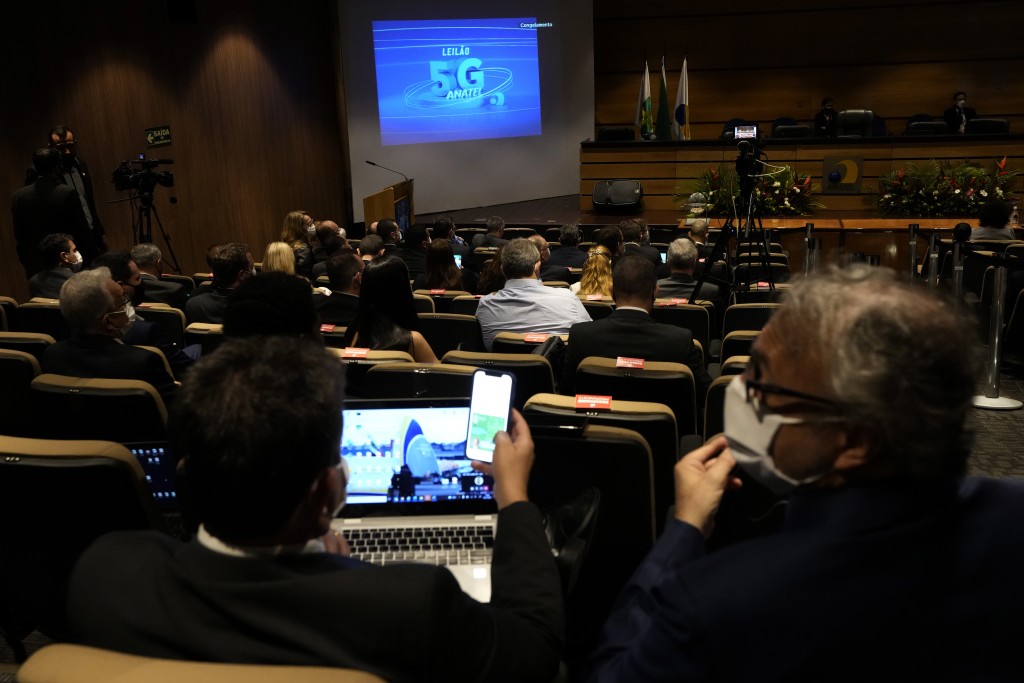 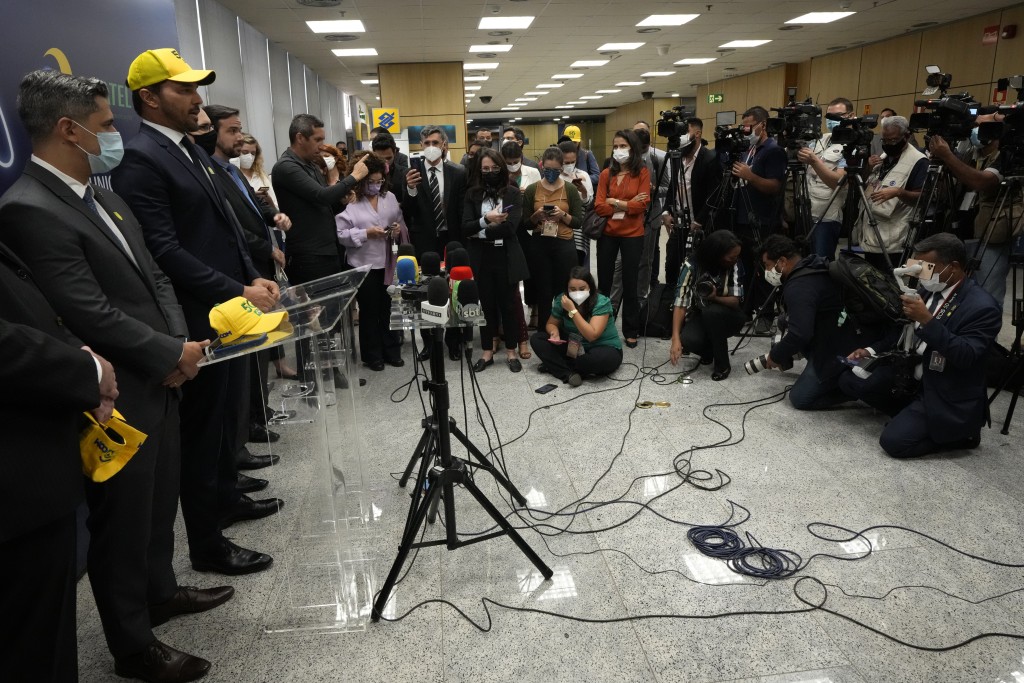 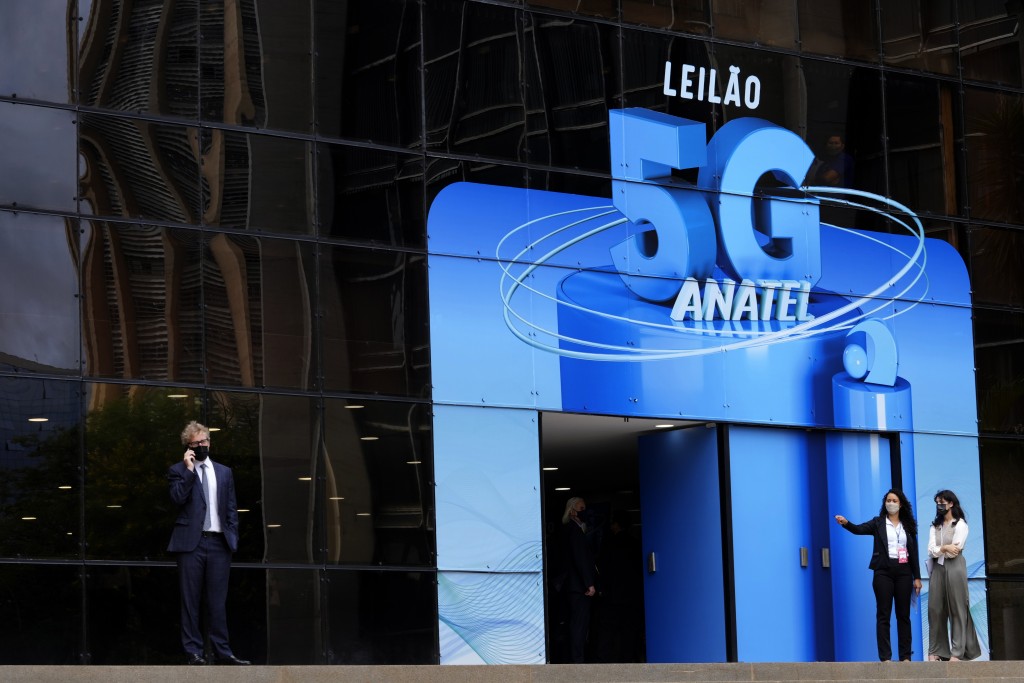 RIO DE JANEIRO (AP) — Brazil held its much-anticipated auction for build-out of the nation’s fifth-generation wireless network on Thursday, with the open question of whether China's Huawei telecommunications company will be involved.

The technology promises faster speeds, less lag when connecting to the network and the ability to connect more devices to the internet. But the ambitious auction also aimed to address the country’s profound digital inequalities, forcing winning bidders to build or improve wireless infrastructure in underserved areas.

The auction was not yet finished on Thursday, but had already yielded pledges for over 30 billion reals (over $5 billion) in investment from mobile phone operators such as Claro, Tim and Telefônica, the owner of Vivo.

Overall, the government expects the auction, which could continue into Friday, to bring in as much as 50 billion reals.

Authorities, legislators and National Telecommunications Agency have been planning the auction for years.

Much of the debate around 5G has been whether wireless operators would be allowed to partner with Chinese telecom giant Huawei at a later stage, in the face of strong U.S. opposition.

Huawei is at the center of a diplomatic battle between the U.S. and China, with U.S. officials suspecting that the Chinese government could use Huawei's network equipment to help it spy. The U.S. government has pressed other countries, including Brazil, to ban Huawei from 5G network buildouts, citing security concerns. Huawei has rejected such allegations.

Huawei, which was not participating in Thursday’s auction, might enter the game later on, experts and legislators said. Once operators have built the infrastructure, they will need to install a hardware for the radio antennas to work with the new wireless network. Companies that can make it include China’s Huawei and ZTE, Swedish Ericsson or Helsinki-based Nokia.

Of the nearly 50 billion reals the administration of President Jair Boslonaro is expecting, 20% will go to the federal treasury, and the rest to building new infrastructure or improving existing networks.

Aside from 5G, winning bidders must bring wireless internet with 4G or higher to nearly 10 million people in northern Brazil, including 500 villages in the vast Amazon region, where many still lack internet access.

“Brazil will be the first Latin American country to have 5G,” said Communications Minister Fábio Faria on Thursday, apparently meaning a nationwide rollout. Several other countries already have started installing some 5G networks.

The plan is to cover more than 31,000 kilometers (nearly 20,000 miles) of federal highways with 5G coverage and provide it to public schools. Faria said that nearly 7,000 of the country’s 85,000 schools do not now have internet.

“When we went to two Indigenous communities, of the Tucanos and Yanomamis, what did they ask us for? They asked for the internet!” Bolsonaro said at the tender’s opening ceremony.

Bolsonaro, an admirer of former U.S. President Donald Trump, said in September last year that he would be the one deciding who could participate in the 5G auction, though experts say the decision lay with the regulatory agency.

It was difficult for Bolsonaro's administration to openly block Huawei, as China is the country’s top trading partner, Thiago de Aragão, director of strategy at the Brazilian political consulting firm Arko Advice, told The Associated Press.

In addition, Brazil relied on Chinese exports of active ingredients for local production of the only COVID-19 vaccine available in Brazil for months, biopharmaceutical company Sinovac's Coronavac.

“At that moment, it became clear it would be very difficult to exclude Huawei,” said de Aragão.

Federal lawmaker Perpétua Almeida, who led the commission on the 5G tender in Congress' lower house, said banning Huawei never made sense, since the company is already a supplier of the country’s major mobile phone operators.

Without Huawei, “You would take Vivo, Claro and TIM, the leading companies today, out of the bidding process,” Almeida told the AP. “Brazil must choose its own path and stay away from this dispute between China and the U.S. We have to choose what is best for Brazil.”