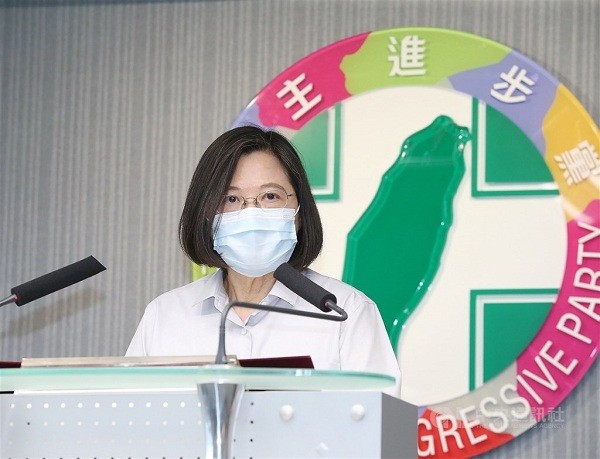 The DPP’s Central Executive Committee (CEC) on Wednesday passed the party’s candidate nomination measures for next year’s mayoral and county commissioner elections, You said. According to the measures, all DPP candidates running for leaders of the six special municipalities and 16 counties and cities across the country — except for Pingtung County, Keelung City, and Hsinchu City — will be chosen by President Tsai Ing-wen (蔡英文), who doubles as DPP chairwoman.

You lambasted the CEC’s decision on social media, saying that democracy in the DPP is dead.

The party candidates to run for city mayors, county commissioners, and legislators should be chosen through party primaries, where local party members vote for their favorite candidates to represent the party in the races, You said. However, after the new measures were passed, Tsai will be the only person to cherry-pick the candidates, skipping the normal primary process

You said the “anti-democratic" operation has a familiar ring, as it was devised by the same group of “power-hungry cadres” who changed the rules for the DPP’s 2019 presidential primary in Tsai’s favor to the detriment of William Lai, afterward claiming the changes were in line with the party’s democratic procedures.

According to the pollster, not all resolutions passed by the CEC are the results of democratic and legal processes. He said the DPP’s ever-changing candidate nomination measures are a cover up for the president's “constant quest for power,” which has led her to require she handpick 19 candidates out of 22 running for city mayors and county commissioners.