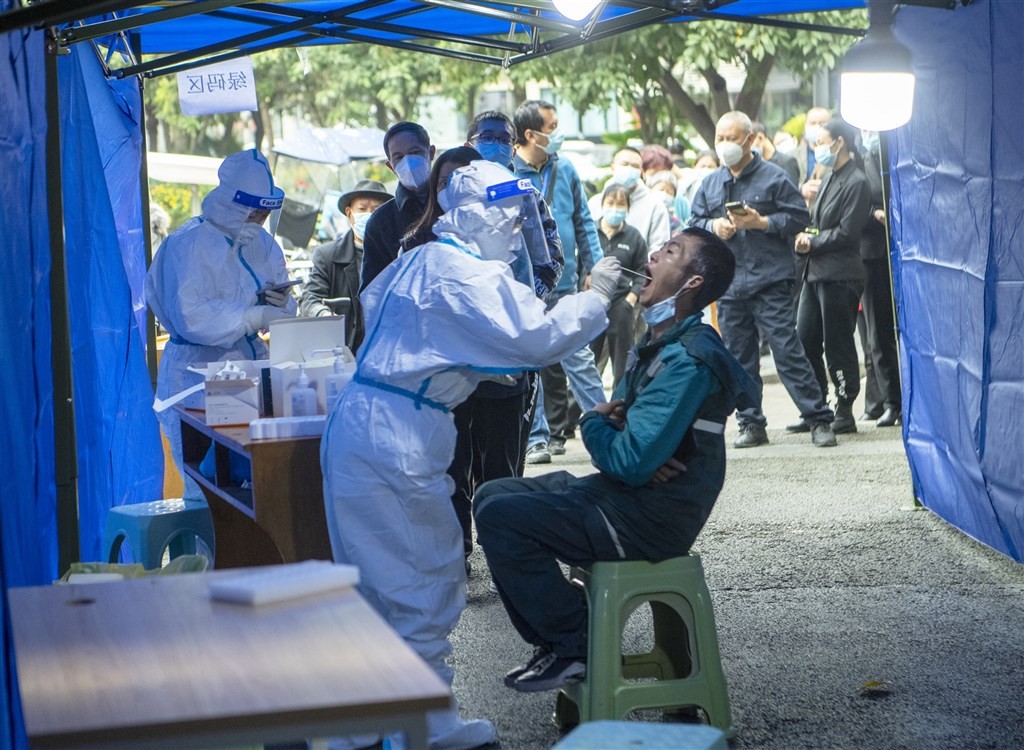 TAIPEI (Taiwan News) — A Taiwanese lawmaker on Wednesday (Nov. 3) expressed concerns that the loosened quarantine protocol for Lunar New Year should be reconsidered for Taiwanese returning from China as COVID cases surge across the communist country.

During a meeting of the Legislative Yuan's Social Welfare and Environmental Hygiene Committee on Wednesday (Nov. 3), Democratic Progressive Party (DPP) Legislator Liu Chien-kuo (劉建國) pointed to a graph showing China's COVID cases that pops up from Wikipedia when searching for case counts from the country on Google. He observed that other than a dramatic spike in February, new local cases flat-lined for the rest of the year until the chart cuts off on Aug. 24, 2020.

However, he observed in recent weeks there has been a dramatic surge in cases in 19 of China's 31 provinces. China's National Health Commission (NHC) on Wednesday reported 93 symptomatic cases, with 500 reported across the country since the latest flareup started on Oct. 16.

Liu then asked Health Minister and CECC head Chen Shih-chung (陳時中) the rationale for listing China as a "non-key high-risk country" (非重點高風險國家) and what the scientific basis is behind that listing. Chen said that theoretically, the country should be placed as a low-risk or medium-to-low risk country.

Chen said that the biggest reason for the CECC's current listing for China is not based on its case numbers, but rather its "countermeasures" such as mass testing, lockdowns of communities, roadblocks, and health notifications. Based on such actions, the CECC can conclude that there is some sort of epidemic occurring, but there is "no clear evidence to make an evaluation."

He said that the center can only use their measures taken to understand that there are "epidemics in multiple districts raging." Liu then cast doubts about the accuracy of the case counts being reported by the Chinese Communist Party (CCP).

The lawmaker pointed out that by far the largest number of Taiwanese living overseas returning to Taiwan for the coming Lunar New Year holiday will be coming from China. He said that he is "very worried" that Taiwanese returning from China could bring a new wave of cases to Taiwan.

Chen pledged that the CECC will remain vigilant and will intercept any infections coming from across the strait. Amid concerns over the issue, Liu called on Chen to reconsider the new policy of allowing Taiwanese returning over the Lunar New year to reduce their hotel quarantines.

From Dec. 14 to Feb. 14, overseas Taiwanese returning from countries not deemed to be high-risk will be able to stay in their homes for the last four days of their quarantine. People arriving from high-risk counties must continue to undergo the full 14 days in an epidemic prevention hotel, but on Wednesday, the last of these countries, India, the U.K., and Myanmar were removed from the list.