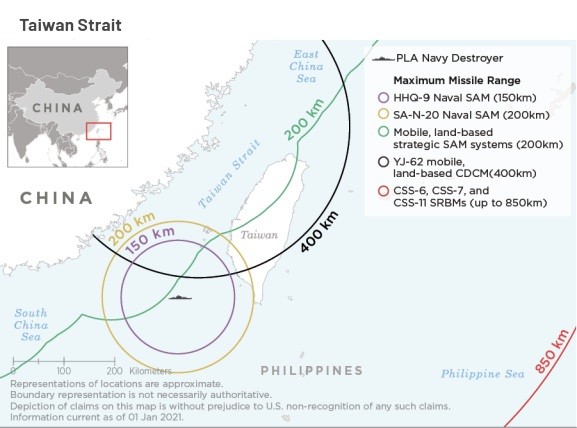 TAIPEI (Taiwan News) — A Pentagon report released on Wednesday (Nov. 3) warns that China is planning to boost its military might to the point that it can force Taipei to negotiate on Beijing's terms by 2027.

On Wednesday, the Department of Defense released its annual report titled “Military and Security Developments Involving the People’s Republic of China." The report points out that a major new milestone for the People's Liberation Army (PLA) is 2027, when China plans to achieve the capability to force Taiwan to accept a negotiated surrender and prevent any military interference by U.S. forces.

According to the document, the Chinese Communist Party (CCP) last year set 2027 as its deadline for the PLA to modernize its armed forces by integrating "mechanization, informatization, and intelligentization" into its military machine. By that year, the 100th anniversary of the PLA's founding, it also plans to accelerate the modernization of its "military theories, organizations, personnel, and weapons and equipment."

Once China attains its modernization ambitions, it will provide the communist regime with "more credible military options in a Taiwan contingency." The paper cites China's state-run media as reporting that the PLA's goals for 2027 include obtaining the ability to blunt U.S. forces in the Indo-Pacific region and "compel Taiwan's leadership to the negotiating table on Beijing's terms."

Also high on the list of priorities for the PLA that year is having up to 700 nuclear warheads at its disposal. This number would swell to 1,000 by 2030, which would represent a greater and more rapid expansion in China's nuclear stockpile than the Pentagon predicted in 2020.