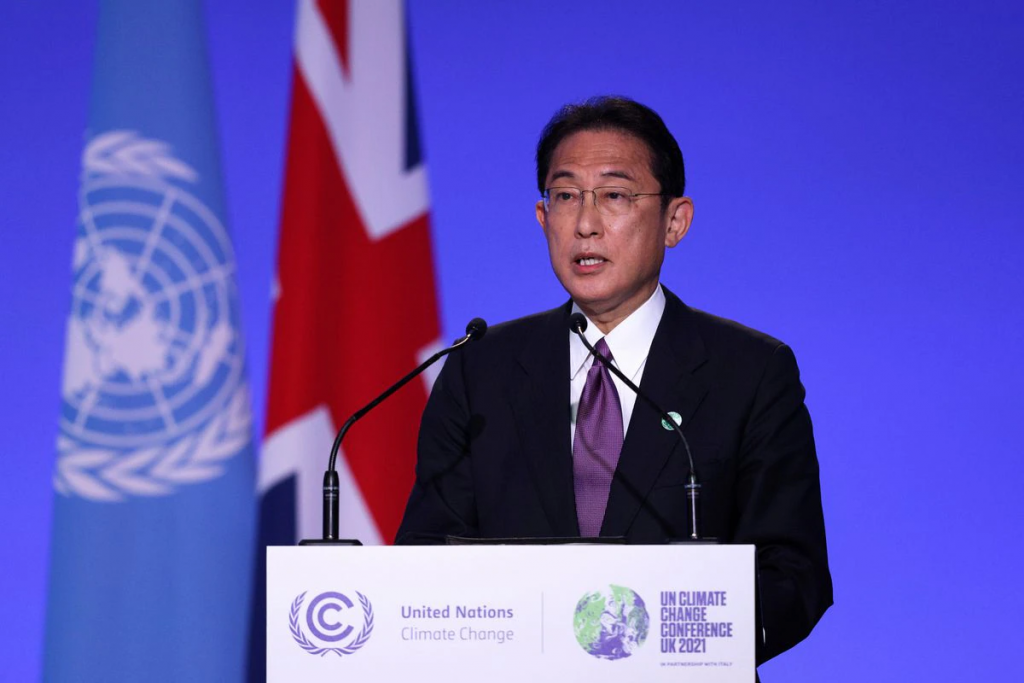 Japanese Prime Minister Fumio Kishida said on Thursday he may take on the role of foreign minister until a new cabinet is formed this month, as the incumbent foreign minister took over a key ruling party post.

Kishida led the LDP to better-than-expected election results on Sunday, with the party retaining its strong majority in the lower house.

Motegi said he would focus on tasks such as recovery of the pandemic-hit economy and party reform to enhance diversity, vowing to drive policy with speed.

"It is very important to show the LDP is changing, as we implement what we can do fast, while presenting the big picture," Motegi said.

He said the ruling party would discuss details for extra budget with its junior coalition partner to create "rich, fulfilling" economic measures.

The parliament is set to convene a special session on Nov. 10 to confirm Kishida as prime minister. He is expected to name a new cabinet, which is likely to remain largely unchanged except for the post of foreign minister, shortly afterwards.