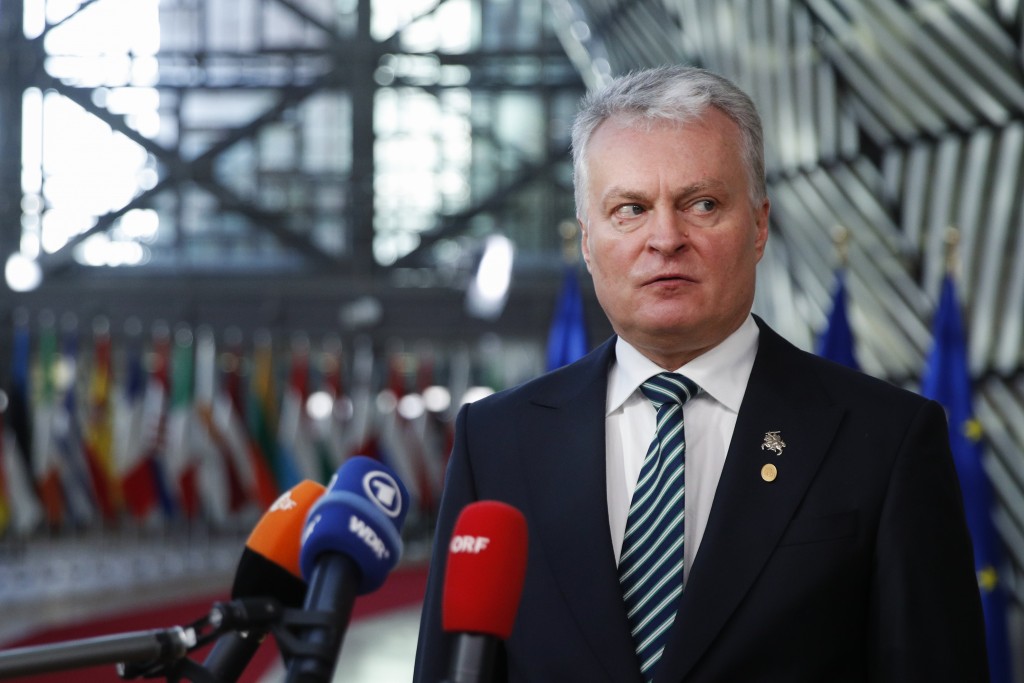 According to Baltic News Service, during an informal conversation with Biden at the U.N. COP26, Nauseda said that the U.S. president expressed his concerns on the situation in the Taiwan Strait and pledged to support the Baltic nation’s policies regarding China and Taiwan, CNA reported.

Nauseda said that the opening of the Taiwan Representative Office in Lithuania’s capital, Vilnius, demonstrates the Baltic country’s “independent diplomacy” and does not violate its "one China" policy, per CNA.

He said that Lithuania wants to establish cultural and economic relations around the world and does not seek to cause any conflicts.

Taiwan’s representative office in Vilnius will be opened by the end of this year, while Lithuania’s office will be set up early next year.