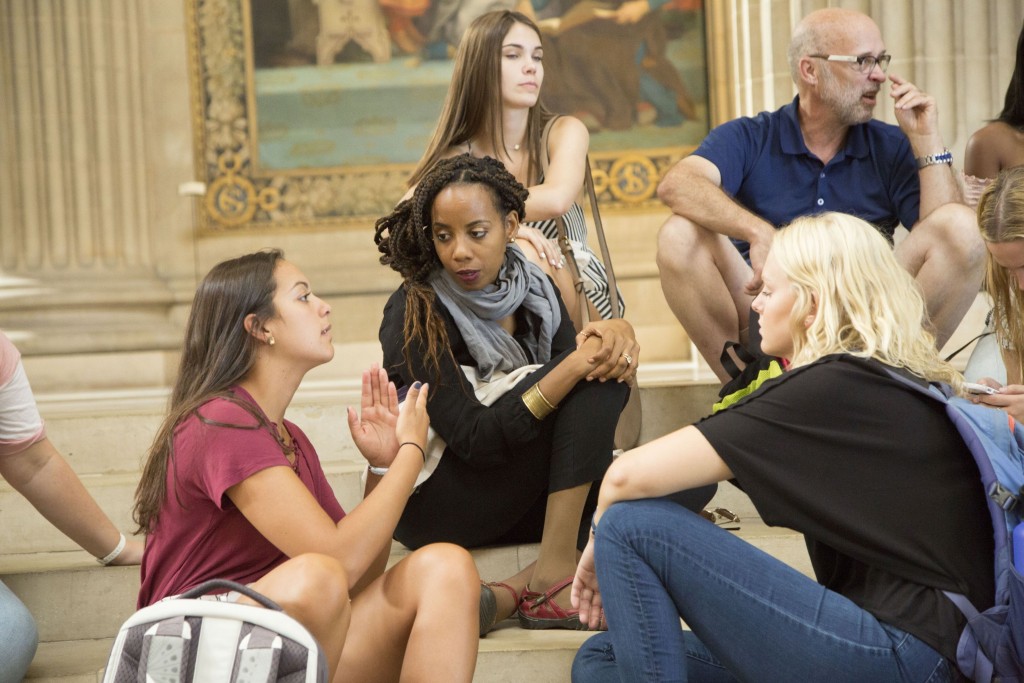 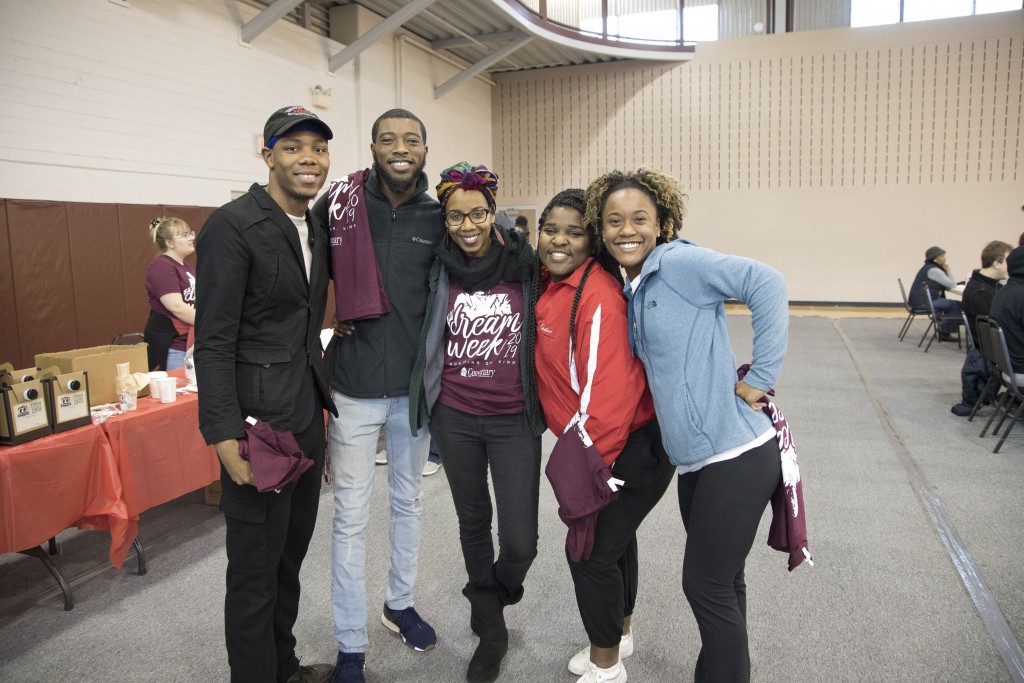 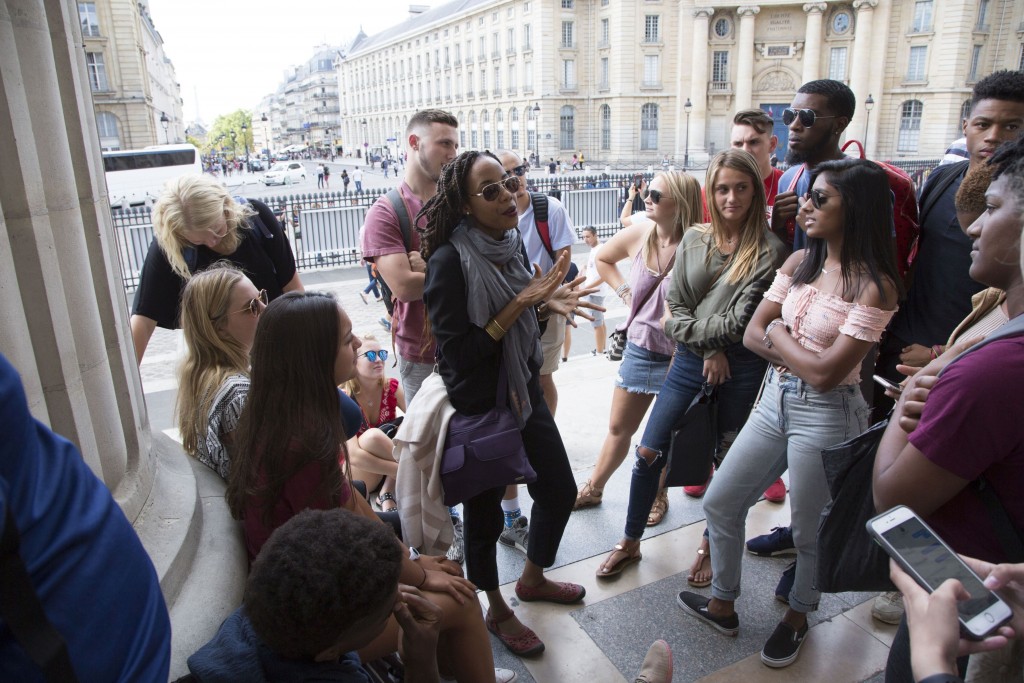 Louisiana's oldest college is celebrating its first lifetime appointment to a Black faculty member, and discussing why this racial milestone took nearly two centuries to accomplish.

“I think that’s the million-dollar question. It's something I know will be highlighted and discussed” at Centenary College of Louisiana's event Thursday honoring the now-tenured associate professor Andia Augustin-Billy, college spokeswoman Kate Pedrotty said.

Racism is why this took 196 years, said school archivist Chris Brown. “Structural and institutional and systemic racism has been present ever since the college was founded, largely by enslavers,” he said.

This history is undeniable, but it's also in the past, said Christopher Holoman, president of the Methodist-affiliated college in Shreveport.

“Any institution that is as old as Centenary, particularly one in the South, must take account of the role that racism played in its history,” Holoman said. "As we move forward, Centenary is committed to full inclusion of all members of our community and working towards a just society.”

Augustin-Billy, known on campus as “Dr. A-B,” pronounced “ah-bay,” is an award-winning teacher of French and Francophone Studies who leads Centenary students on trips to Paris and Haiti, where she grew up as the daughter of missionaries.

She also teaches African and Caribbean literature and postcolonial, women, gender and sexuality studies to a student body described as 18% Black or Black and another race. That's slightly ahead of the national percentage of college-aged Blacks: 16.7% of U.S. residents age 18 through 24 in 2018, according to U.S. Census figures.

Zuri Jenkins, a Black senior majoring in international business, French and English who serves with Brown on the Diversity Committee, said she was both surprised and unsurprised when she was awarded tenure in February.

Surprised because she's seen the school pushing for diversity — but then there's Centenary's history: It was not only built on slavery but admitted only white men for years thereafter, Jenkins said.

Centenary also was among the last in Louisiana to integrate, admitting its first Black students in 1966. Louisiana State University admitted its first black law student in 1950 and its first African American undergraduate in 1953. Louisiana Tech integrated in 1965 and Louisiana College, a small Baptist school, in 1967.

Fred Bonner II, identified by Brown as Centenary's first Black professor, agreed that the school is burdened with past racism but said it's “really trying to move the needle in a positive direction.”

Bonner has fond memories of Centenary in 1997-98, when he was an instructor during the last semester of his doctoral work at the University of Arkansas and then a visiting associate professor. At the time, he knew of only one Black student who wasn’t on the basketball team. But he enjoyed weekly faculty dinners, and white students cheered when he earned his PhD and told them “I'm Dr. Bonner now.”

The day after she was awarded tenure, Augustin-Billy asked the archivist if there had been any other tenured Black faculty, so she could thank them for paving her way.

There don’t appear to be any national data on degree-granting schools which have never granted tenure to Blacks.

The first two African Americans to win tenure at predominantly white schools did so in 1947 and 1952, according to The Journal of Blacks in Higher Education. But according to National Center for Education Statistics data, dozens of universities and colleges have not reported having any tenured Black faculty members from 2012 to 2020.

“We don’t employ a large number of faculty. Furthermore, African American faculty are in high demand. We do our best to be competitive with all our faculty hires,” Holoman said.

African Americans made up 13.3% of college students nationwide in 2019, but only about 6% of faculty members, according to U.S. Education Department data. A study of 2003 data showed 47% of white full-time faculty held tenure, compared to 38.3% of Black full-time faculty, The Journal of Blacks in Higher Education reported.

Disputes over tenure for Black faculty focused this year on the University of North Carolina, which offered an endowed journalism professorship to Pulitzer-winning journalist Nikole Hannah-Jones only to have tenure talks stall after a board member questioned her nonacademic background and a powerful donor objected. She eventually was offered tenure but took a position at Howard University.

Professors typically must teach for five or six years in tenure-track positions before such decisions are made. Centenary offered Bonner a tenure-track position, but he chose a similar offer at Bowling Green State University, which better fit his research interests. Now he's a regents professor at Prairie View A&M and editor of a book series titled “Diverse Faculty in the Academy.”

“From my own experience and the writing I've read and edited, for faculty of color one of most important things is support” both on and off a predominantly white campus, “because you feel so isolated,” he said.

Augustin-Billy said she recently met a 71-year-old woman who said she and other relatives had all gone to Grambling State University, a historically Black institution nearly two hours away. "Centenary was not for us. ... We never felt like it was our space, our place," the woman told her.

“I’m hoping this story will spark very needed dialogue about having Black scholars in academia," Augustin-Billy said. "There has to be. There has to be.”

This version of the article corrects Brown’s first name from Scott to Chris.