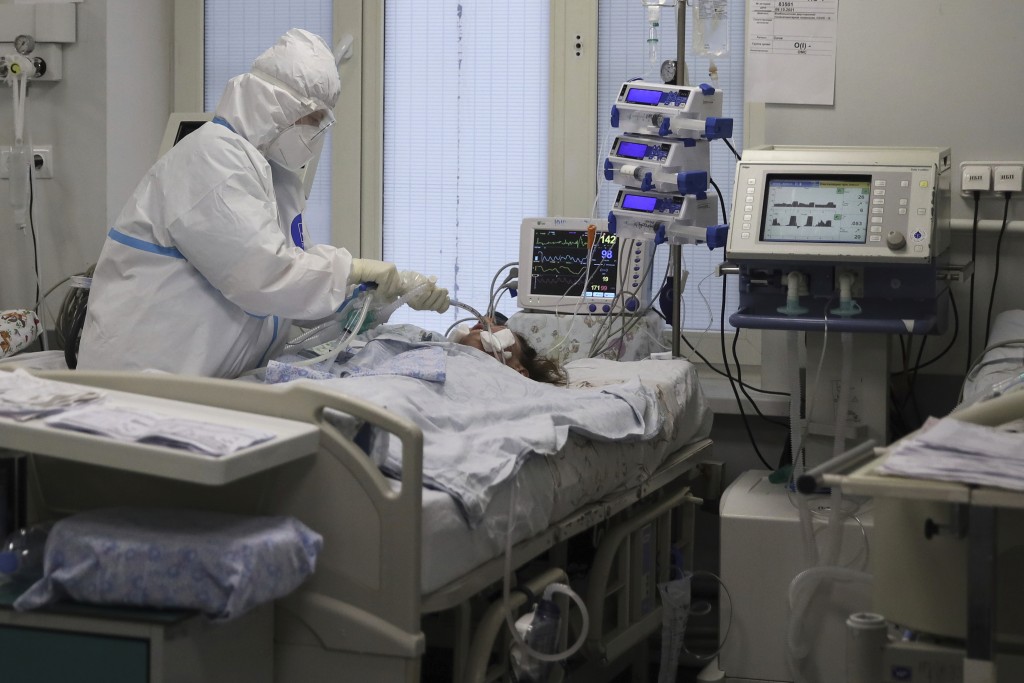 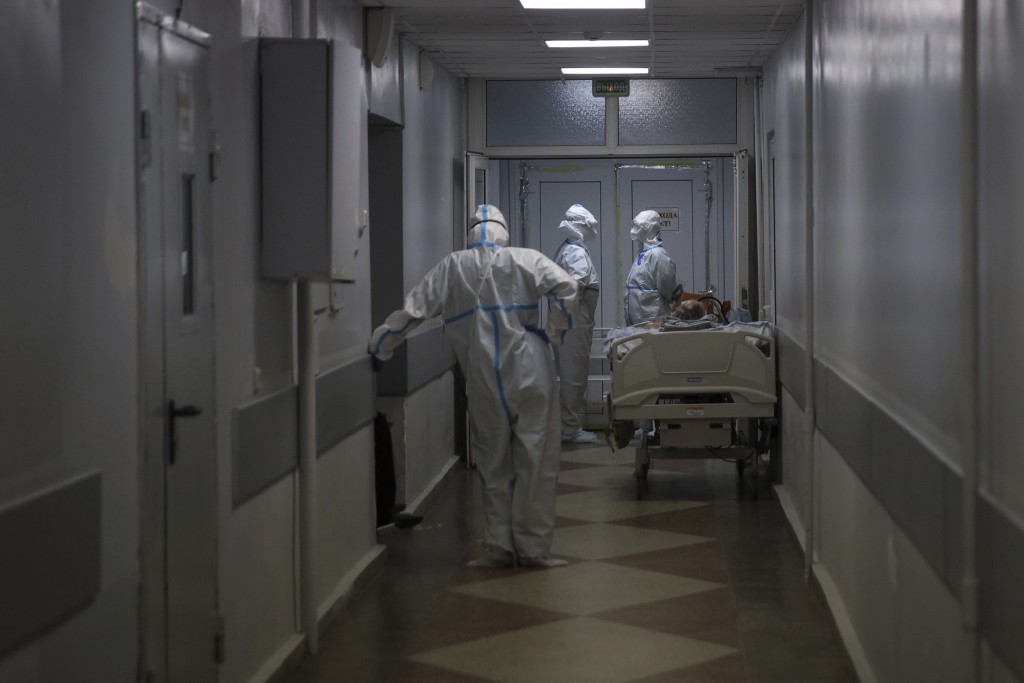 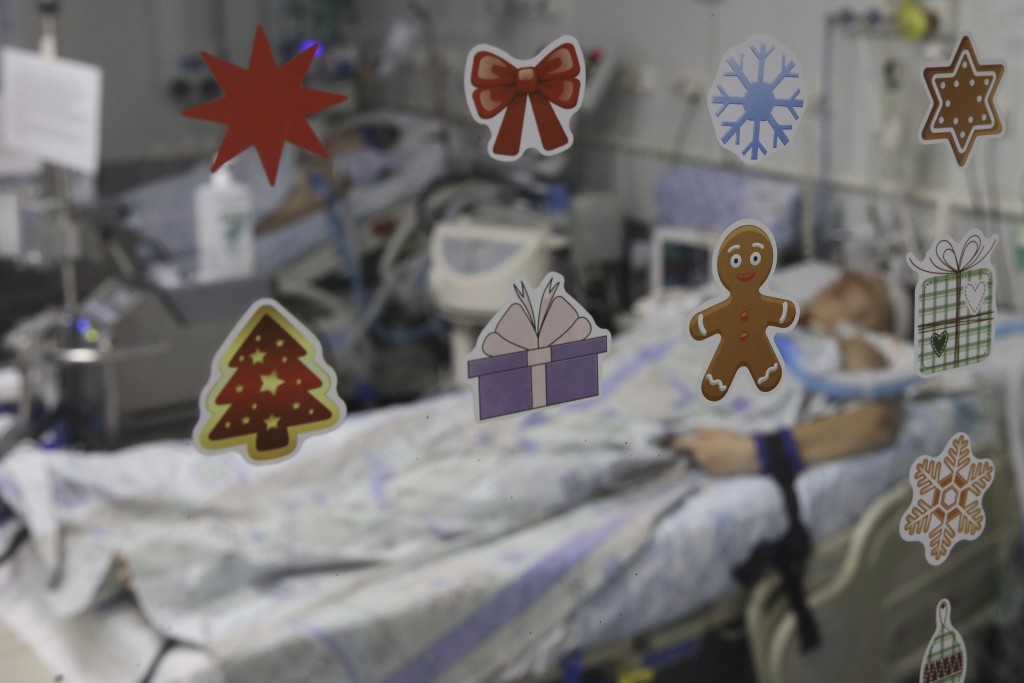 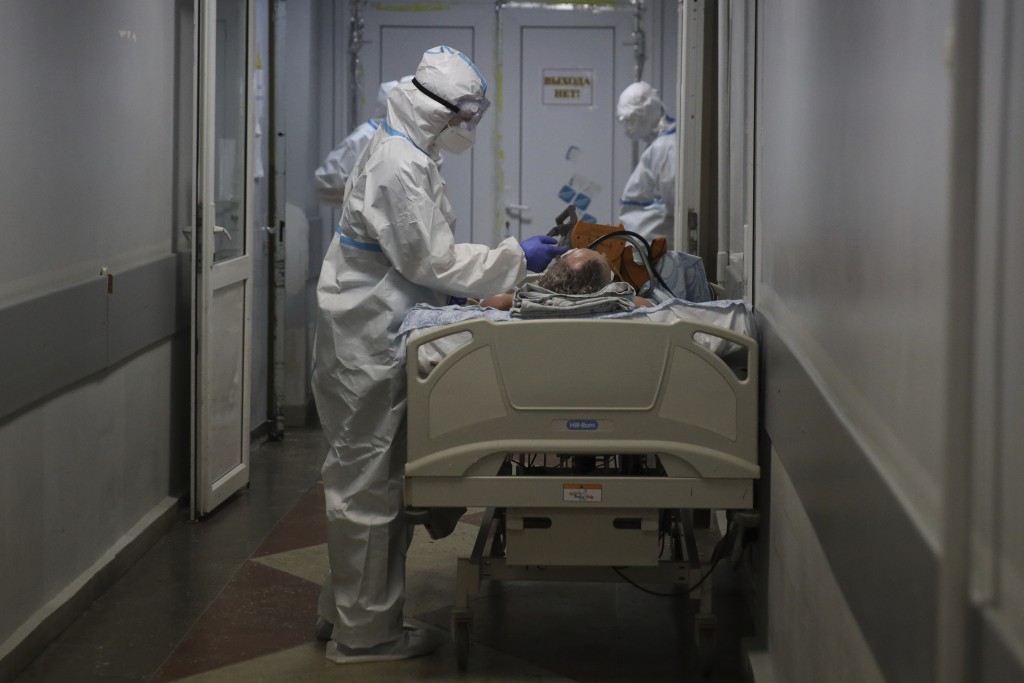 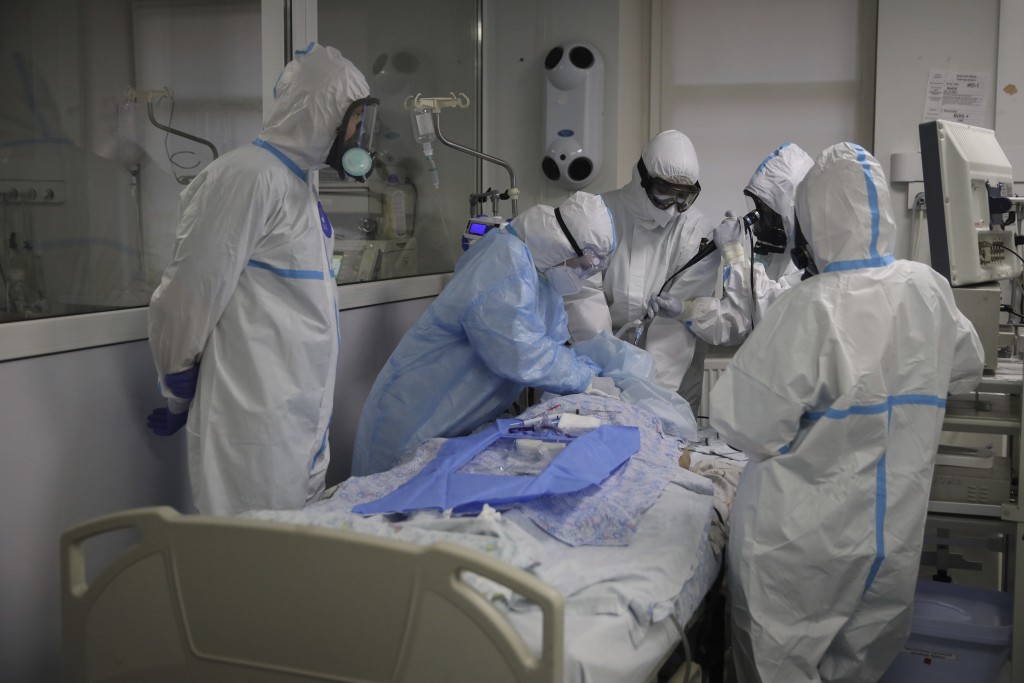 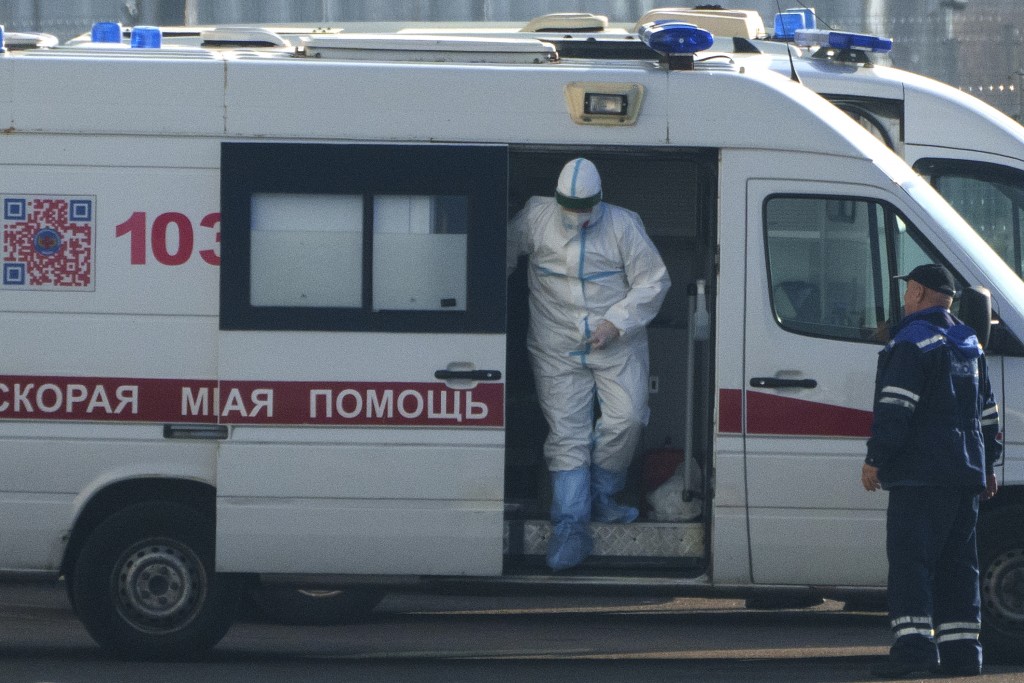 MOSCOW (AP) — Daily coronavirus cases and deaths in Russia remained at their highest numbers of the pandemic Wednesday as more regions announced they were extending existing restrictions in an effort to tame the country's unrelenting surge of infections.

Russia's state coronavirus task force reported 40,443 new confirmed cases from a day earlier. It was the fifth time in seven days that the country reported more than 40,000 infections. The task force also reported a daily record of 1,189 COVID-19 deaths.

Russia is five days into a nationwide non-working period that the government introduced to curb the spread of the virus. Last month, Russian President Vladimir Putin ordered many Russians to stay off work between Oct. 30 and Nov. 7. He authorized regional governments to extend the number of non-working days, if necessary.

Officials in Russia's Novgorod region, located 500 kilometers (310 miles) northwest of Moscow, said Monday that the time away from workplaces would last another week. Four other regions — the Tomsk region in Siberia, the Chelyabinsk region in the Ural Mountains, the Kursk and the Bryansk regions southwest of Moscow — followed suit Wednesday. The Smolensk region on the border with Belarus also extended the non-working days, but only until Nov. 10.

“One non-working week is not enough to break the chain of infection,” Tomsk governor Sergei Zhvachkin said.

Governors of at least three other regions have said they were considering extending the non-working period.

Kremlin spokesman Dmitry Peskov said Wednesday that no decision on a possible nationwide extension has been made.

“If any other decisions are (made), we will inform you,” Peskov said during a conference call with reporters.

In Moscow and the surrounding region, which together account for nearly 25% of new daily infections, the non-working period will not be extended beyond Nov. 7, officials said.

Moscow Mayor Sergei Sobyanin said infection rates in the capital have “stabilized," and the governor of the Moscow region, Andrei Vorobyov, echoed his sentiment.

Certain restrictions will remain in place in the Russian capital, such as a stay-at-home order for older adults and a mandate for businesses to have 30% of their staffs work from home. Access to theaters and museums is limited to those who either have been fully vaccinated, have recovered from COVID-19 within the last six months or can present a negative coronavirus test.

In all, Russia’s state coronavirus task force has reported more than 8.6 million confirmed coronavirus cases and over 242,000 deaths in the pandemic — by far the highest death toll in Europe.

However, reports by Russia’s state statistical service Rosstat that tally coronavirus-linked deaths retroactively reveal much higher mortality numbers. A report released last week indicated that some 462,000 people with COVID-19 died between April 2020 and September of this year.

Russian officials have said the task force only includes deaths for which COVID-19 was the main cause and uses data collected from medical facilities. Rosstat uses wider criteria for counting virus-related deaths and takes its numbers from civil registry offices where the process of registering a death is finalized.