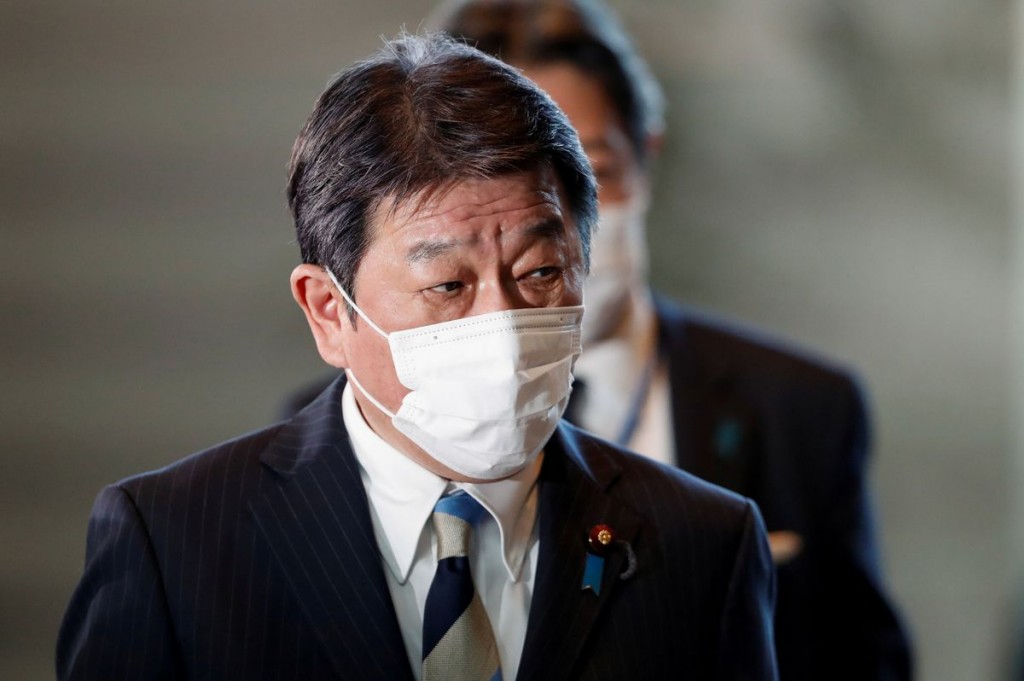 Japanese Prime Minister Fumio Kishida has tapped Foreign Minister Toshimitsu Motegi for the No. 2 post in the ruling party, a powerful role that includes shaping policy and financing election campaigns.

Motegi will replace Akira Amari who said he would vacate the position of Liberal Democratic Party (LDP) secretary-general following his defeat in Sunday's lower house election.

Known for being well-versed in policy matters and on good terms with party elders such as former prime ministers Shinzo Abe and Taro Aso, Motegi will likely help Kishida maintain his grip on power within the party.

His appointment is expected to be formally announced on Thursday.

The job of ruling party secretary-general offers huge sway over lawmakers because the holder is in charge of financing campaigns and pulling fractious members into line.

Motegi told reporters on Monday one of his key tasks as new secretary general was preparing for an upper house election due around the middle of next year.

Kishida led the LDP to better-than-expected election results on Sunday, as the party kept its strong majority in the lower house.

Amari's loss was a notable setback for the party, although he retains a parliament seat thanks to Japan's system of proportional representation.

Kyodo news agency and other media said Yoshimasa Hayashi, 60, had emerged as a candidate for foreign minister, without citing sources.

Besides having served as defence minister, Hayashi has also held the economy, education and agriculture portfolios.

In the opposition camp, head of the Constitutional Democratic Party of Japan (CDPJ), Yukio Edano, said he would step down to take responsibility for Sunday's election losses.

The left-leaning CDPJ lost 13 seats although it remained Japan's second-biggest party. The smaller Japan Innovation Party almost quadrupled its haul to 41 seats in the 465-seat chamber.

"We ended up having smaller seats than we had before, which is highly regrettable. This is solely because of my inadequacy," Edano told a meeting of party executives.