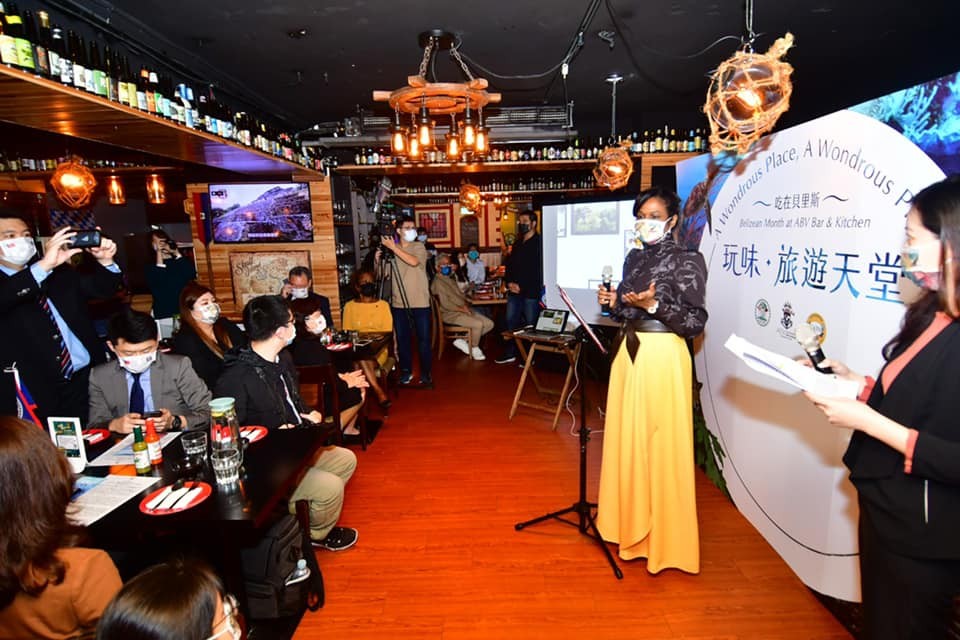 TAIPEI (Taiwan News) — The Belizean embassy in Taiwan on Monday (Nov. 1) declared November to be Belize Cuisine Month, with the slogan “A Wondrous Place, a Wondrous Plate,” and co-organized a promotional month-long event with ABV Caribbean restaurant to showcase the nation's delicacies.

Belizean Ambassador to Taiwan Candice Pitts explained during a press conference Monday that the event is meant to “deploy food as an instrument to help create cross-cultural understanding, deepen exposure of Belize to Taiwanese, improve interactions and cooperation, help strengthen the relationship between Belize and Taiwan, and of course, win hearts and minds through the stomach.”

She added that "when one learns a language, they acquire a culture, but when they eat the food, they become family." The ambassador also invited the public to dine at ABV Caribbean restaurant on Nov. 19, which is Garifuna Settlement Day.

The restaurant will offer Garifuna dishes on that day such as hudut fish stew and cassava pudding and feature Belizean music and other cultural artifacts for the entire month. It will also offer special meal discounts for diners who know trivia about Belize and for every Belizean national with a valid identification card, according to the embassy’s Facebook page.

Vice Minister of Foreign Affairs Alexander Yui (俞大㵢) noted during the press conference that Taiwan and Belize have “a strong partnership.” Cooperation is continuing to expand, while people-to-people exchanges are getting stronger, he added.

“Hopefully this event will further strengthen the understanding between our two peoples,” he said. Yui also praised Belize for its beauty and cuisine and said, “We should all try to find some time to visit Belize as soon as tourism permits.”

Pitts and Yui later carried out a cooking demonstration where they prepared hudut fish stew. Afterward, media and guests were served a variety of Belizean dishes that will be featured on ABV Caribbean's menu for the rest of November.