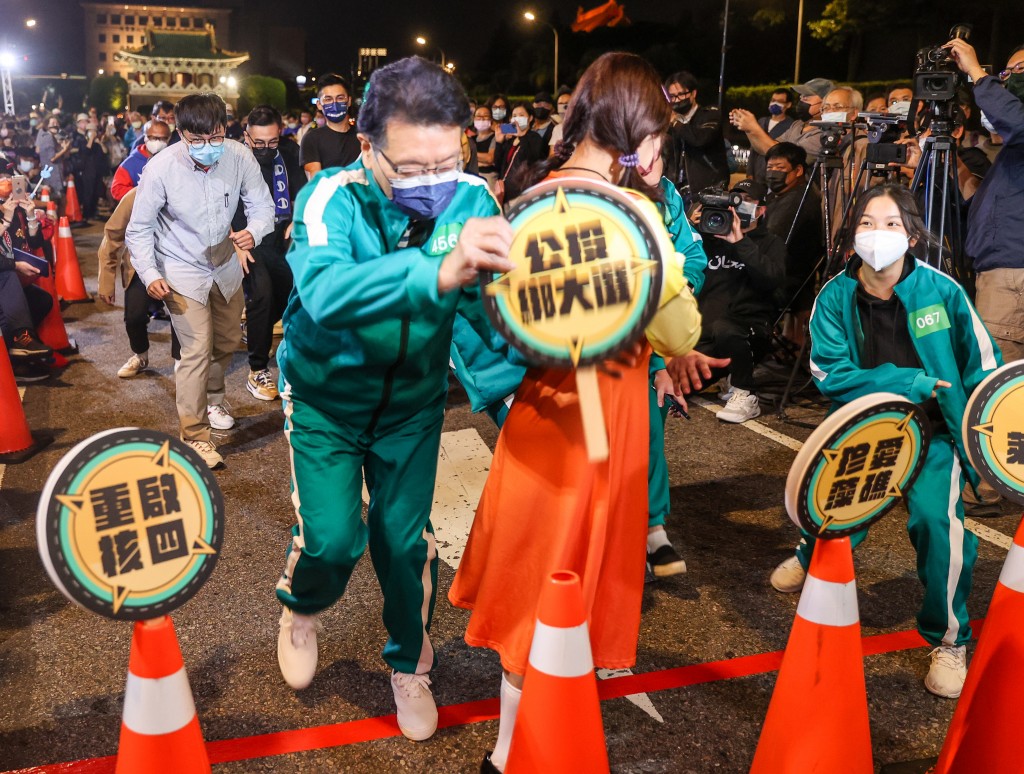 TAIPEI (Taiwan News) — In an attempt to capitalize on the “Squid Game” craze to promote its policy agenda ahead of the four referendums to be held on Dec. 18, members of the Kuomintang (KMT) opposition party donned outfits in the style of the Korean Netflix drama at a rally in Taipei on Sunday evening (Oct. 31).

The event, "Camp Out at Ketagalan Avenue at 49 Days" was organized by KMT Deputy Secretary-General Luo Zhiqiang (羅志强) and timed to mark the 49 days left until the referendums (possibly a nod to the traditional time span for mourning after someone has passed on). Broadcasting Corporation of China Chairman Chao Shao-kang (趙少康) and other KMT personalities turned up to join him in some cosplay and garner support, according to a CNA report.

KMT Chairman Eric Chu (朱立倫) aims to frame the referendums as a vote of no confidence in the ruling Democratic Progressive Party (DPP). He is making every effort to promote his party’s stance on the referendum questions, which include opposing the import of U.S. pork, allowing referendums to be held alongside general elections, protecting algal reefs in Taoyuan, and restarting Taiwan’s fourth nuclear power plant, per CNA.

Chu also turned up on the scene and handed out pork buns to supporters, a traditional funeral custom which supposedly symbolized remorse about the entry of American pork into the country.

Those dressed up in "Squid Game" garb played a round of red light, green light. Unlike the characters in the drama series, however, no one was injured.