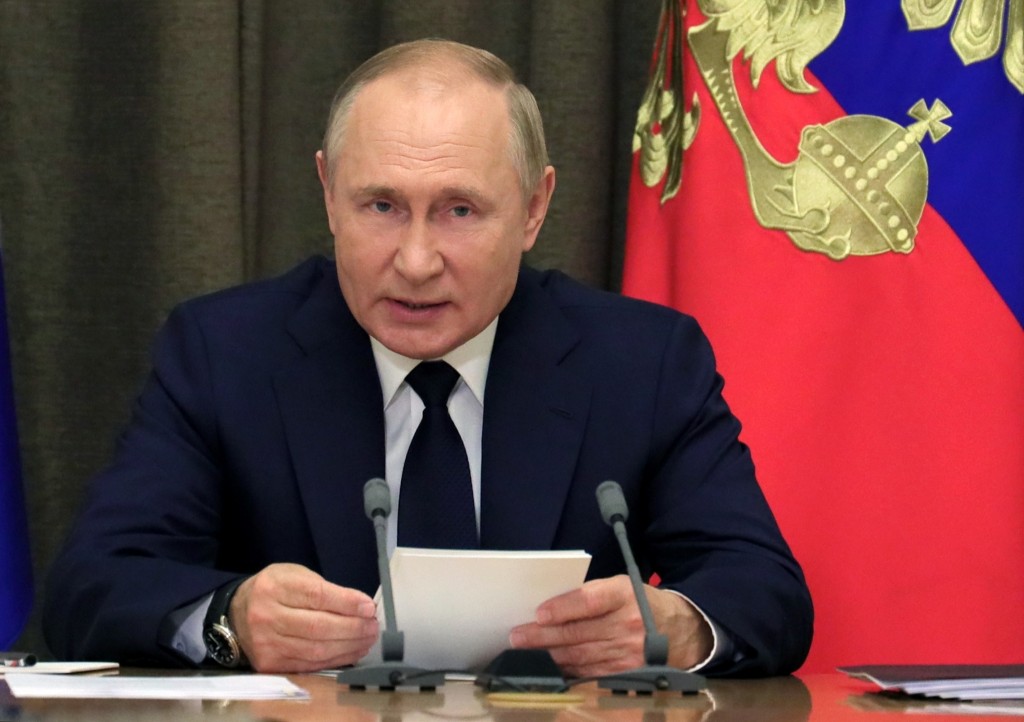 Speaking during a meeting with military officials and arms makers in the southern Russian city of Sochi, Putin specificially noted the deployment of NATO's U.S.-led missile defense components in Eastern Europe and increasingly frequent missions by NATO ships near Russian waters in the Baltic and Black Seas.

“Even now, a U.S. warship has entered the Black Sea, and we can see it in binoculars or crosshairs of our defense systems,” he said in an apparent reference to the deployment of the U.S. destroyer USS Porter, which sailed into the Black Sea over the weekend and is to be joined this week by USS Mount Whitney, the flagship of the U.S. 6th Fleet.

U.S. Sixth Fleet said in a statement that their mission will help “further enhance collaboration between U.S. and NATO forces at sea,” adding that “NATO allies and partners stand together to ensure a safe, stable and secure Black Sea region, building partner capacity to improve effectiveness and interoperability.”

Russia has bristled at the deployment of U.S. and other NATO ships near waters it claims as its own as tensions between Moscow and the West have sunk to post-Cold War lows after Russia's 2014 annexation of Ukraine's Crimean Peninsula, its support for a separatist insurgency in eastern Ukraine and other irritants.

Last month, Russia suspended its mission at NATO and ordered the closure of the alliance's office in Moscow after NATO had withdrawn the accreditation of eight Russian officials to its Brussels headquarters, saying it believed they had been secretly working for Russian intelligence.

Moscow has repeatedly voiced concerns over the deployment of NATO forces near Russian borders, describing it as a threat to its security. Russia and the alliance also have continuously accused each other of dangerous and provocative maneuvers at sea and in the air.

In June, Russia said one of its warships fired warning shots and a warplane dropped bombs in the path of British destroyer Defender to drive it away from Black Sea waters near the Crimean city of Sevastopol. Britain denied that account, insisted its ship wasn’t fired upon and said it was sailing in Ukrainian waters.

Like most of the world, Britain recognizes Crimea as part of Ukraine despite the peninsula’s 2014 annexation by Russia.

In the aftermath of the incident, Moscow warned that it is prepared to target intruding warships if they fail to heed warnings.

“We must further improve our air and space defense system as leading powers have been developing prospective high-speed strike weapons," Putin said. “It's also warranted by the military-political situation, including increasingly intensive flights by NATO aircraft near Russia and the appearance of the alliance's warships armed with guided missiles in the Baltic and Black Seas.”