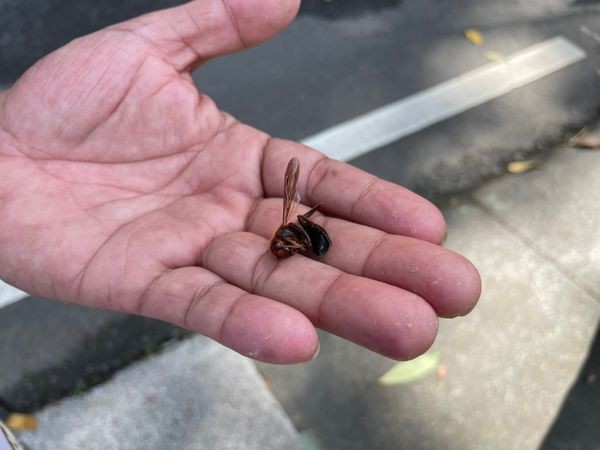 While visiting Indigenous tribal land in Kaohsiung's Namaxia District on Sunday, a large group of tourists was suddenly attacked by a huge swarm of Asian giant hornets (Vespa mandarinia). Police and firefighters rushed to the scene to provide assistance, with several victims taken to nearby hospitals for treatment and observation.

As part of an excursion to experience Bunun Indigenous culture, a group of 38 tourists, comprised of 32 adults and six children, was visiting the Tangaanua Shrine when at 10:20 a.m., a member of the group was stung by one of the hornets and started waving their hands. The rapid movements by the tourist triggered a full-scale assault by the hive. Soon, 28 of the travelers had been stung by the "murder hornets," reported CNA. Members of the party dialed 119 for help, and once first-responders arrived on the scene, they rushed 14 people to Cishan Hospital and 10 to E-Da Hospital. The rest were temporarily placed in the Namaxia District Office to recuperate from their injuries.

Fang Tsung-shih (方聰士), director of the Nanzih District Office, told the news agency that the event was an Indigenous cultural experience organized by the Nanzih and Niaosong household registration offices for new immigrants. Kaohsiung Mayor Chen Chi-mai (陳其邁) that day paid a visit to the hospitals to express his concern for the patients. Of the 28 who were stung, seven suffered allergic reactions but are listed in stable condition. Their symptoms included headache, swelling around the sting wounds, and respiratory asthma, reported FTV News.

November and December are months in which the hornets are particularly active in mountainous areas. They are highly territorial during this period, and if a hiker accidentally disturbs their nest or starts to flail their arms in response to a sting, they will swarm any humans in the vicinity.

If one spots a suspected Asian hornet, carefully move away from the area. In the event of an attack, experts recommend avoiding trying to swat at the hornets or running and instead crouching low and covering one's face and neck. 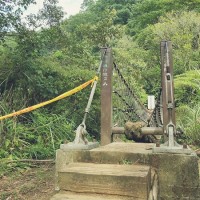 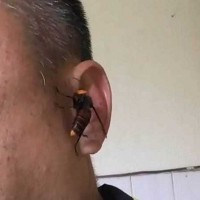