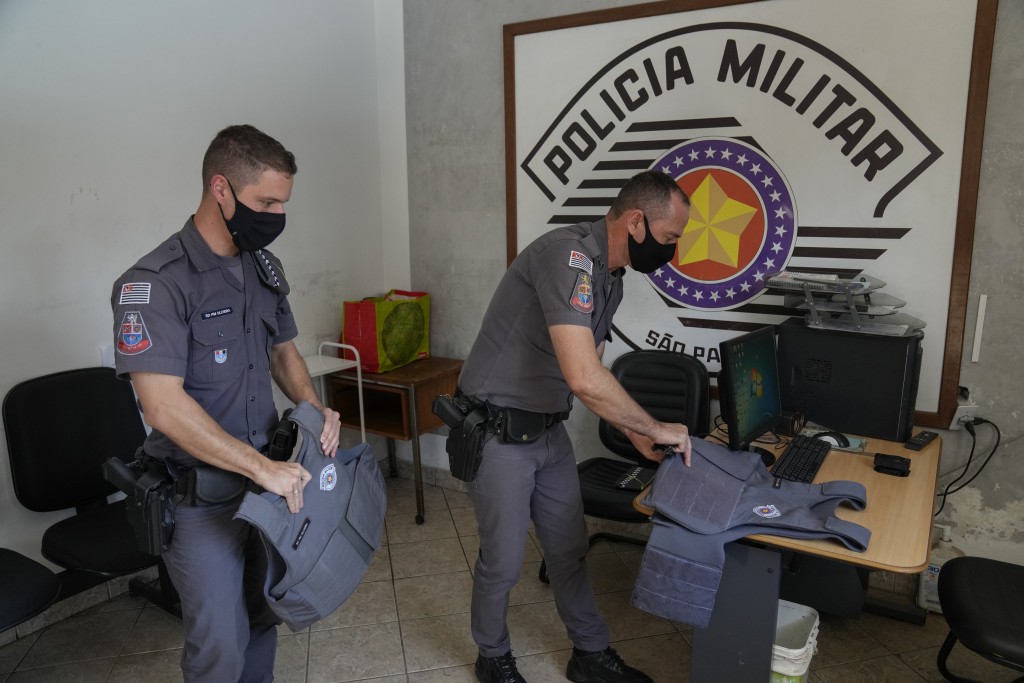 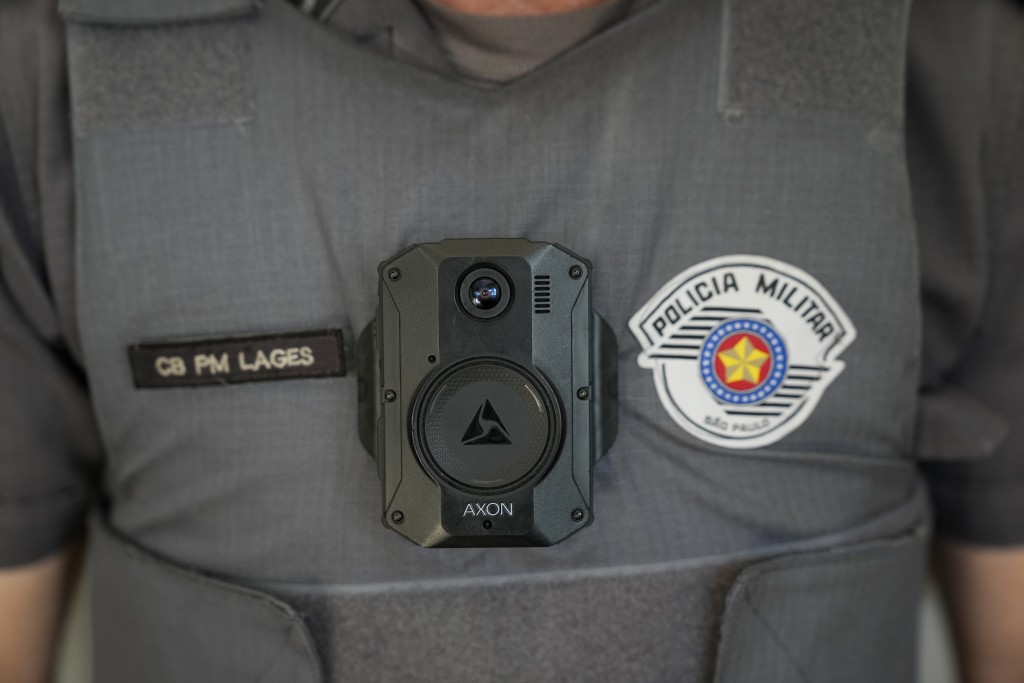 Then came the city’s deadliest police operation. On May 6, hundreds of police with armored vehicles stormed the working-class Jacarezinho neighborhood at dawn, ostensibly to capture suspected criminals. Instead, they left behind 28 corpses, all of them local residents.

Even in a city used to violent policing, the episode was stunning. Minc says the bloodshed helped muster support to pass the bill just days later.

The state has accepted tender for 22,000 cameras, though it's not yet clear when officers in Rio will start to use them.

But Brazil's most populous state, Sao Paulo, has already begun experimenting with body cams. Early, limited data has offered some hints that they might reduce violence by police, despite mixed findings in other countries that have used them.

Minc, though, is convinced: “If the law for cameras on uniforms had already come into effect, we wouldn’t have had the Jacarezinho massacre,” he told The Associated Press.

Brazil as a whole has a long history of police violence. Last year, more than 6,400 people died at the hands of police officers on and off duty, according to the Brazilian Forum of Public Safety, an independent organization that tracks national crime statistics. That’s more than 17 per day, and the most since the group started monitoring in 2013.

But many Brazilians are more worried about crime itself: Law and order played a central role in the last presidential election, when victorious candidate Jair Bolsonaro pledged to give cops carte blanche to use lethal force.

The governors-elect of Rio de Janeiro and Sao Paulo made similar overtures; the former famously said police will shoot criminals “in their little heads.”

Still, the adoption of body cameras is "an indication that there is a greater openness to talk about the problem of police violence,” said David Marques, a project coordinator at the Forum of Public Safety.

In June, 3,000 Sao Paulo state police officers began using body cameras in 18 of its 120 battalions. Melina Risso, a program director at the Rio-based security think tank Igarape Institute, said some of the battalions chosen have long histories of violence.

Internal police data obtained by The Associated Press show those 18 battalions were involved in 10 deaths over the following four months, down from 73 in the same period of 2020. The biggest drop was in an elite squad that conducts raids on suspects. Its officers were involved in four deaths from June to September, down from 23 in 2020.

The brief timeframe makes it hard to draw conclusions, particularly since overall police-involved deaths fell in the state, though much less sharply.

Col. Robson Cabanas, a military police officer who coordinates the program, said the goal isn’t only to reduce police brutality or burnish the force’s image; he also hopes the cameras will produce evidence.

“Think of domestic violence, a crime that is hard to prove. Policemen at the scene will see the child crying, the house turned upside down, sometimes they will still see an angry husband. All of that could go to court as evidence,” Cabanas said at police headquarters. “A drunk person accusing an officer of being violent will be checked against the images. And we will discipline those who make mistakes.”

In a recent body cam video Sao Paulo police posted to their official YouTube account, a man arrested after a nighttime chase admits he robbed someone and fired several shots toward pursuing officers.

Sao Paulo's experiment has drawn expressions of interest from other forces in Latin America’s largest nation, including those from Rio and Brasilia.

But as in the U.S., the program has caused some unease among rank-and-file officers, many of whom are worried about the effect of non-stop recordings.

A Sao Paulo officer with 20 years experience told the AP that some police held back from approaching suspects, fearing videos could make them look bad. He spoke on condition of anonymity because he was not authorized to speak to journalists.

Studies in the U.S., Denmark and other countries have produced mixed findings on whether they reduce officers' use of force. Public security experts in Brazil have also expressed skepticism that technology alone can remedy police violence.

Rafael Alcadipani, a public security specialist at the Getulio Vargas Foundation, said other reforms have helped reduce police killings, including rigorous internal investigations, use of tasers rather than guns and punishment of violent officers.

“In Sao Paulo, police began a complex process, on several fronts, seeking to reduce lethality in raids. For example, every time a policeman kills a person, that operation is reviewed and the commanders have to respond in a council,” Alcadipani said.

A change in mentality must also occur, experts say.

In Brazil, “there is this idea that public safety is a confrontation, a war, not a social right for everyone,” said Felippe Angeli, a public security expert at the Sao Paulo-based prevention group Sou da Paz.

Angeli noted that the emblem of an elite Rio police force is a skull with an embedded dagger and crossed pistols. The armored vehicles employed for raids are called “big skulls.”

Silvia Ramos, coordinator of the Network of Security Observatories, expressed doubt the cameras will reduce police killings. Her network is comprised of watchdog groups in seven states, including Sao Paulo and Rio.

“In Jacarezinho,” Ramos said, “police removed the bodies from the places where they died, the authorities gave full support to the raid and ordered a (five)-year seal on the investigations.

“The cameras, by magic, wouldn't have produced a change in the officers' attitudes.”