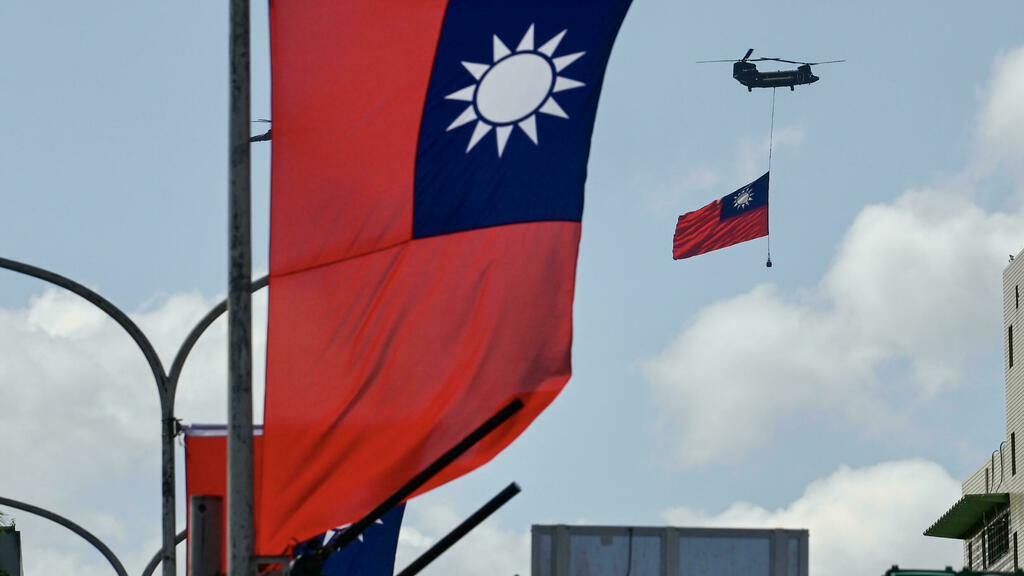 Military tensions between China and Taiwan, the democratic, self-governing island Beijing considers its own, are at their worst in more than 40 years, according to Taiwan’s defence minister. The US, Taiwan’s top military ally, responded by reiterating support for Taiwan – while remaining deliberately ambiguous about whether it would defend the island in case of a Chinese invasion. This policy, known as “strategic ambiguity”, has determined US-China-Taiwan relations for decades. But does heightened rhetoric from the Biden administration suggest a shift in the US position?

As Taiwan reports a troubling increase in provocative military activity from Beijing, with incursions of Chinese military aircraft into the island’s air defence identification zone hitting record highs, Taiwan’s defence minister warned in early October that the mainland will be fully capable of invading the island by 2025.

Top US officials pushed back on China and expressed support for the island.

Condemning Beijing’s military actions as “coercive” and a threat to peace and stability in the Indo-Pacific region, President Joe Biden said Wednesday that the US commitment to Taiwan was “rock solid”.

When asked at a CNN town hall a day later if the United States would protect Taiwan if China attacked, Biden responded by saying, “Yes. We have a commitment.”

But the White House quickly walked back the president’s statements, saying they did not signify a departure from the policy of “strategic ambiguity”.

This deliberately vague policy, employed by the United States in an attempt to deter China from invading Taiwan and Taiwan from declaring independence, dates back to the normalisation of US diplomatic relations with Communist China in 1979.

The United States initially recognised the Republic of China (Taiwan) and not the Communist-led People’s Republic of China following the end of the Chinese civil war in 1949, when the vanquished Kuomintang (or Nationalist Party) fled to Taiwan. As the Kuomintang made the island their seat of government and the Communists began ruling the mainland, both sides claimed to represent all of China.

To establish relations with the People’s Republic of China, the United States agreed to accept Beijing’s position that there is only one China (known as the “one-China policy”) and to sever formal diplomatic ties with Taiwan.

However, that same year, then president Jimmy Carter signed into law the Taiwan Relations Act, which provided for unofficial yet comprehensive relations between the two countries – notably the sale of articles and services to bolster Taiwan’s self-defence. The act also provides the option for – but does not require – Congress and the president to act if the island comes under threat.

Strategic ambiguity has been the bedrock principle that has guided US-Taiwan relations for decades. And yet the Biden administration seems to be taking a more forceful approach toward its support for the island.

Secretary of State Antony Blinken called Tuesday on UN member states to support Taiwan’s “robust” participation in the UN system and specialised agencies (Taiwan was voted out of the organisation in 1971 and replaced by the People's Republic of China).

Citing the global nature of the Covid-19 crisis and Taiwan's "world-class response", Blinken said the island should play a role in UN organisations like the World Health Assembly, adding that Taiwan’s exclusion “undermines the important work of the UN”.

“Strategic ambiguity remains … but the framework for how strategic ambiguity has been implemented is experiencing changes, because the context in which the three players are interacting with each other has substantially shifted,” said Dean P. Chen, associate professor of Political Science at Ramapo College of New Jersey and author of, “US Taiwan Strait Policy: The Origins of Strategic Ambiguity”.

This shift in the framework for strategic ambiguity, said Chen, began with the Trump administration, which lifted rules forbidding senior-level contact between US and Taiwanese officials and increased arms sales to the island as well as ramped up US military activity in the surrounding area. Despite their differences, Biden has not strayed far from Trump’s Taiwan policy.

“Officials from both administrations agree that Beijing is a disruptor of this relationship,” Chen said.

Steven M. Goldstein, director of the Taiwan Studies Workshop at Harvard University, agrees that the administration’s recent remarks are not representative of a policy change – but that they do signal increasing toughness towards Beijing.

“The US is getting close to the red line as a way of showing a toughening policy.”

Indeed, deepening US-Taiwan ties to counter China’s “malign” global influence is on the US agenda, affirmed Sandra Oudkirk, the new director of the American Institute in Taiwan (the de facto US embassy), in her first public news conference on Friday. The US diplomat said that Washington is actively working on new areas of cooperation with the island on cybersecurity and supply chain issues.

In an interview with CNN broadcast on Wednesday, Taiwanese President Tsai Ing-wen confirmed for the first time that US troops were training Taiwanese forces on the island, citing a “wide range of cooperation with the US aimed at increasing our defence capability”.

As the US updates its framework for strategic ambiguity to be more compatible with the current geopolitical situation, Chen believes that the boundaries of the US-Taiwan relationship will continue to be pushed, but will stop short of Beijing’s red line: recognising Taiwan as a sovereign nation.

“There are substantive, meaningful things that the US can do to deepen Taiwan’s involvement in regional and global affairs,” he said. “Blinken made a statement in support of Taiwan’s more meaningful participation in international organisations like the UN. We’ll see more high-ranking officials continuously visiting and interacting with each other. [...] I think the US will try to carve a new niche for Taiwan in a creative way.”

Of course, all of these actions have already provoked the ire of Beijing, which has accused Taiwan of “collusion” with foreign forces such as the United States. The worry is that this irritation might at some point provide China with the justification to lash out more aggressively, leading to a further deterioration of the relationships between the three parties.

“The danger of the Taiwan issue is that it has become an uncompromisable, immoveable controversy, in which all the actors have to learn to persist in an unsatisfactory manner,” said Goldstein.

“However, as sincere as I believe the Chinese are in saying that they will not allow Taiwan to be lost, I think the Chinese are equally conscious that a conflict would be a disaster for the Communist Party’s plans.”