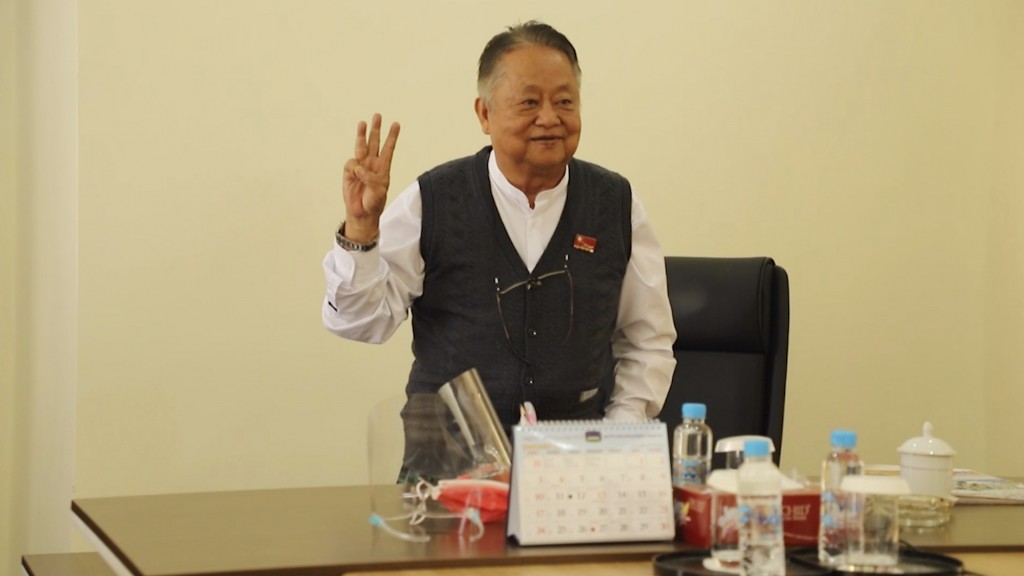 BANGKOK (AP) — A court in Myanmar found a close colleague of ousted leader Aung San Suu Kyi guilty of treason and sentenced him Friday to 20 years in prison, a member of their political party said. Local media also reported the court’s decision.

The sentence given 79-year-old Win Htein appeared to be the most severe so far for any of the top members of Suu Kyi’s government and party who were detained after the military seized power on Feb. 1. Suu Kyi is being tried on several criminal charges that her supporters say were fabricated to discredit her.

Win Htein is a longtime confidante of Suu Kyi and a patron of her National League for Democracy party. He publicly called for civil disobedience to oppose the military’s takeover and was arrested on Feb. 4. Suu Kyi’s party had won a landslide victory in a November 2020 general election.

The army's takeover was met with widespread peaceful protests but the resistance hardened after security forces used deadly force to put down the demonstrations, and there is now an incipient insurgency in many parts of the country.

Kyaw Thiha, a member of the party’s Central Committee and one of its elected members of parliament, said he learned from a court source about the sentence and the judge's order that Win Htein be sent immediately to a prison in the central city of Mandalay.

Myanmar media, which are mostly operating online without permission under military rule, also reported the court’s action. A text message from the Information Ministry to journalists confirmed that Win Htein had received a 20-year prison sentence but gave no other details.

Win Htein was apparently arrested for remarks he made just after the takeover.

“The curse of the coup is rooted in our country and this is the reason why our country still remains poor. I feel sad and upset for our fellow citizens and for their future,” Win Htein, who had been a political prisoner under a former military government, said on Feb. 2.

“All the voters who gave their backing to us in the 2020 general election should follow Aung San Suu Kyi’s instructions to carry out civil disobedience,” he said, referring to a note posted on Facebook attributed to her. There has been some dispute about whether Suu Kyi was its actual author.

Win Htein was able to inform the Myanmar-language service of Britain’s BBC radio about his arrest before his contact with the outside was cut off.

“They don’t like what I’ve been talking about. They are afraid of what I’m saying,” he told the BBC in a phone call.

Win Htein was charged under Section 124(A) of the Penal Code, a statute that falls under the general heading of treason, though it is sometimes referred to as sedition.

The law, which had a maximum penalty of three years’ imprisonment, was changed shortly after his arrest by the newly installed military government.

It had originally criminalized attempts to “bring into hatred or contempt, or excite or attempt to excite disaffection towards the government,” but was amended to also cover “Defense Services or Defense Services Personnel,” and the penalty was increased to seven to 20 years’ imprisonment.