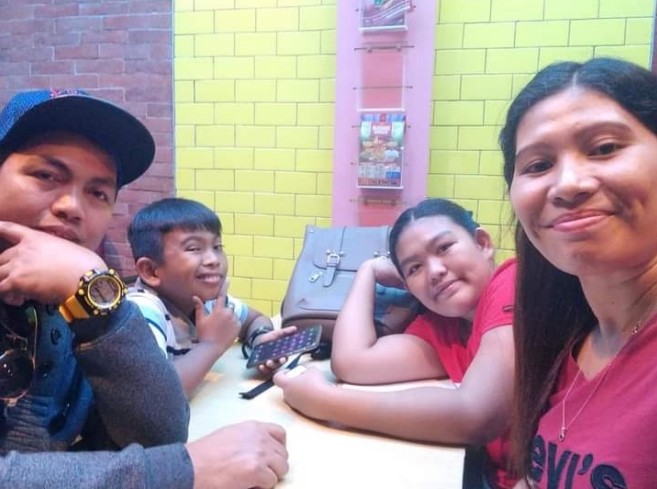 TAIPEI (Taiwan News) — While in Taiwan making a living for his family, a Filipino migrant worker suffered a debilitating illness and is in a comatose state, but the Tzu Chi Foundation is planning to provide humanitarian assistance when he is able to return to his home country.

The 36-year-old Filipino man, Ireneo Jr. Estoy Muana, a native of Davao City in the Philippines, came to Taiwan for work in 2018 after being recruited by a Taiwanese company. His work contract was set to expire this year, and he was preparing to return home to his wife and children when he suddenly fell ill in March.

Doctors diagnosed him as having tuberculous meningitis (TBM), causing acute hydrocephalus. Doctors considered his condition to be grave, but he managed to pull through and is now in stable condition.

Even so, he is still in a comatose state. His wife, Arile Yu Pasulohan Muana, was initially unable to receive much information and could not see him because of the pandemic. They had to spend their 11th wedding anniversary apart.

Arile, 33, was originally a sales specialist and fell in love with her husband while working at the same company. She said Ireneo was humorous and caring with their two children.

In order to take care of the children full-time, Ireneo sought employment in Taiwan. He "loved us more than he loved himself," said Arile.

In 2019, Ireneo took a long vacation from Taiwan to visit his family in the Philippines. His eldest child, a 15-year-old daughter named Princess Joy P. Muana, is currently in the 10th grade, while his son Chester Xian P. Muana is 12 years old and is in the 7th grade.

Determined to come to her husband's aid after he became incapacitated, Arile coordinated with the Manila Economic and Culture Office, Taiwan's Ministry of Foreign Affairs, and Ireneo's employer to enable her to fly from the Philippines to Taiwan in October. After she completed quarantine, she was finally able to be by his side with hopes of taking him back to the Philippines to spend Christmas with their children.

However, Ireneo's road to recovery is long and difficult. He is currently in a near vegetative state, requiring constant care. His relatives and friends cannot help, so ultimately the burden of caring for him in the future falls on Arile.

Arile said that the Philippines Social Security System cannot provide relief subsidies because Ireneo did not pay for national health insurance when he worked in Taiwan. Having has suddenly lost the family's breadwinner, she sells handmade cakes but can barely make enough money to pay for food and clothing.

The children are also facing the dilemma of having to drop out of school due to the financial difficulties. She said that once Ireneo is discharged from the hospital, she will do her best to care for him at home, but she will struggle to also work and support her family.

After the onset of his illness, Ireneo's employer in Taiwan helped seek medical treatment and hired nursing staff to take care of him for 24 hours daily. During this period, Arile also obtained a visa to come to Taiwan and acquired nursing skills to care for him. Apart from that, the employer also bought a set of medical equipment including an oxygenator, aspirator, and an air mattress for Ireneo.

There are also a great deal of cumbersome and time-consuming procedures, verification fees, handling fees, high exchange rate losses, and there is not much left in the annuity. When the Taiwanese religious charity Tzu Chi heard the news of Ireneo's plight, it announced that its local branch in the Philippines will provide assistance after he returns to his hometown.

Despite all the challenges, Arile is still optimistic and strong despite undergoing so many challenges. "Every time I talk to Ireneo, I will ask him if he remembers me. He always tries his best to look at me as if to talk, and tries to move his hand to let me know that he is working hard, and I know he can," said Arile.

She has faith that God will support their family through the most difficult moments and that her husband will eventually recover.