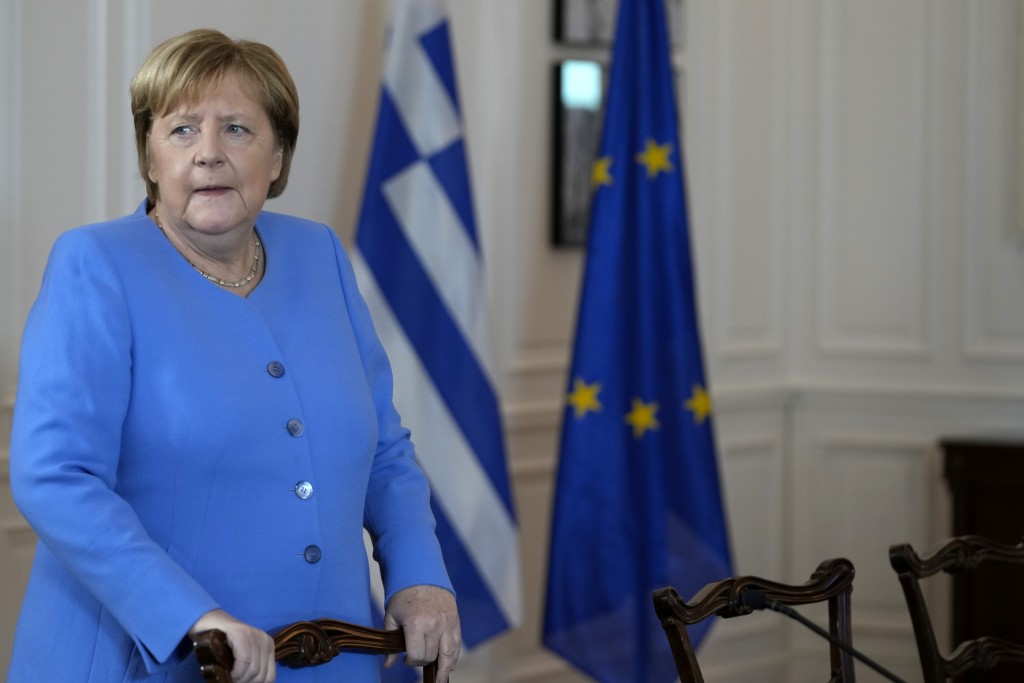 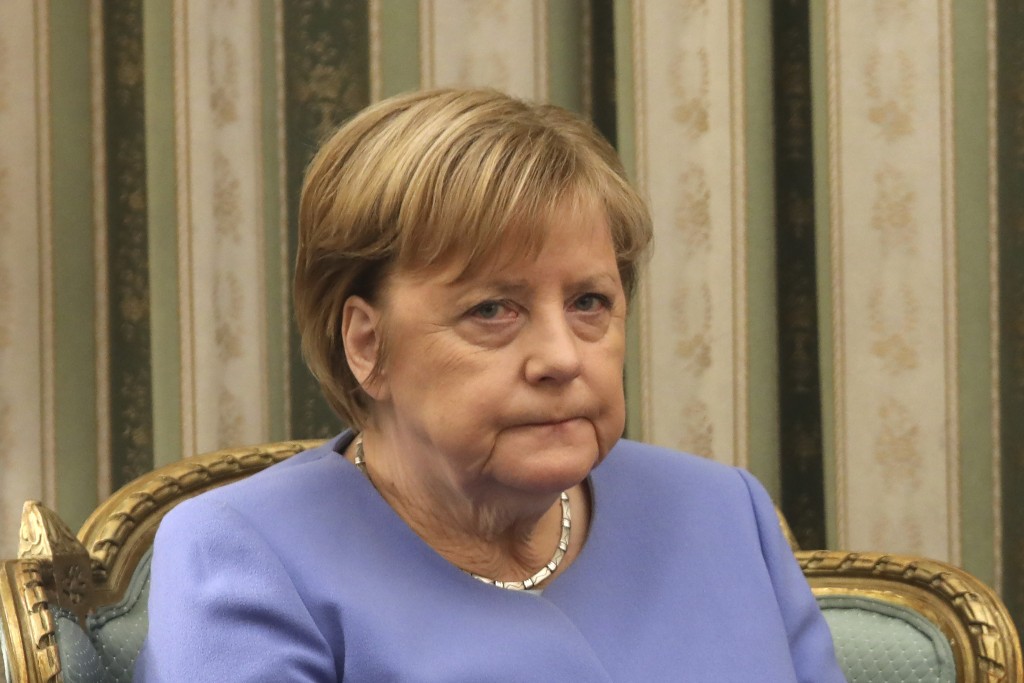 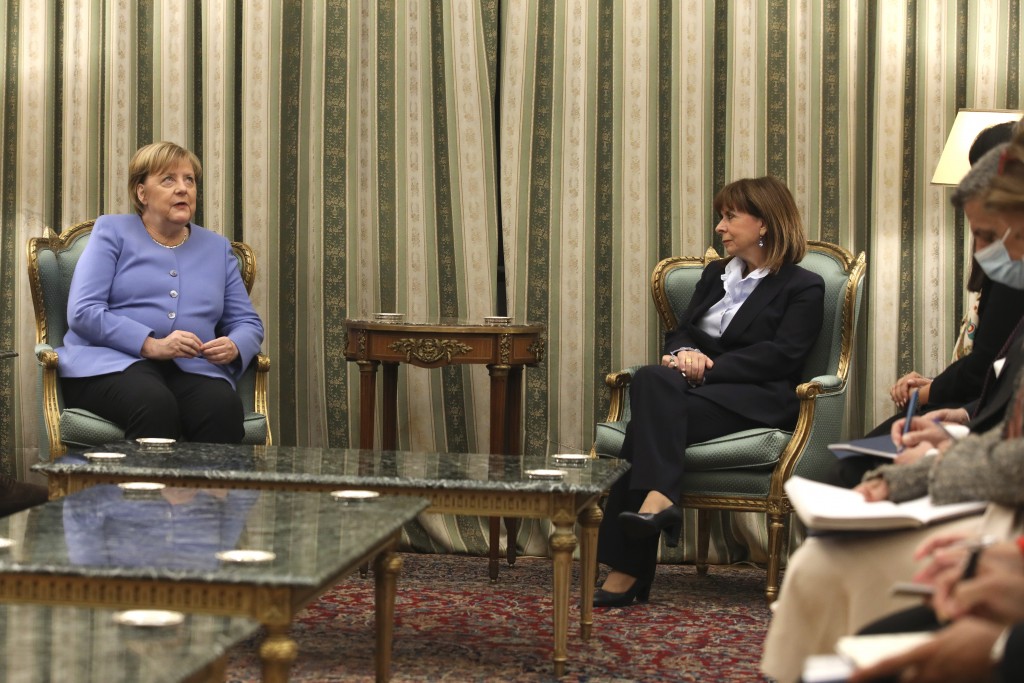 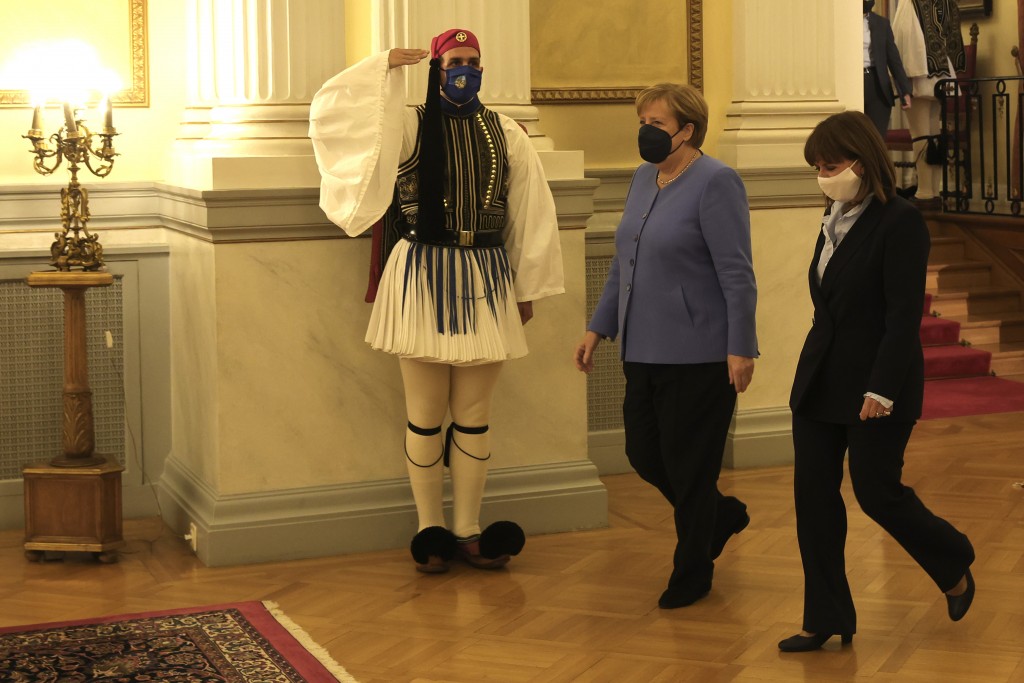 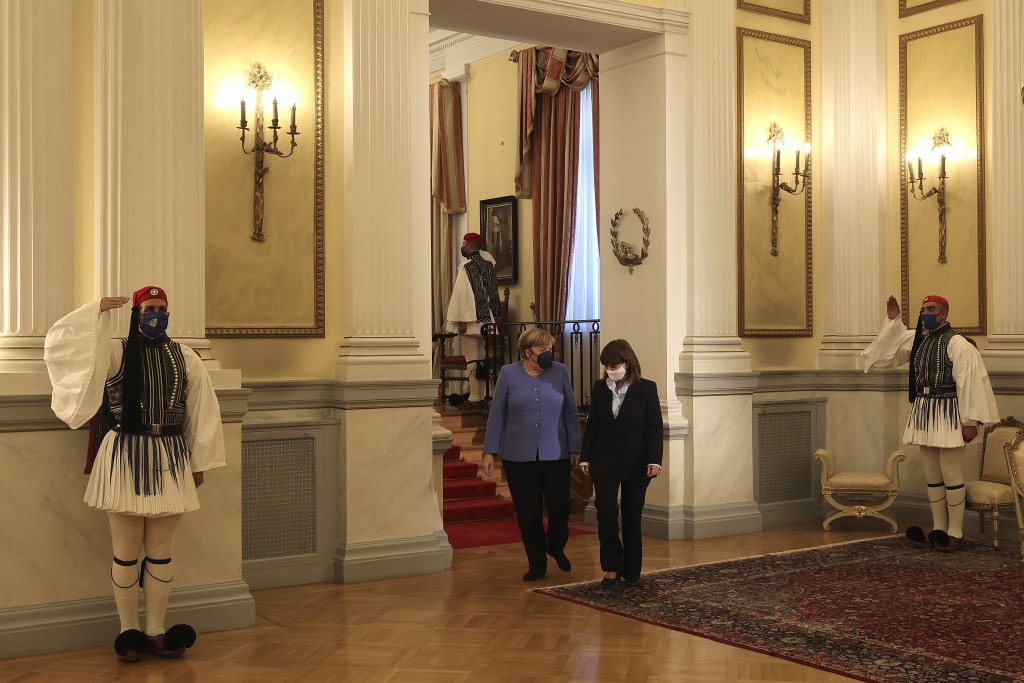 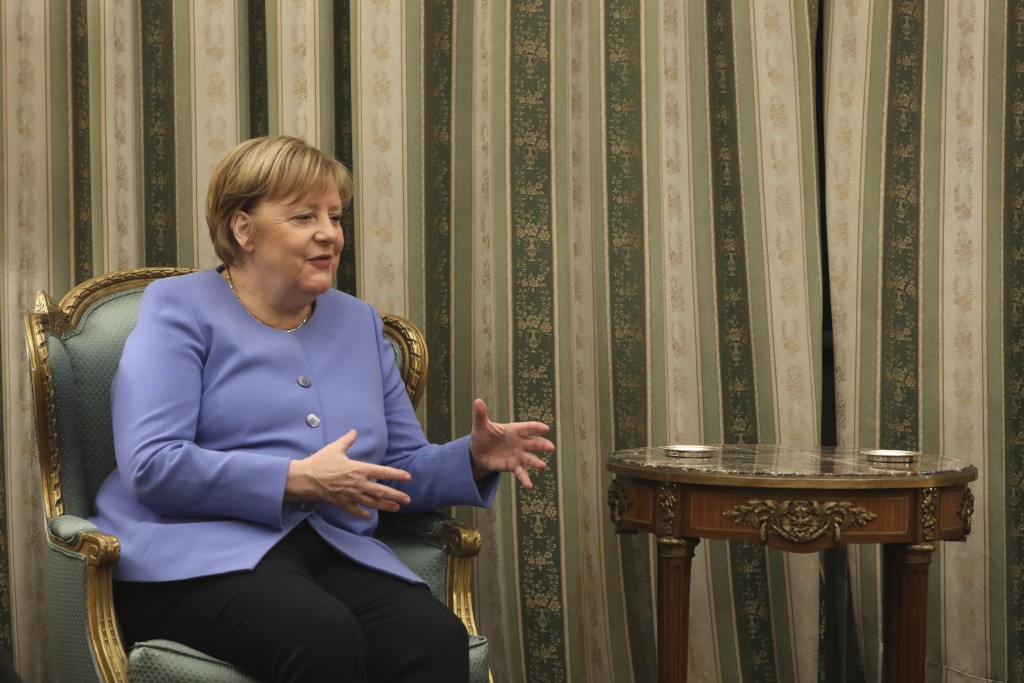 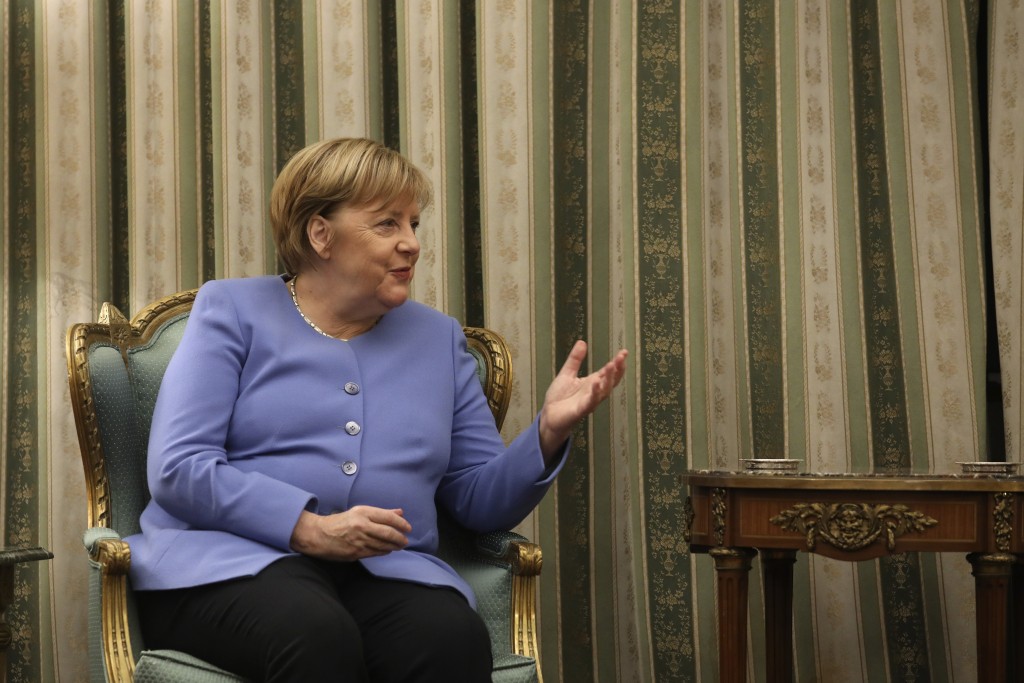 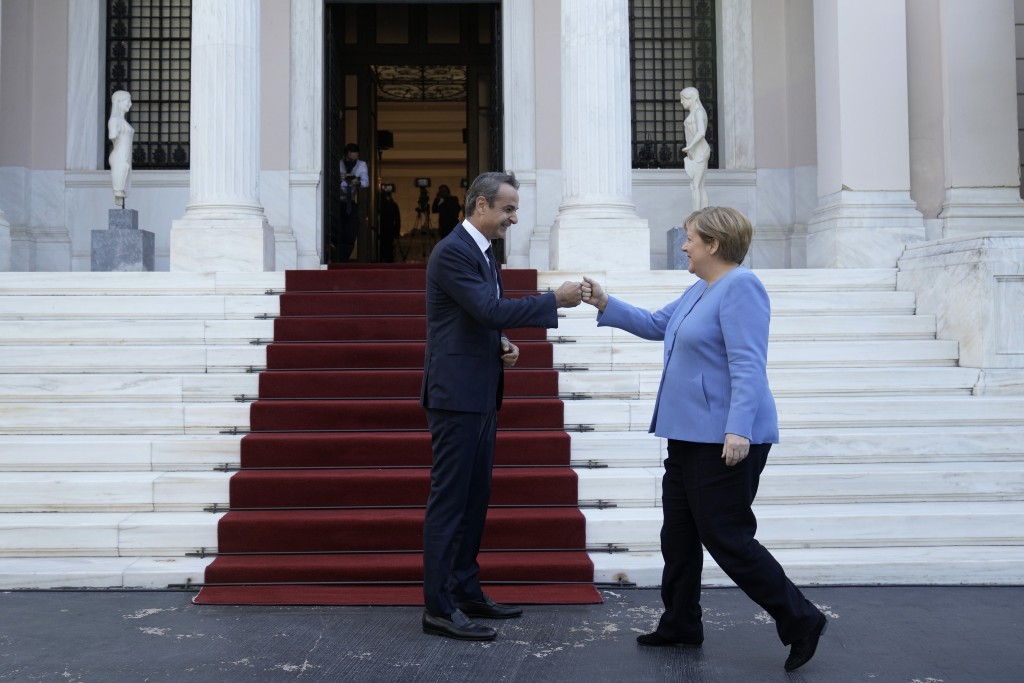 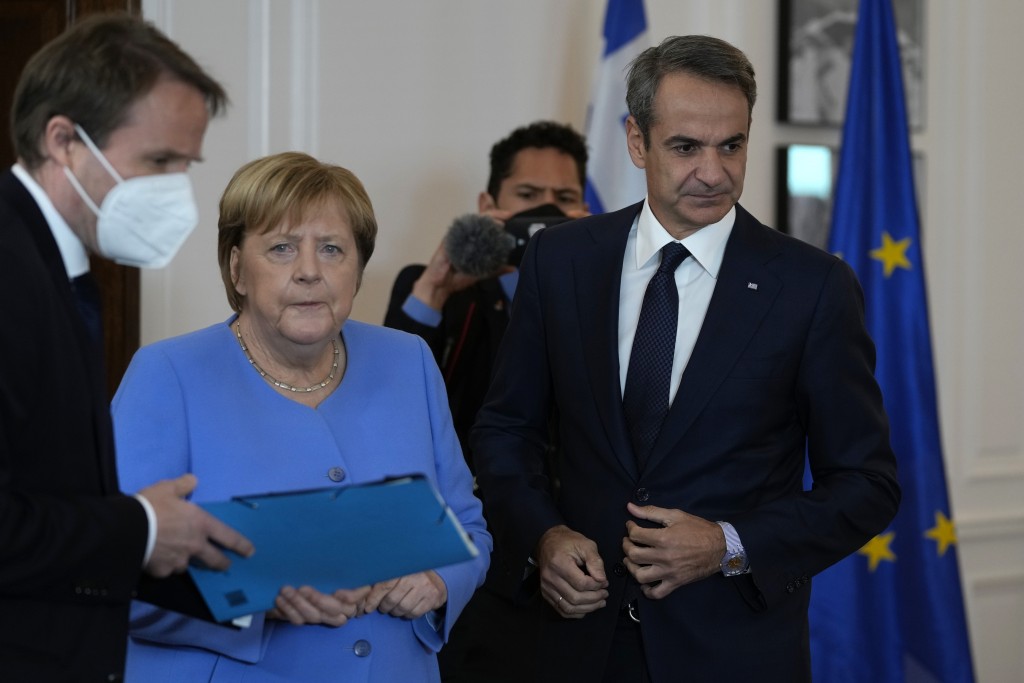 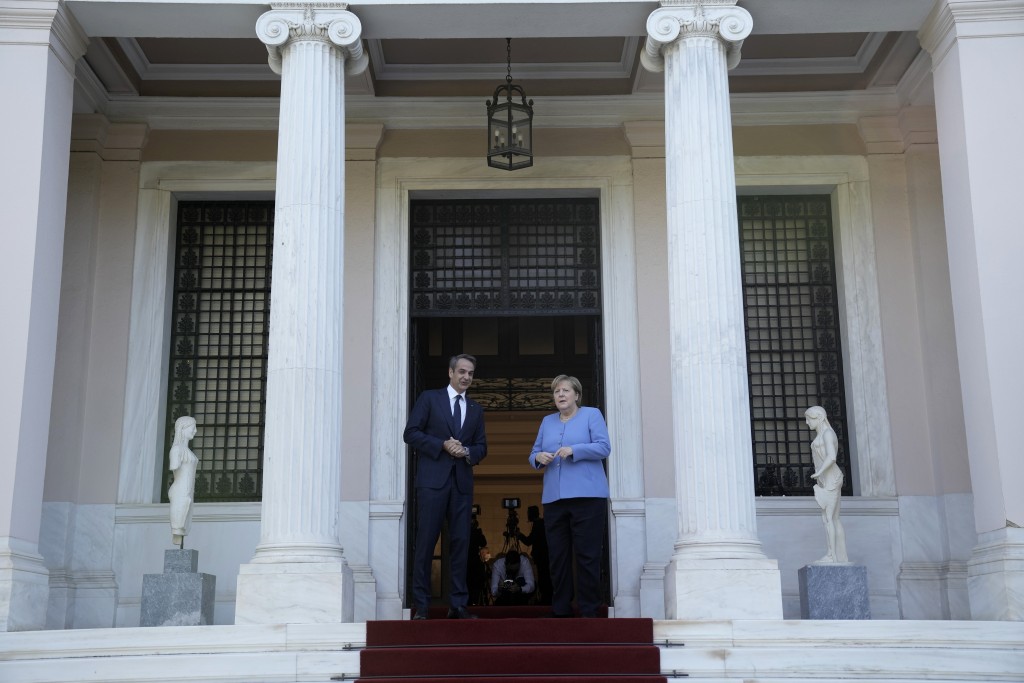 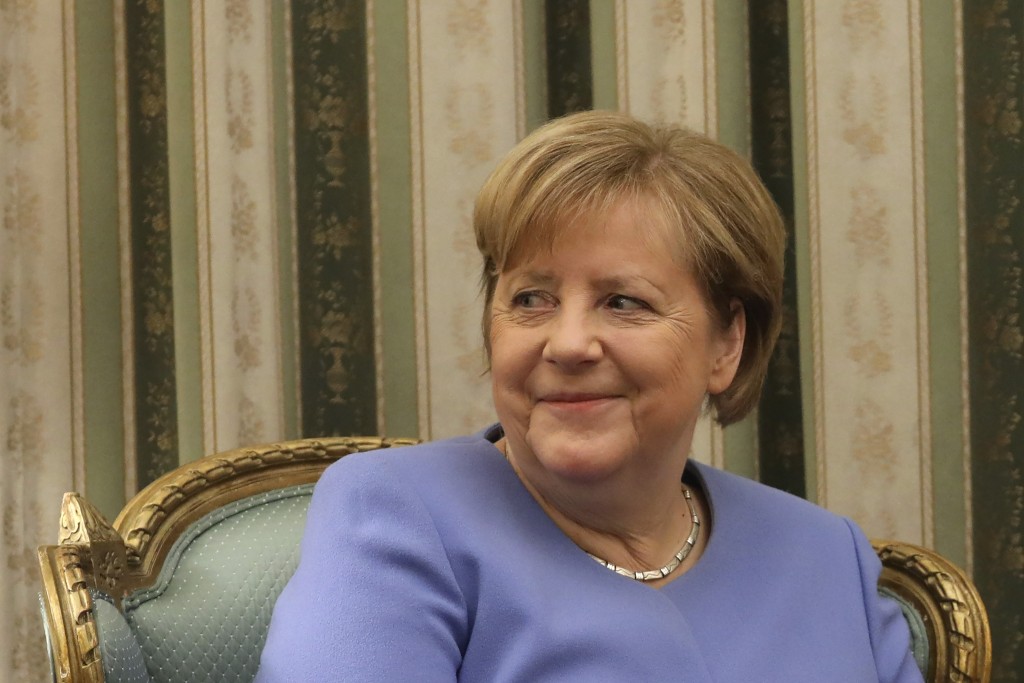 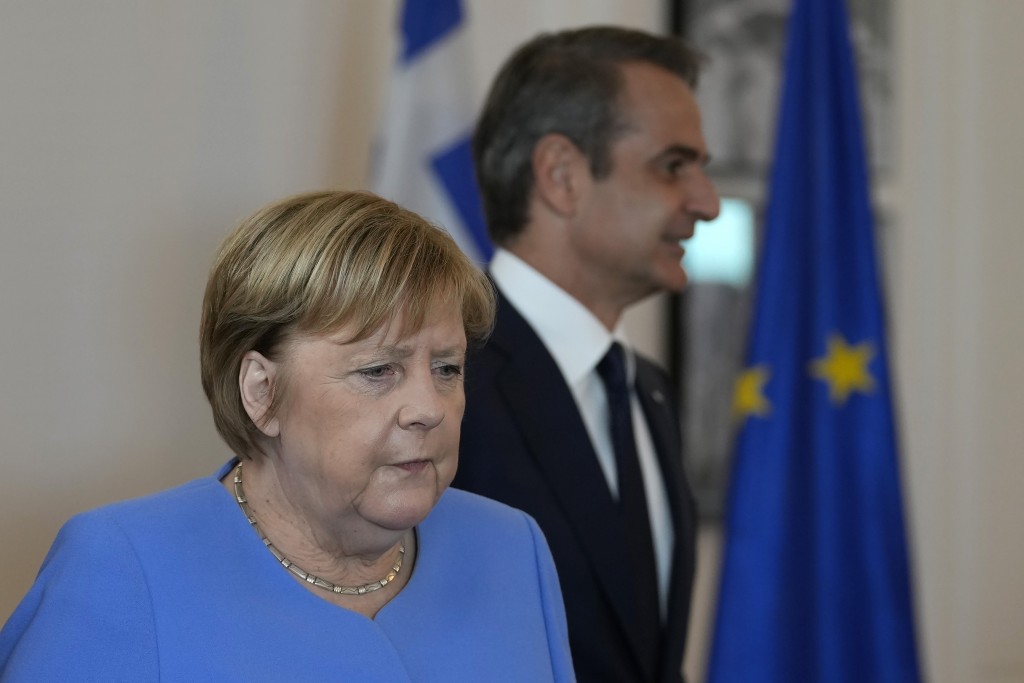 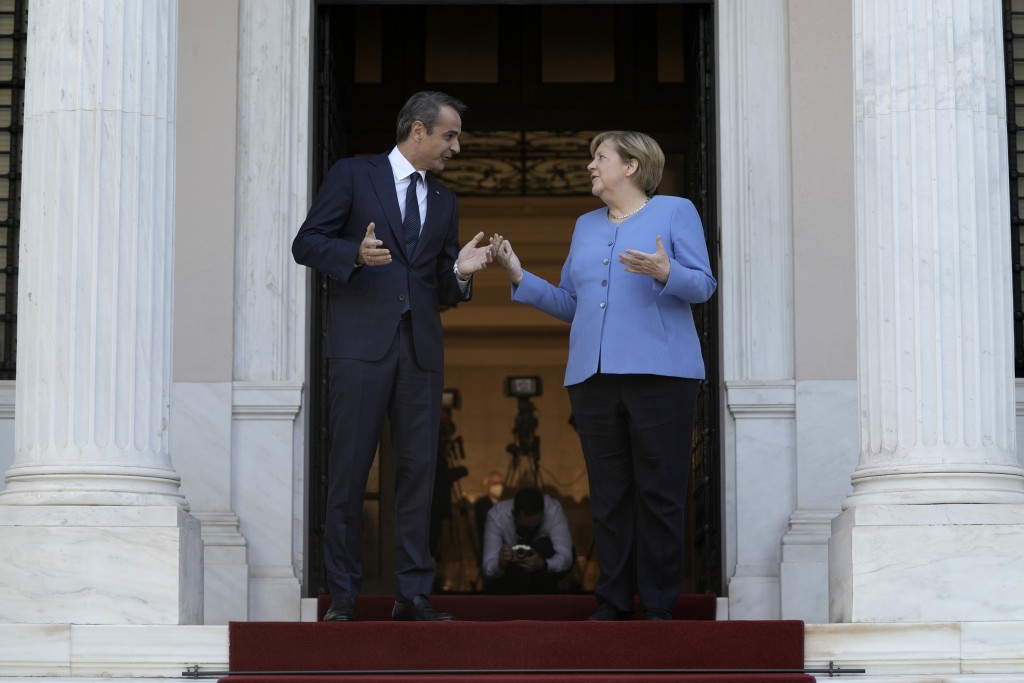 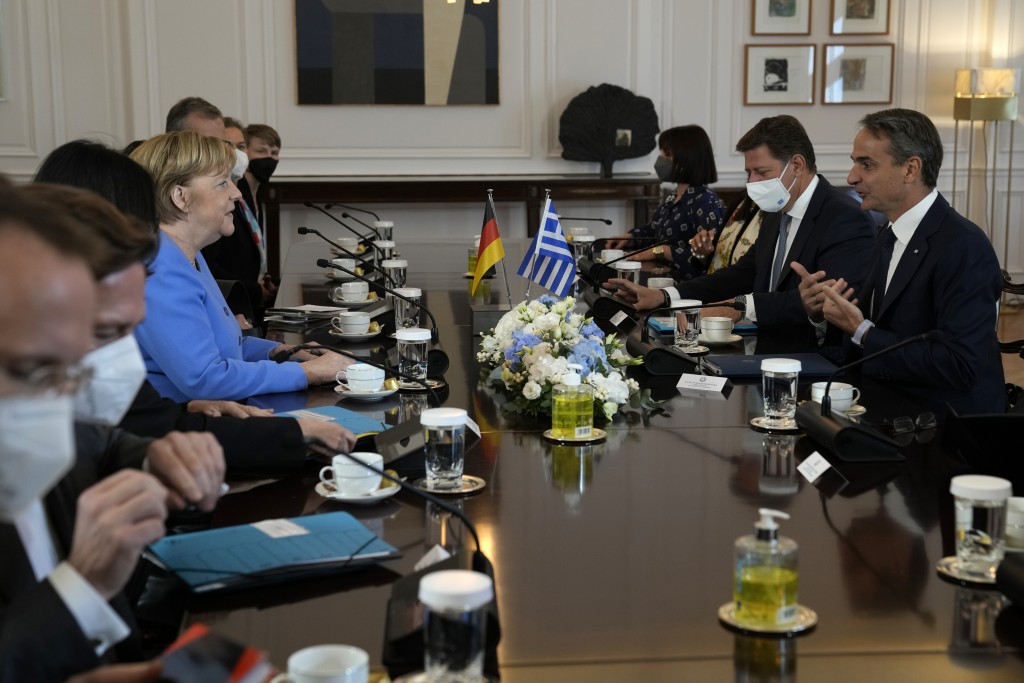 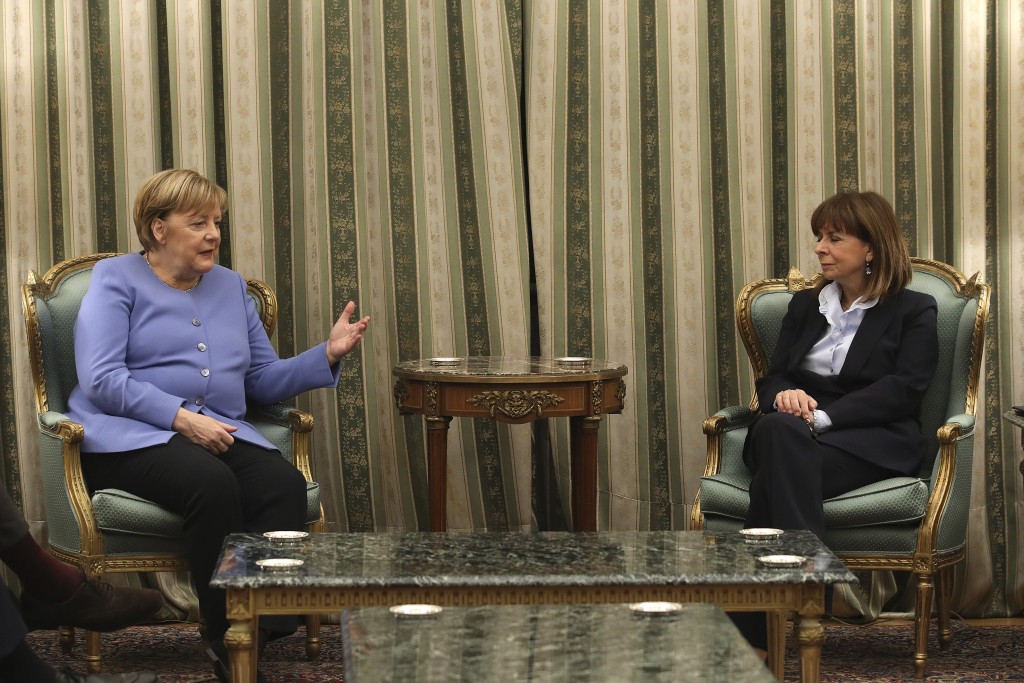 ATHENS, Greece (AP) — Greece’s often-strained relations in past years with European economic powerhouse Germany took center stage Friday during a visit to Athens by outgoing Chancellor Angela Merkel as both the country's president and prime minister aired past grievances.

President Katerina Sakellaropoulou was Merkel’s first official meeting during her visit to the country whose financial crisis marked much of her 16-year tenure and Germany’s relationship with Europe.

“There were times of difficulty and tension,” Sakellaropoulou told Merkel. “The financial crisis that many countries of Europe faced put mainly Greece, which was called on to pay a heavy price, in a difficult position."

Greece’s decade-long financial crisis, which began in late 2009, saw a quarter of the country’s economy wiped out and Greece almost crashing out of the euro, the joint currency used by many European Union members.

Germany was the largest single contributor to three successive international bailout packages Athens received from 2010 to 2018.

But the rescue loans came with strings attached. Greece’s economy was put under strict supervision and a series of deeply resented reforms were imposed, including repeated tax hikes and cuts in pensions, salaries and public spending on everything from health care to infrastructure.

While the Greek economy had suffered years of poor management and overspending of public money which contributed to its dire financial predicament and triggered the crisis, the terms imposed in return for the bailout were particularly harsh.

Many Greeks blamed Merkel — and her finance minister Wolfgang Schaeuble — for the enforced austerity which led to plummeting living standards and an economic depression which saw unemployment of 28% and youth joblessness exceeding 60%.

As the country’s financial situation gradually improved, so too did relations with Germany, along with public sentiment toward Merkel herself.

Prime Minister Kyriakos Mitsotakis called her "the voice of reason and stability, both in Berlin and in Brussels.”

Merkel was “perhaps unfair sometimes, but always decisive in the borderline moments," he said.

Addressing Merkel, Mitsotakis said that “you yourself bravely admitted that you asked a lot of the Greeks at a time when they were experiencing the turbulence of their financial crisis. But thankfully neither blind European austerity nor cheap supposedly national slogans endured."

Merkel, on her final visit to Athens as chancellor, acknowledged the often rocky ties, calling them “quite lively.”

She said she “knew that I was asking a lot of the people in Greece (during the euro crisis). On the other hand there were very different governments in Greece that considered very different reforms possible.”

The left-wing Syriza party won elections in 2015 vowing to reject all conditions attached to Greece's international bailouts. Although the government eventually agreed to all the terms laid out and carried out all the reforms demanded, the negotiations led to a particularly turbulent time in Greece with capital controls eventually being imposed to stop a run on the banks. The controls remained in place for years.

Merkel also noted the two countries had faced the challenge of Europe's migration crisis, when more than a million people entered the EU in 2015, many of them fleeing the war in Syria. The vast majority crossed to Greek islands from the nearby Turkish coast and then headed north through the Balkans towards Germany.

Merkel’s Finance Minister Olaf Scholz, who is set to succeed her as chancellor, was accompanying her on her visit to Athens.

“I hope that relations, or rather I assume, I don’t have to hope, that with a new German government the relations between Germany and Greece will also develop well,” Merkel said.

Frank Jordans in Berlin contributed to this report.