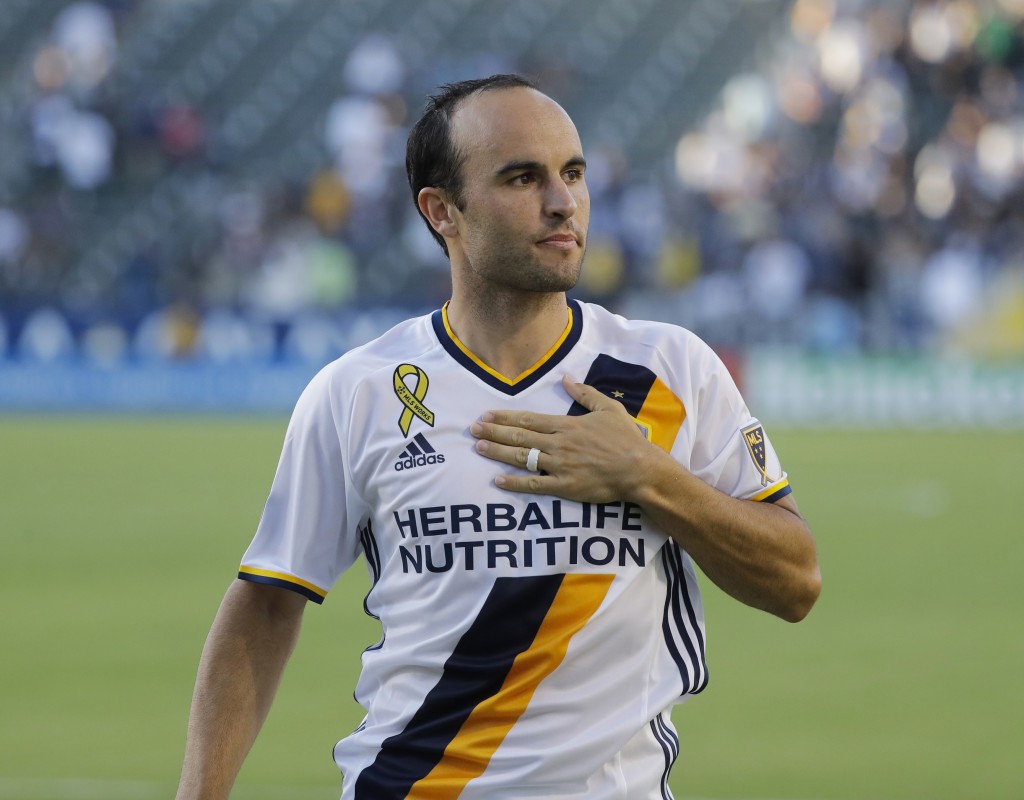 SAN DIEGO (AP) — Landon Donovan and his San Diego Loyal soccer club are leaving a loud, colorful mark on San Diego in their second season in the USL.

Donovan has coached the Loyal to a spot in the USL playoffs a year after their inaugural season ended in controversy. He’d love nothing more than to have a home match in front of the team’s, well, loyal fans.

In order to return to cozy, 6,000-seat Torero Stadium at the University of San Diego this year, the Loyal need to win at Sacramento on Saturday night in their regular-season finale and have Orange County lose to LA Galaxy II.

Donovan, one of the greatest American soccer players of all time who competed with the U.S. national team and in the MLS, can’t overstate the importance of having fans back again after the Loyal played before empty stands for most of their inaugural season due to the pandemic.

Although the Loyal were disappointed with a 4-3 loss to Oakland in the home finale Sunday, Donovan pointed to the support his side gets at home.

“What I always say about this stadium is, as far as sightline goes, proximity to the action, especially here, I’ve never been in a better seat in a stadium than those seats,” Donovan said, pointing to the team bench. “You are literally standing and they’re within four feet of you down there.

“When this place is full and loud like it was at the end, it’s hard to imagine, per person, there’s a louder place to be. It’s really fun to be a part of when it’s like that.”

The fans in the east end zone, including members of the independent supporters group The Locals, chant and bang on drums for the entirety of each 45-minute half. They set off smoke bombs in the team colors of green and orange to celebrate goals.

And it’s about more than just soccer. There’s a large Black Lives Matter sign next to an advertisement for Stone Brewing, the team’s major supporter. A number of rainbow flags fly in the breeze.

Sunday’s crowd was 4,982. “It’s way louder here,” said forward Corey Hertzog, who formerly played for Reno in the USL. He called the San Diego crowd the “best fans in the USL. It sounds like 10,000.”

Before he helped co-found the Loyal, Donovan was involved with a group promoting SoccerCity, which would have been a massive development in Mission Valley with an eye toward bringing an MLS team to the city that was abandoned by the NFL’s Chargers in 2017. Although SoccerCity lost out to San Diego State University for the right to redevelop a massive plot of land, Donovan got to know the city’s soccer fanbase.

“I have a genuine connection with a lot of the fans because for two years with SoccerCity we were out every weekend talking to people and meeting people, so almost every face I see in the stands I’ve met at some point, and connected with, some of them multiple times,” said Donovan, 39, who has lived in San Diego for six years.

“I feel like one of them because we’re all trying to do this thing together and it’s making it really special. Every time we win and I see them and make eye contact in the stadium, it’s another step forward that we took together.”

Another sign of the growing support for the Loyal is that Donovan wears three scarves while coaching.

“There are three supporters groups, so I’m screwed in the summer next year. I’m going to have to wear a tank top with these three,” he joked.

San Diego’s inaugural season ended abruptly in September 2020 when the team walked off the pitch while leading Phoenix Rising FC 3-1 after openly gay midfielder Collin Martin of the Loyal allegedly was called a homophobic slur by Junior Flemmings. Had the Loyal continued on and won, there was a good chance they would have made the playoffs.

A week earlier, the Loyal asked to forfeit their 1-1 tie at the Los Angeles Galaxy II to protest San Diego’s Elijah Martin allegedly being called a racial slur in the 71st minute by defender Omar Ontiveros.

Earlier that season, the Loyal wore rainbow-colored armbands in honor of what would have been San Diego Pride weekend and wore alternate kit with Black Lives Matter across the back in their return from a four-month COVID-19 shutdown.

“We kind of got, not pigeonholed, but you kind of get seen as like a social justice cause team or club, but really, our guys just want to play soccer,” Donovan said. “They don’t want to be abused verbally in a game, they just want to play. So the fact they were able to just play this year and show that we’re a good team is rewarding for them. Very much so.”

Donovan said the Loyal were taking a stand “for human beings. We always say we are people first, players second. That’s a really easy thing to say, a great slogan to put on the wall, and a lot of teams do stuff like that, but we try to live it every day.”