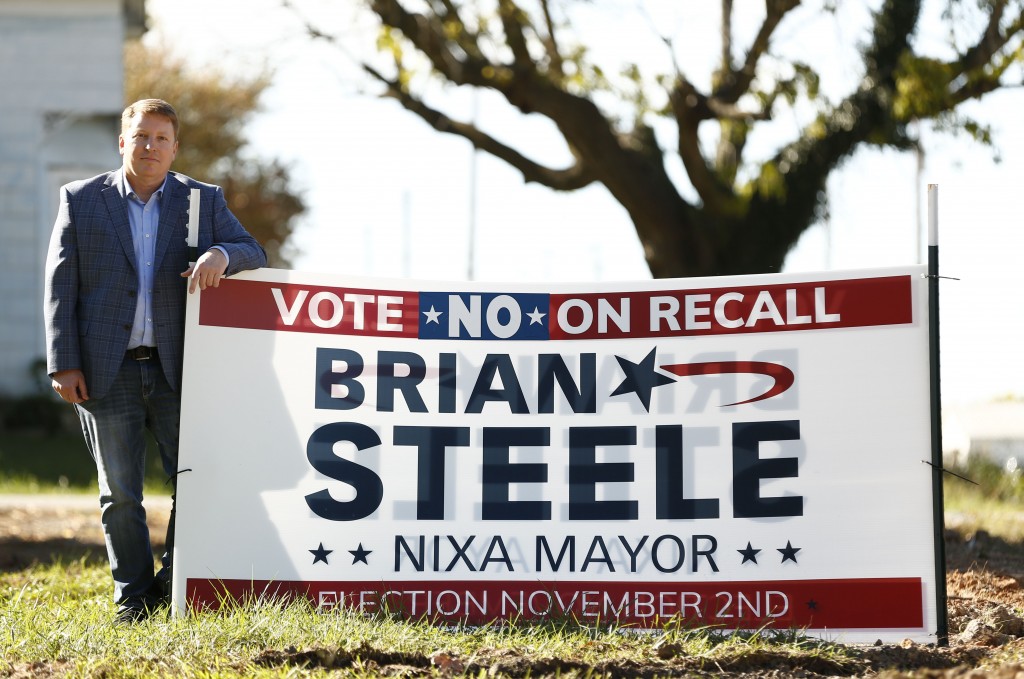 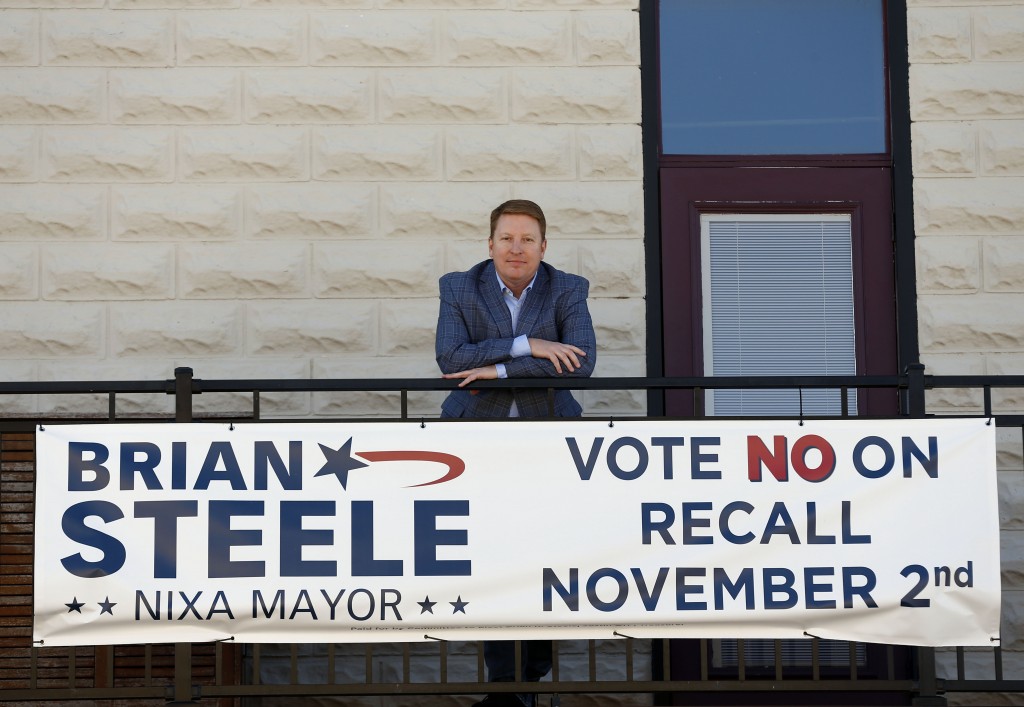 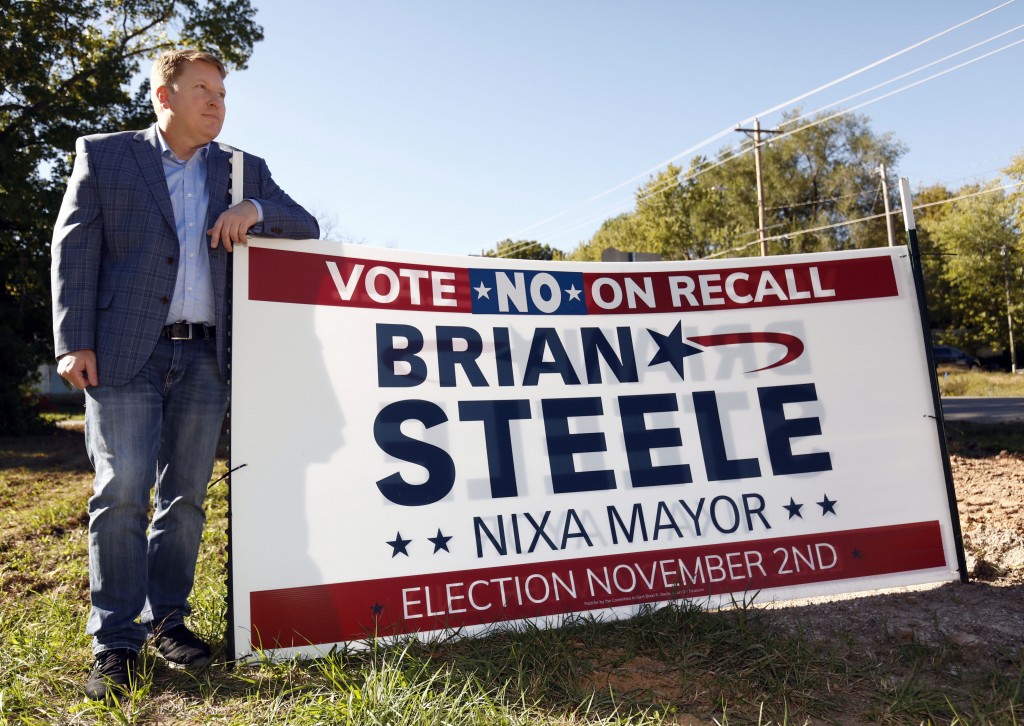 MISSION, Kan. (AP) — Hospitals in Missouri were inundated with COVID-19 patients last summer when a group opposed to a mask mandate that had already expired gathered enough signatures to trigger a recall vote against the mayor who enacted it.

Now the question about Mayor Brian Steele is on the ballot Tuesday in the small city of Nixa. Meanwhile in Kansas, voters will decide whether to recall a school board member who backed a mask mandate. And in Anchorage, Alaska, a member of the city's governing body has been targeted for removal because, according to critics, she was the 15th person at a public meeting where 14 was the limit under COVID-19 protocols.

Across the country, dozens of recall campaigns are underway, many led by people who oppose any COVID-19-related rules. The recalls illustrate the contentiousness that has upended usually sleepy school board and city council meetings. The tension is almost sure to last into 2022, when more recall efforts are expected in the spring.

Nationally, more than 500 attempts to recall elected officials have happened this year, up from about 400 in a typical year, said Joshua Spivak, a senior fellow at the Hugh L. Carey Institute at Wagner College. He said most of the increase stems from a spike in school board recalls, with about 200 this year, up from 70 in a normal year.

In some cases, multiple members of the same board have been targeted, often over mask requirements or school closures.

But he said fewer recall attempts are advancing to the ballot and more are failing to get enough votes. California Gov. Gavin Newsom, who came under fire because of pandemic closures, is the best known elected official to survive a recall this year. But there have been others, including a failed bid last spring to oust several members of two Idaho districts over masks and virtual instruction.

While the pandemic helped motivate people to sign petitions and get recalls on the ballot, "it is not necessarily enough to get the person removed,” said Spivak, who writes the Recall Elections Blog and is the author of “Recall Elections: From Alexander Hamilton to Gavin Newsom.”

Steele, who designs computer systems when he isn't leading the city of 21,000 people in the Springfield, Missouri, area, found himself at the center of controversy as COVID-19 case numbers began to spike a year ago.

When the city council gave him emergency powers to deal with the pandemic, he approved the mask mandate through an executive order. “You want to protect your friends and your family,” he explained.

Backers of the recall argue that the full council should have approved the mandate, which expired in April.

“The rules need to be followed," said Ron Sanders, who supports the recall and is opposed to mandating masks. "If they can write me a ticket for speeding or if they can write me a summons for not cutting my grass, then they should be held accountable for not following the rule of law also."

He and other recall proponents got the issue on the ballot with 73 valid signatures — six more than the minimum.

In Kansas, it took only eight signatures to trigger the recall of Amy Sudbeck, a school board member for the 635-student Nemaha Central district. Sudbeck was appointed to the board in 2020 and attended her first meeting just one week before the governor closed schools for the rest of that academic year.

The recall effort started after Sudbeck, who is a nurse, voted with the majority of the board to keep a mask mandate in place through the end of the last school year. Masks are now optional in the district northwest of Kansas City. Even without the recall, Sudbeck was up for election. She is running against one of the organizers of the recall effort.

In Anchorage, a former Democratic state representative and gubernatorial candidate described the effort against Assembly member Meg Zaletel as “one of the most hypocritical recall campaigns in state history.” Speaking on Twitter, Les Gara said the same people who regularly pack the Assembly chamber to fight mask rules want to recall her for surpassing a COVID-19 capacity limit.

Zaletel, who recently helped push through a mask mandate, said recall supporters are furious because of unrelated policy decisions, including a debate about where to locate a substance abuse treatment center.

Another round of recalls are expected in the spring. In Colorado's Boulder Valley School District, parents seeking to recall three pro-mask school board members have until late November to collect enough signatures.

Among the targets is board member Kathy Gebhardt, a mother of five who says she has been called a Nazi, a child abuser and a “eugenicist technocrat” for backing masks.

In the past, she said, she appreciated that school board races offered "one place where we could still hold out some hope of being nonpartisan and have conversations about what people believed was in the best interest of a student," said Gebhardt, an attorney who practices school-finance law. “And those days are gone, at least for now."

In the San Juan Unified School District in California, a group opposed to the district going virtual for most of last school year attempted to recall the entire board but failed to collect enough signatures.

Paula Villescaz, the school board president, said the situation was so contentious that she added lights and cameras around her home for safety.

“I don’t like feeling like people are coming after me," Villescaz said. But, she added, “I would rather keep the line and keep our folks safe.”