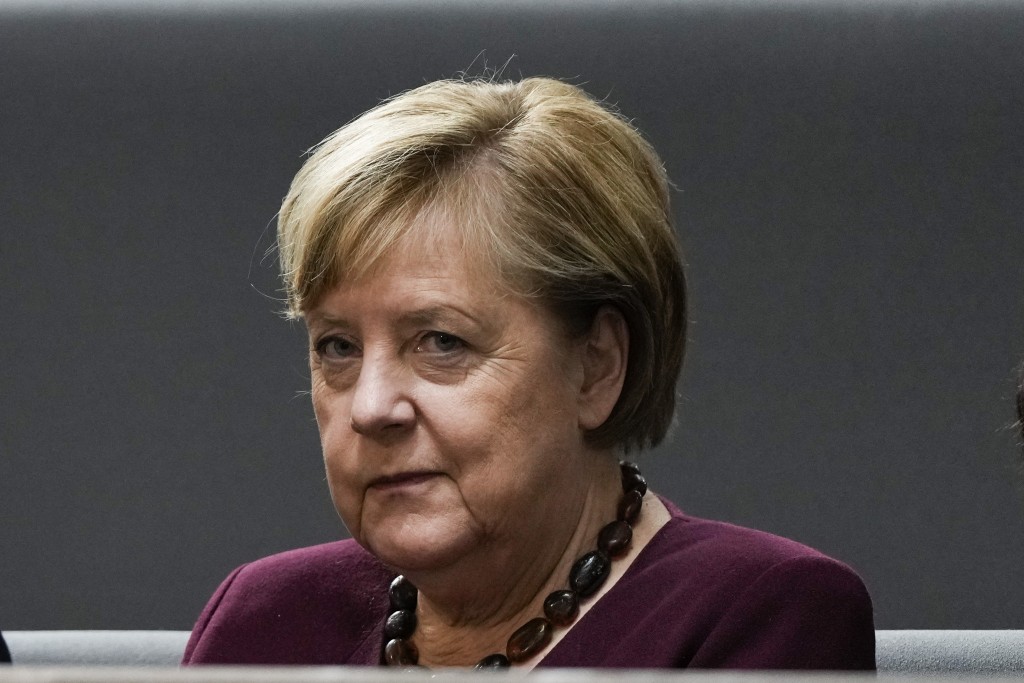 ATHENS, Greece (AP) — Germany’s outgoing Chancellor Angela Merkel arrived in Greece Thursday for a visit to the country whose financial crisis marked much of her tenure and Germany’s relationship with Europe.

Merkel landed in Athens on the evening of a Greek national holiday marking the day in 1940 when the country rejected an ultimatum by Fascist Italy to allow Axis troops to enter Greece. The decision led to Greece entering World War II, fighting a far stronger adversary and eventually suffering a brutal occupation by Nazi Germany.

Prime Minister Kyriakos Mitsotakis was hosting Merkel for dinner after her arrival, ahead of official meetings on Friday with him and Greece’s President Katerina Sakellaropoulou.

“The Chancellor is grateful that she has received this invitation from (Mitsotakis). She is looking forward to her visit to Athens and to the talks there,” Merkel’s spokesman Steffen Seibert told reporters in Berlin Wednesday.

Relations between Greece and Germany were often thorny in past years, particularly during Greece’s severe, decade-long financial crisis which saw a quarter of the country’s economy wiped out and Greece almost crashing out of the euro, the joint currency used by many European Union members.

Germany was the largest single contributor to three successive international bailout packages Greece received from 2010 to 2018 after its dire finances locked it out of bond markets, meaning it could not raise funds on its own.

But the rescue loans came with strings attached, with Greece’s economy put under strict supervision by the eurozone, the European Central Bank and the International Monetary Fund. A series of deeply resented reforms were imposed, including repeated tax hikes and cuts in pensions, salaries and public spending for everything from health care to infrastructure.

While the Greek economy had suffered years of poor management and the overspending of public money which contributed to its dire financial predicament and triggered the crisis, the terms imposed in return for the rescue was particularly harsh.

Many Greeks blamed Merkel — and her finance minister Wolfgang Schaeuble — for the enforced austerity which led to plummeting living standards, soaring unemployment and an economic depression. The jobless rate reached 28%, with youth unemployment exceeding 60%.

But as the country’s financial situation gradually improved, so too did relations with Germany, and the general public sentiment toward Merkel herself.

The German chancellor last visited Athens in January 2019, in the tail-end of the government of Alexis Tsipras, the leftist politician who had once famously declared during a campaign speech: “Go back, Mrs. Merkel!”

During her 2019 visit, the two countries put years of tension behind them, with Merkel praising Greece’s improvement in its finances and Tsipras saying that “the difficulties now lie behind us.”

During her current visit, talks are likely to focus more on geopolitics than finances, with Greece at loggerheads with neighboring Turkey over a series of issues, including territorial disputes and drilling rights in the eastern Mediterranean.

Speaking in Berlin, Seibert said Germany was “convinced ... that good neighborly relations between Greece and Turkey are important and beneficial not only for these two countries, but actually for all of Europe.”

Solutions, he said, “can only be found through talks, in dialogue and in a spirit of mutual respect. The Chancellor also made this clear during her recent talks in Turkey.”