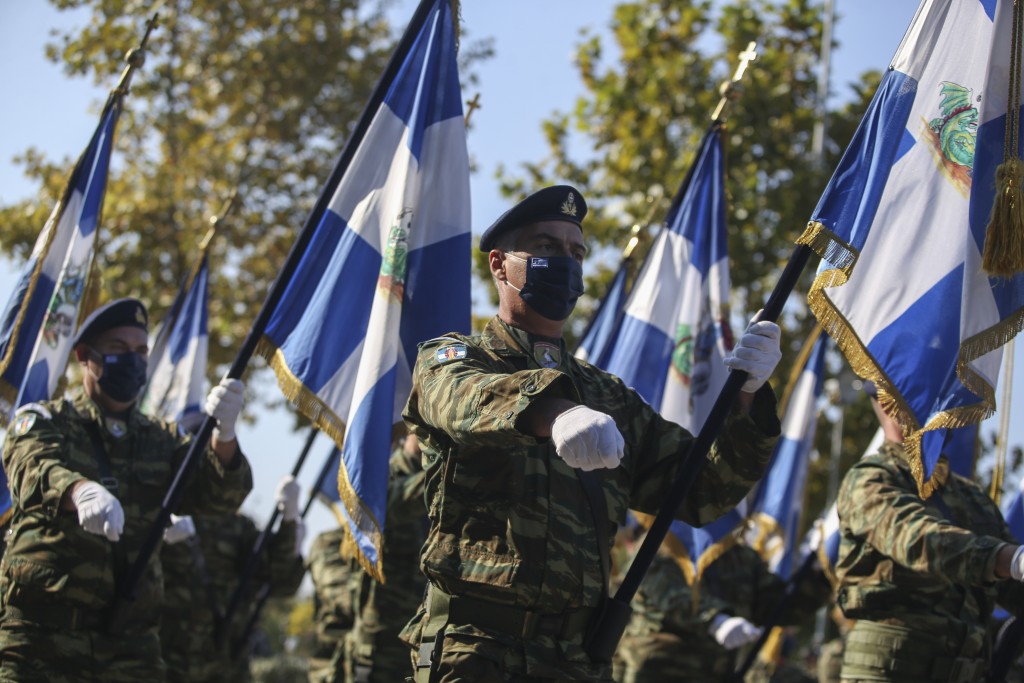 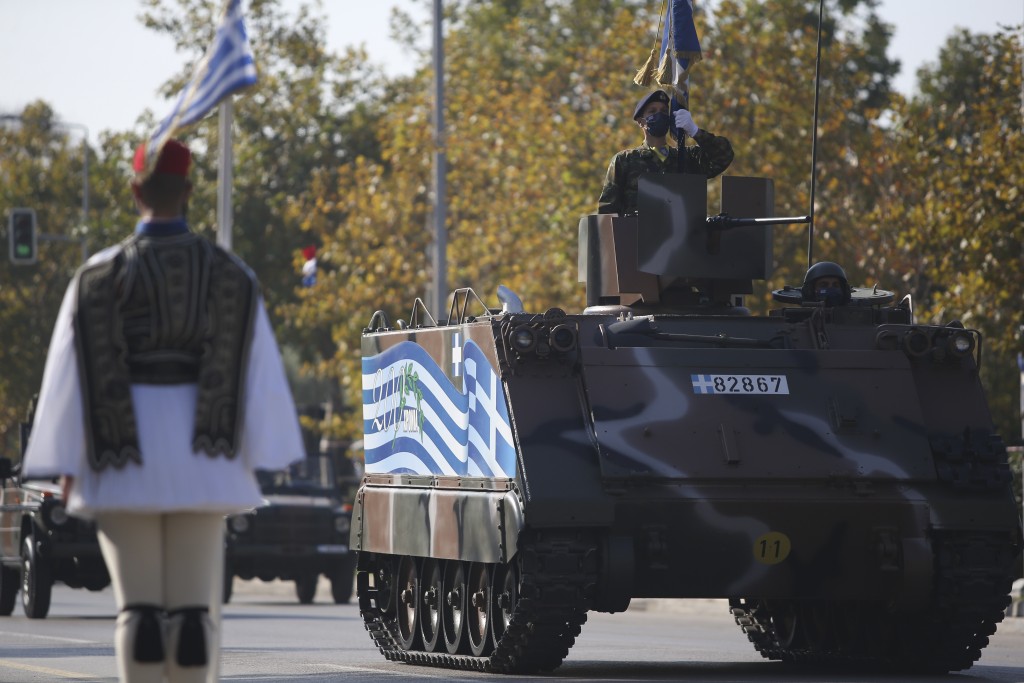 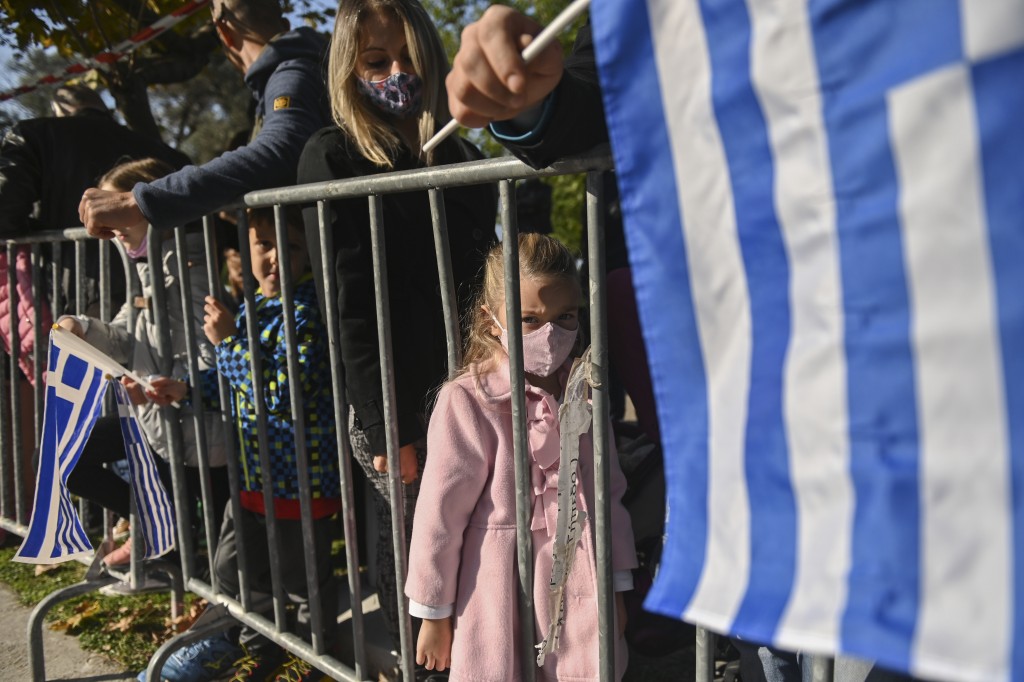 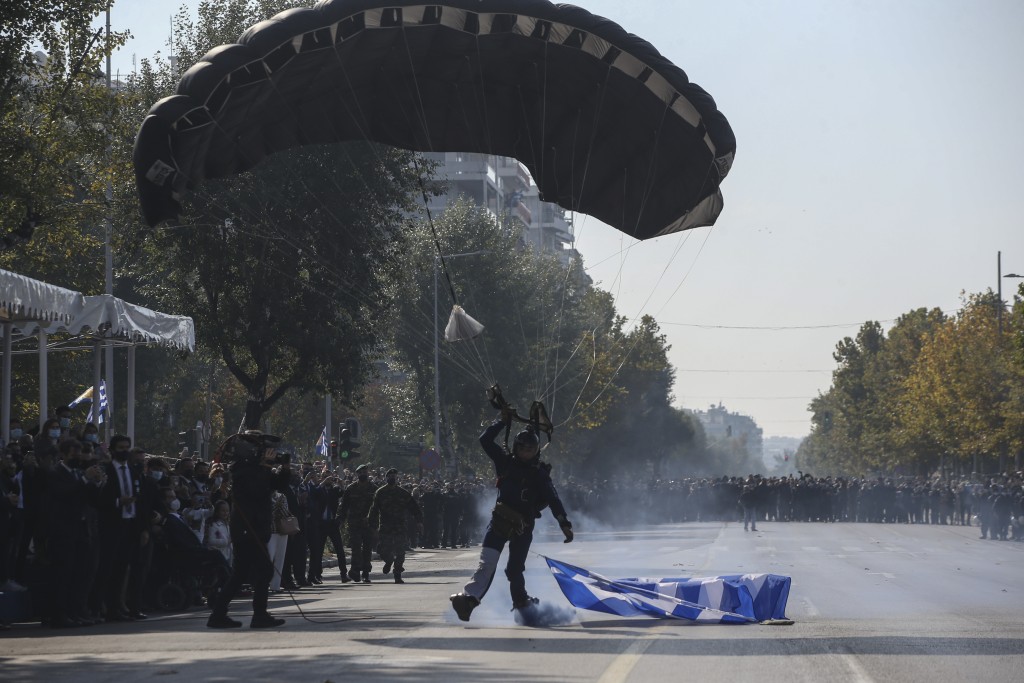 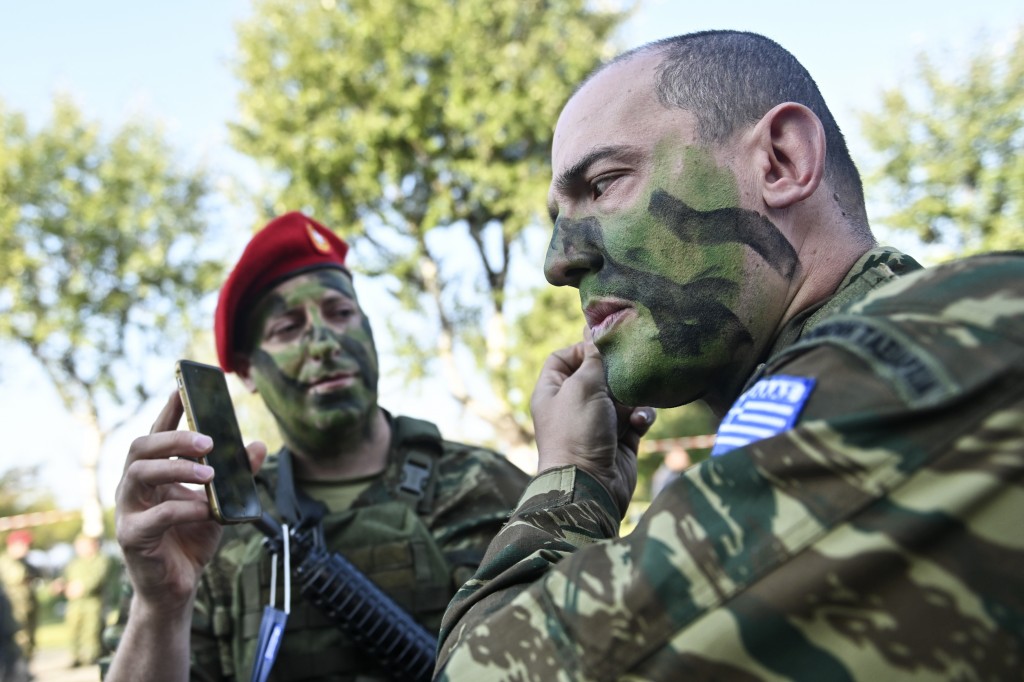 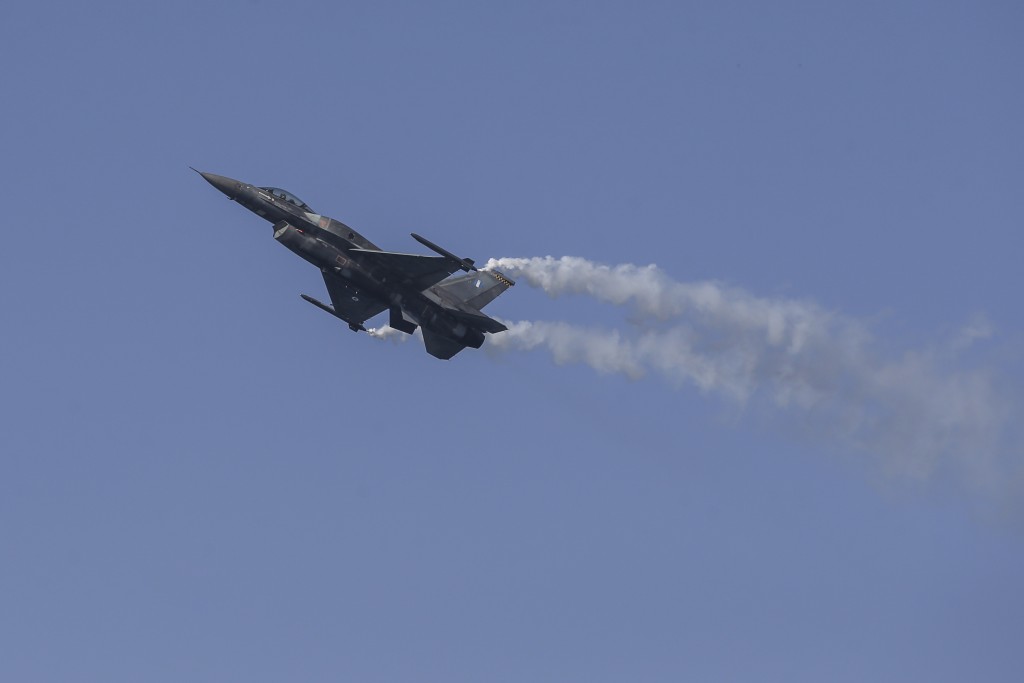 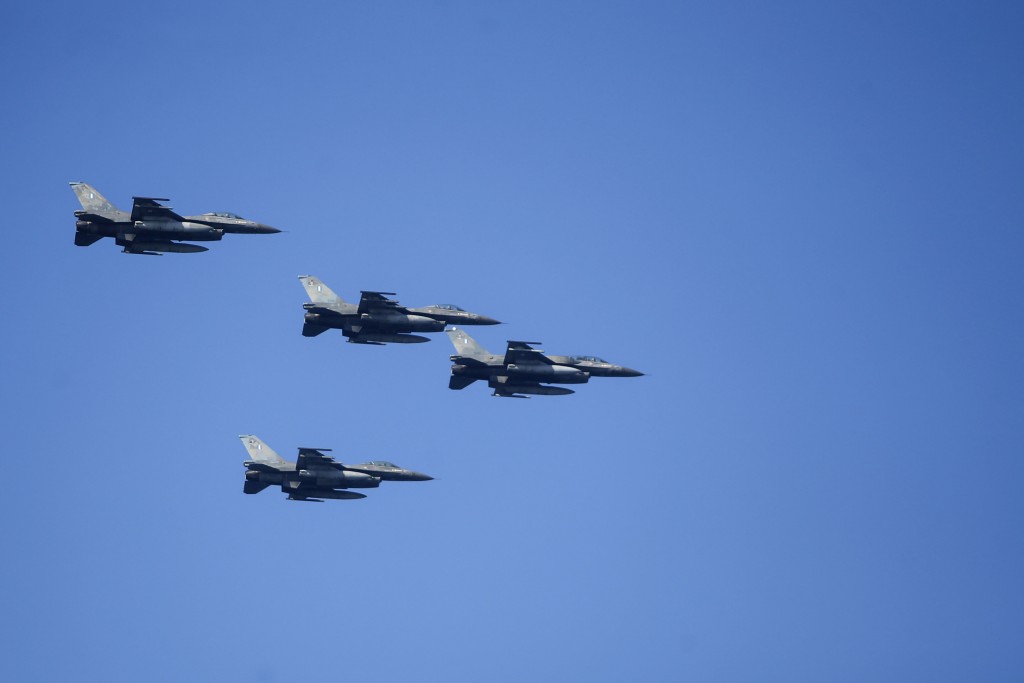 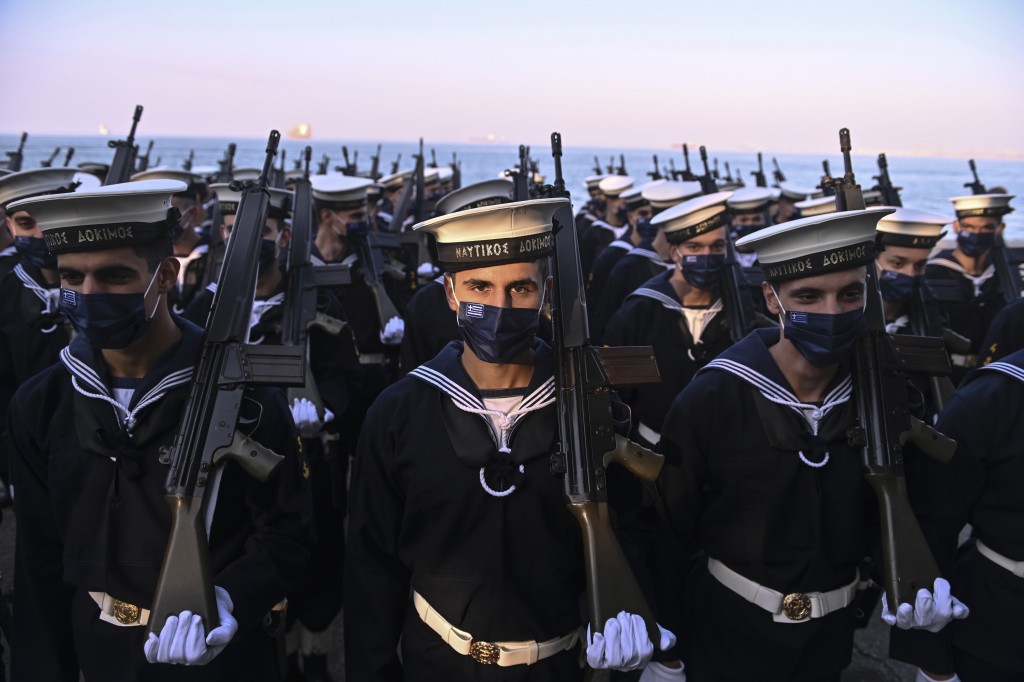 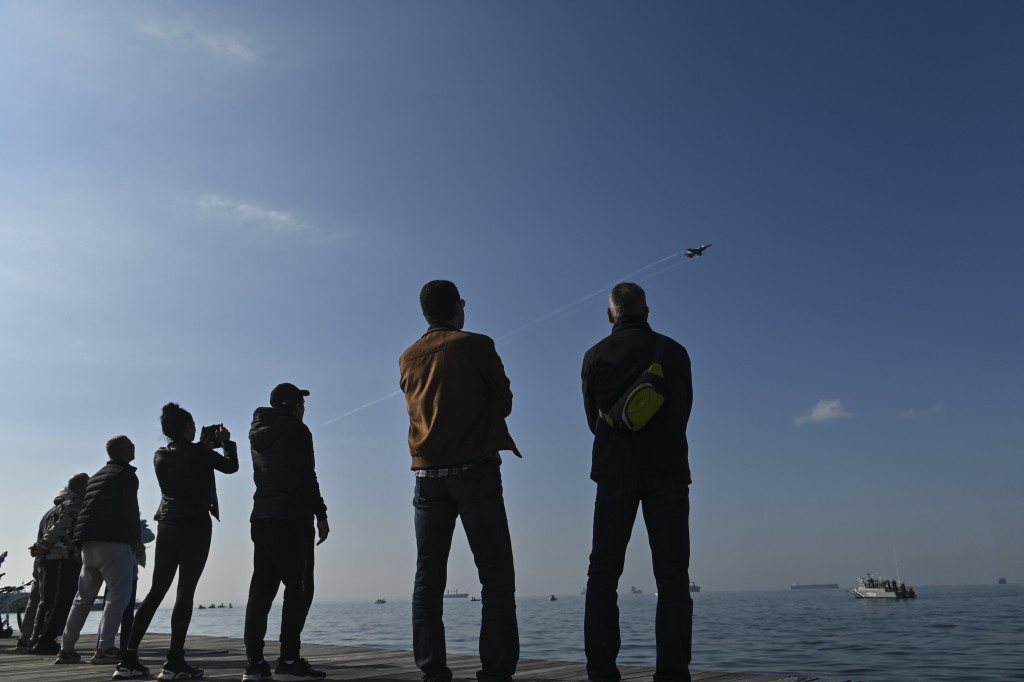 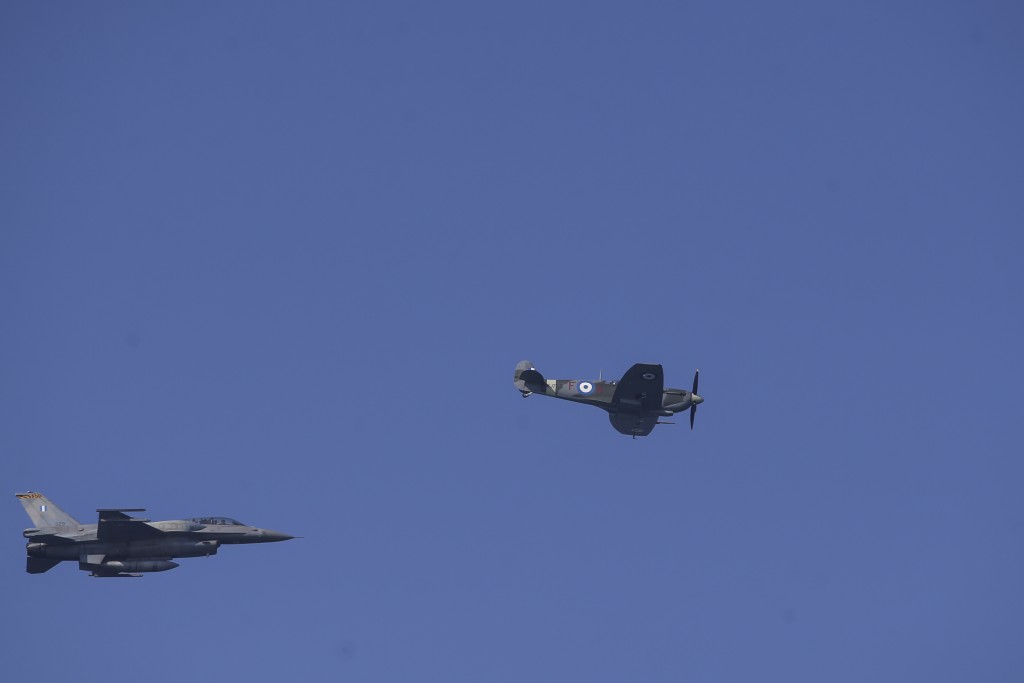 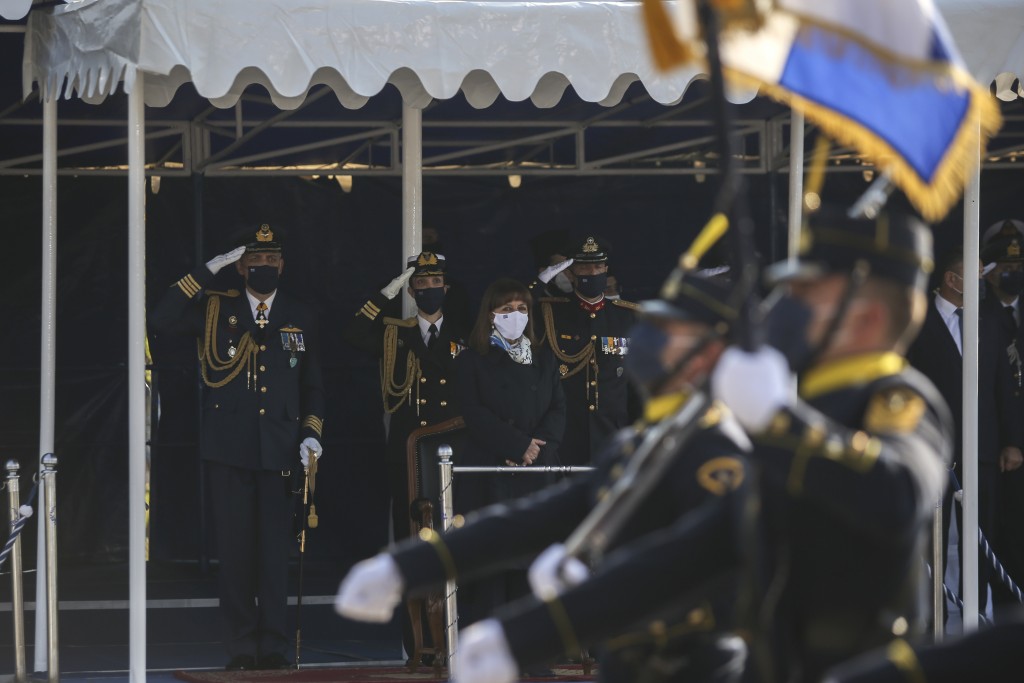 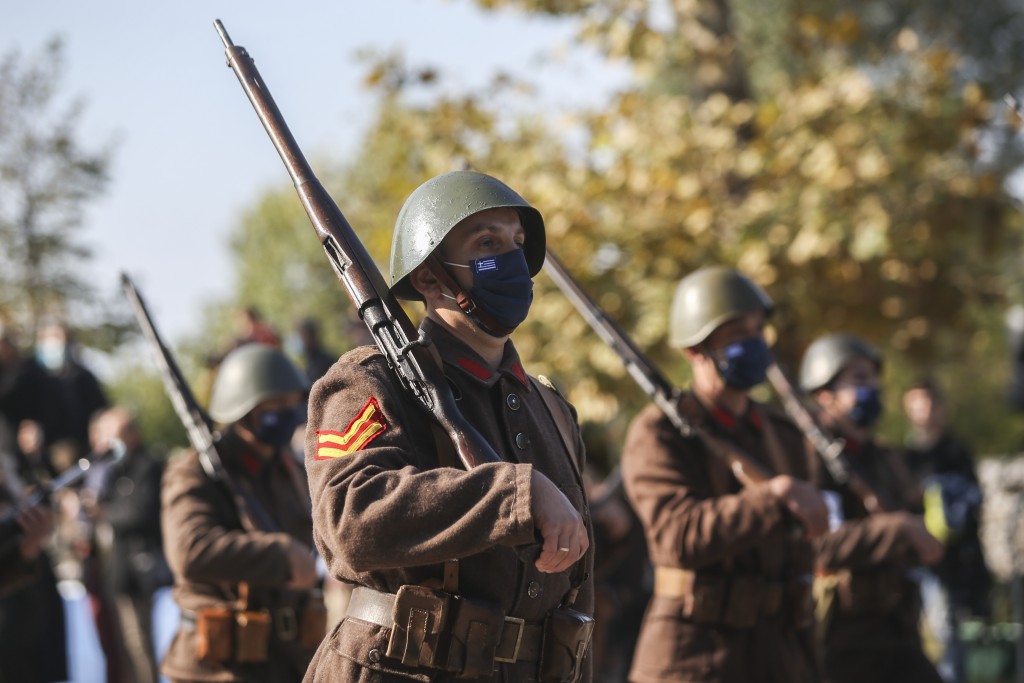 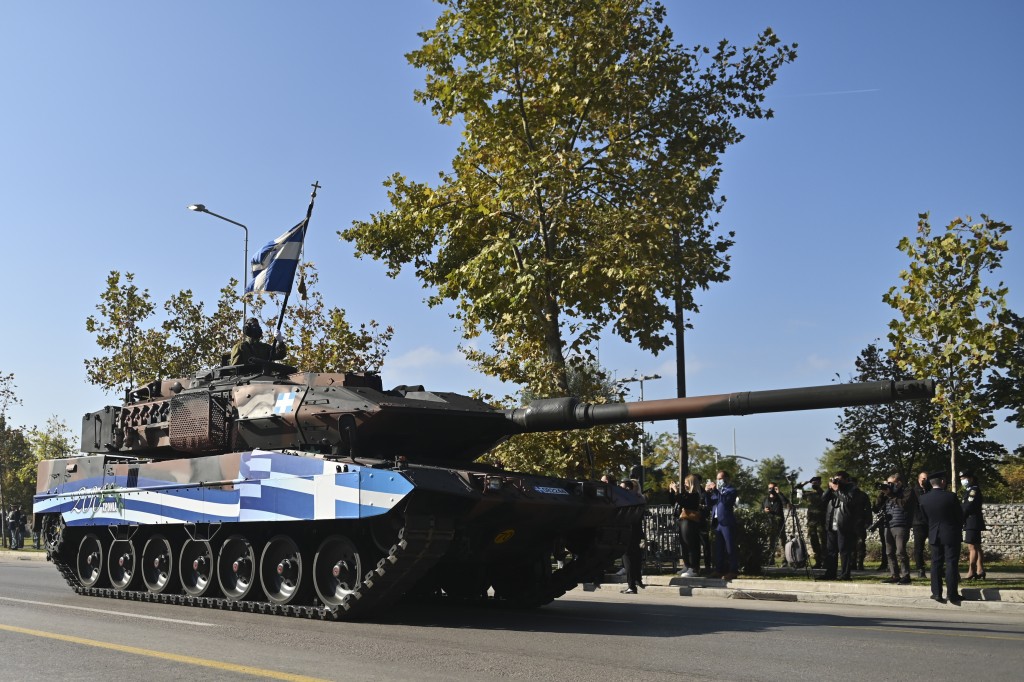 THESSALONIKI, Greece (AP) — Fighter jets flew over the northern Greek city of Thessaloniki Thursday as parachutists landed and troops marched in the city’s center to mark a national holiday commemorating Greece's defiance of Fascist Italy that forced it to enter World War II.

But some student parades traditionally held in municipalities across Greece were cancelled, especially in northern areas which have seen a spike in coronavirus infections, fueled by low vaccination rates in those areas.

Greece’s Oct. 28 national holiday, known as Ochi Day, or No Day, marks the day in 1940 when Athens rejected a pre-dawn Italian ultimatum to allow its forces to enter Greek territory and take control of parts of it.

Italian troops invaded hours later, prompting Greece’s entry into the war, in which outnumbered and outgunned Greek forces successfully repulsed the Italians only to be overwhelmed months later by a separate German invasion.

“The anniversary of ‘No’ is a day of honor and pride for our nation,” President Katerina Sakellaropoulou said, adding that the country’s actions in 1940 “remind us of everything we can achieve when we are united.”

Prime Minister Kyriakos Mitsotakis, who attended a student parade in a southern suburb of Athens, said the day honored “those who fought against fascism and the conqueror.”

“Today we have the right to look to the future with more confidence and more optimism,” he said, adding that Greece was now stronger both geopolitically and economically.

“I wish and hope we can move forward in this future with the unity the times demand and always have the discretion to tell the difference between the useful ‘yes’ and the necessary ‘no’.”

Last year's parades were cancelled as the country grappled with the coronavirus pandemic. This year, most were allowed to go ahead, although Thessaloniki’s military parade was somewhat pared down, with only military, fire service and security forces parading without the participation of many of the civic groups and associations that traditionally take part. Participants and spectators alike were asked to wear masks.

But several municipalities and regions across northern Greece cancelled parades by schoolchildren amid spiking coronavirus cases.

Just over 61% of Greece’s population of around 11 million has been fully vaccinated, and only slightly more — just under 64% — has received at least one dose. The country has been seeing increasing coronavirus infections, particularly in the north, with intensive care units beginning to fill up.

New infections are over 3,000 per day with dozens of deaths, and ICUs set aside for COVID-19 patients in the country are now at an average 77% capacity. On Wednesday, Greece reported 63 deaths and 3,651 new coronavirus cases, bringing the total death toll to 15,770 since the start of the pandemic, with 728,210 confirmed cases.