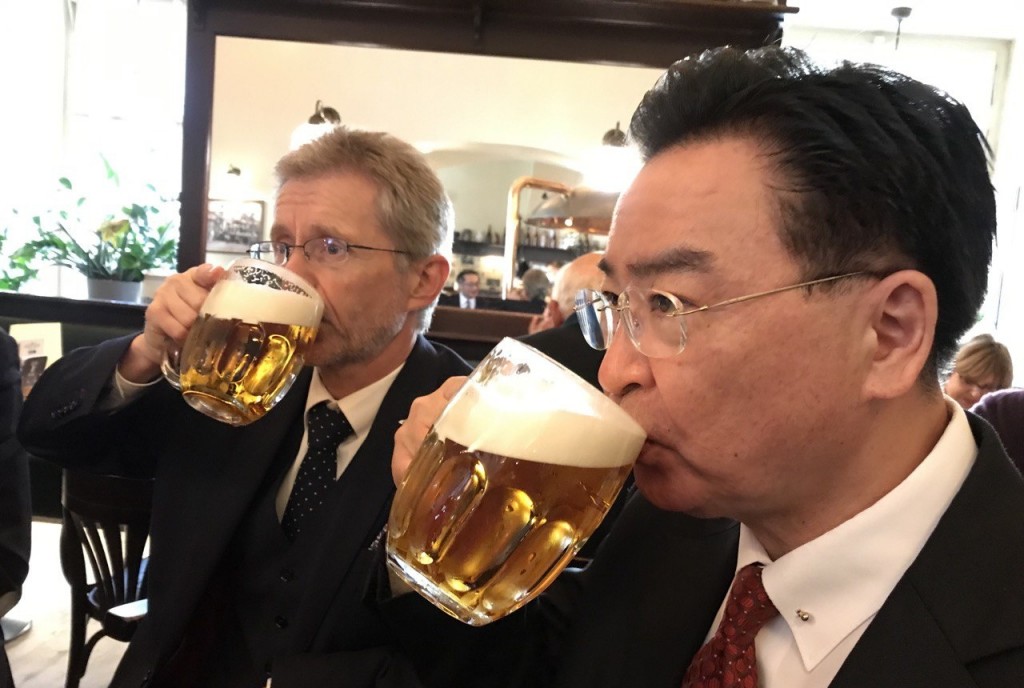 As part of a diplomatic tour of Europe, Wu on Wednesday (Oct. 27) made his first visit to the Czech Republic capital city of Prague following a trip to Slovakia the previous day. During his whirlwind trip to the Czech Republic, Wu met with both Prague Mayor Zdenek Hrib and Vystrcil.

He also delivered a speech at a seminar hosted by the Czech Academy of Sciences and Czech think tank Sinopsis. In his speech, Wu said that "Taiwan has played an important role in countering the rise of global authoritarianism" and that it is willing to share its experience in economic and technological development with like-minded partners "to become a force for good against authoritarianism." Following the speech, Wu visited the Czech Senate, where Vystrcil awarded him a silver medal. While delivering remarks in the Senate, Wu said that the honor belongs to all 23.5 million Taiwanese and recited Vaclav Havel's famous quote: "The salvation of this human world lies nowhere else than in the human heart."

However, the most popular moment from Wu's trip thus far was when Vystrcil had a beer with Wu. On Wednesday, Wu posted a photo of the two of them taking a big gulp from large glass mugs.

In the tweet, Wu explained that Vystrcil had educated him on Czech beer culture. Wu learned that the massive mugs must first be "washed and chilled" before the "amber nectar" can be properly consumed. Wu will next travel to Italy to take part in an anti-China meeting in Rome on Friday (Oct. 29) organized by Inter-Parliamentary Alliance on China on the sidelines of the G20 meeting. The foreign minister is also expected to meet with officials from the European Union.

I'm happy to be in #Prague for the 1st time. The birthplace of late President Havel is beautiful & rich in culture. I'm extremely excited at seeing the wonders of this great capital. Will definitely visit again to enjoy the city in-depth. JW pic.twitter.com/PRuFiS8NBn

Our heartfelt gratitude to @Vystrcil_Milos for hosting Minister Wu & #Taiwan's〔錯誤字元無法儲存〕〔錯誤字元無法儲存〕 trade & investment mission in fine #Czechia〔錯誤字元無法儲存〕〔錯誤字元無法儲存〕 style. His friendship, generosity & loyalty left an indelible impression & always reminds the people of what he said in the parliament: "I am Taiwanese." pic.twitter.com/v3IKtPPTAE

President @Vystrcil_Milos was kind enough to introduce me to Czech beer culture. Mugs must be washed & chilled, & the amber nectar drunk in a special way. Of course, I love it—as you can all tell. Cheers to #Taiwan-#Czechia friendship! JW pic.twitter.com/3wSyDW941U