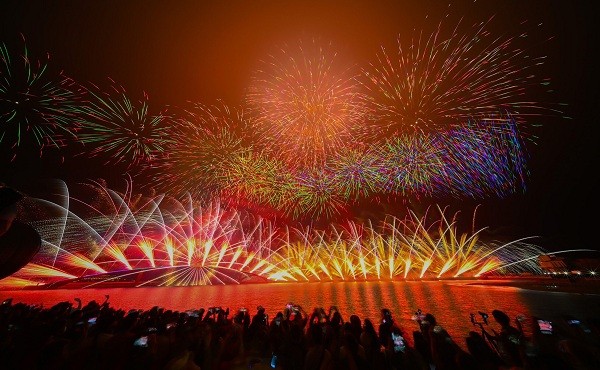 TAIPEI (Taiwan News) — Penghu County is banking on next year’s fireworks festival to bring back tourists after experiencing a sharp decline this year due to the pandemic.

According to statistics from the outlying county’s tourism department, only 501,757 tourists visited from January to September, which is a decrease of 442,225 people compared to the same period last year, CNA reported.

The tourism department told CNA that from January to May, which includes the Penghu International Fireworks Festival in April, the county saw more visitors than it did in the same period last year. However, since late May, when COVID-19 cases surged and the now-lowered Level 3 pandemic alert was first instituted, tourist arrivals have dropped sharply.

During the supposedly busy season from June to September, there were only 94,861 tourist arrivals, which was nearly 700,000 fewer than the number in the same period last year, the department added.

The annual Penghu International Fireworks Festival is the most celebrated tourism event in the county, bringing a total of 520,000 tourists to the archipelago last year. This year’s event was cut short due to the pandemic.

The fireworks festival will celebrate its 20th anniversary next year, and the event will feature 23 shows from Apr. 25 to June 30, with drones and fireworks. Twenty shows are set to take place at the Guanyinting Recreation Area Shows in Magong City on Penghu's main island, while the other three will be held on Wangan Island, Qimei Island, and Jibei Island.